The Leagues Cup: The Right Tournament In The Wrong Place At The Wrong Time 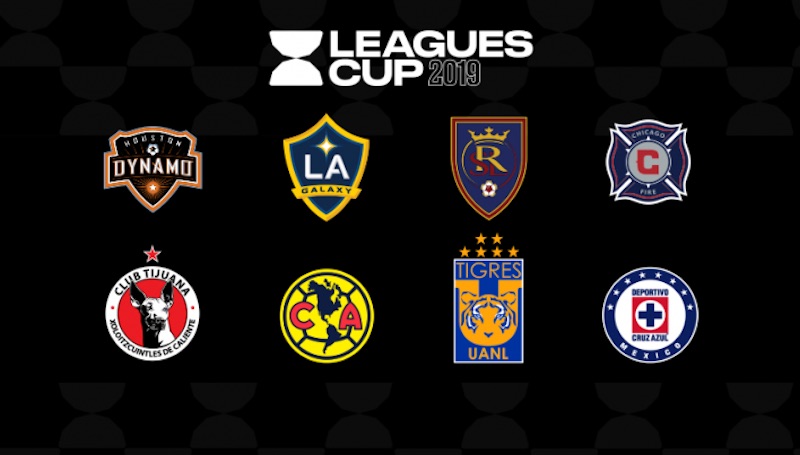 On the face of it the Leagues Cup seems like a good idea. The best teams from Major League Soccer and Liga MX going head to head in a short showcase tournament. What’s not to like?

Well… there may be one or two things to consider when determining how beneficial this competition will be to the bigger picture of the North American soccer landscape.

The tournament is the latest attempt to create some cross-border competition between Mexico and the United States.

A previous, similar idea — the North American SuperLiga — only lasted for four seasons. It ran from 2007 to 2010 and was won by Mexican sides three times, and MLS once when New England Revolution won an all-American final against Houston Dynamo in 2008.

Clubs from the two nations also compete in the Campeones Cup which pits the MLS Cup winners against Mexico’s Campeón de Campeones. This one-off game was established in 2018 with Tigres defeating Toronto 3-1 at BMO field. Atlanta United will play Club América in this year’s edition on August 14, just six days before the semi-final of the Leagues Cup.

But while Atlanta hasn’t been invited to play in the Leagues Cup, América has, so will have a quick turnaround in terms of continental action should they defeat Houston in tonight’s quarter-final.

This brings us to the first potential problem. It’s played right in the middle of an already busy schedule.

Houston, for example, go into this game just four days after their last MLS fixture, and three days before their next. Though this type of midweek game is a common occurrence for many teams in world football, it will likely provide a tougher test to the salary-capped squads of MLS, with many likely to field reserve teams.

And it’s not just the turnaround time which poses a problem, it’s the impact on other competitions.

The Leagues Cup feels more like a tournament arranged as part of a set of pre-season friendlies. The type played in North America by the top teams from Europe before they kick off their competitive domestic and continental games.

It also feels like it has been set up primarily for marketing purposes rather than football ones, and while there’s nothing wrong with that, and there is nothing wrong with an interesting friendly tournament between teams who might not play each other too often, given its current place in the calendar it is in danger of overshadowing other more authentic and historic competitions.

The Concacaf Champions League already exists to decide the best team in North and Central America, and though this finishes in May, this newly devised heavily-marketed Leagues Cup tournament may still threaten it.

Teams qualify for the Champions League on merit through their domestic leagues, with this years version featuring teams all the way from Canada in the north, to Honduras in the south. Given the nature of the region it is one of the most diverse continental competitions around, and should be celebrated more than it already is.

The addition of the Leagues Cup to this landscape could give the impression that only Liga MX and MLS clubs matter in Concacaf, even if that’s not the intention.

The top three most successful nations in Concacaf Champions League history are, in order: Mexico (23), Costa Rica (6), and El Salvador (3); while the likes of Haiti, Guatemala, Honduras, and Trinidad & Tobago are all level with the United States (and MLS, seeing as Canada has never won) on two titles.

There were five meetings between MLS and Liga MX sides in the 2019 Champions League and Sporting Kansas City were the only MLS team to come out on top when they dispatched Toluca 5-0 across two legs, but once reaching the semi-final where they faced Monterrey, they were thrashed 10-2 on aggregate.

Mexico are the dominant force, and one reason put forward for the Leagues Cup is to satisfy their need for continental competition due to no longer competing in Conmebol’s Copa Libertadores—the South American version of the Champions League which they believed provided them with better competition.

But coming up against inferior MLS sides may not provide the tests they’re looking for.

On top of the Champions League there is also the US Open Cup to consider.

This is the most historic competition in a nation that struggles to come to terms with its soccer history, partly because its not in the interests of MLS to drag up soccer pre-1996—even though it could be beneficial for them to do so.

With the US Open Cup being open to all, as its name suggests, there is a real opportunity to discuss the history of soccer in North America and write stories on teams and players which aren’t given as much coverage as their MLS counterparts.

But instead this history is usually ignored or brushed under the carpet. There is an idea that no one is interested in the US Open Cup, but at the same time little interest is generated compared to other less prestigious and competitions which are given more column inches and promotional content.

It will be interesting to see how the Leagues Cup is marketed compared to the more traditional tournaments, and it wouldn’t be a surprise to see it forced into the limelight more than the likes of the Champions League and Open Cup.

You get the impression that, while Mexico may or may not need this tournament for competitive purposes to help make up for their lack of participation in the Libertadores, for MLS clubs it is as much of a marketing exercise to get more Mexican eyes on their league. Their progress against the better league south of the border will be judged, but the doesn’t seem to be the primary concern.

The better test for Mexican teams may be to bring back the Champions League group stages, but also allow American and Mexican teams to be drawn in the same group, which was not the case last time the tournament included a group stage.

Even better for Mexican sides would be to capitalise on the numerous European sides who will be looking to play pre-season friendlies at this time of year, and use those to test themselves during their own pre-season which isn’t aligned with MLS.

For Canadian and American clubs, this tournament could still be worthwhile in the off-season, but the MLS calendar doesn’t conform with most of the rest of the world, including Mexico (MLS doesn’t even stop for FIFA international breaks) making it difficult to play this at a time which suits both leagues.

Whatever is the right format and whenever is the right time, this doesn’t feel like it. Other tournaments and the clubs themselves need room to breathe and market these games rather than have to spend time promoting another competition.

Give the Open Cup more prominence, re-shape the Concacaf Champions League to include a more competitive group stage, and treat the Leagues Cup like the group of marketing-led exhibition matches that it is.