Who Are Favourites For The 2019-20 Superliga Argentina? 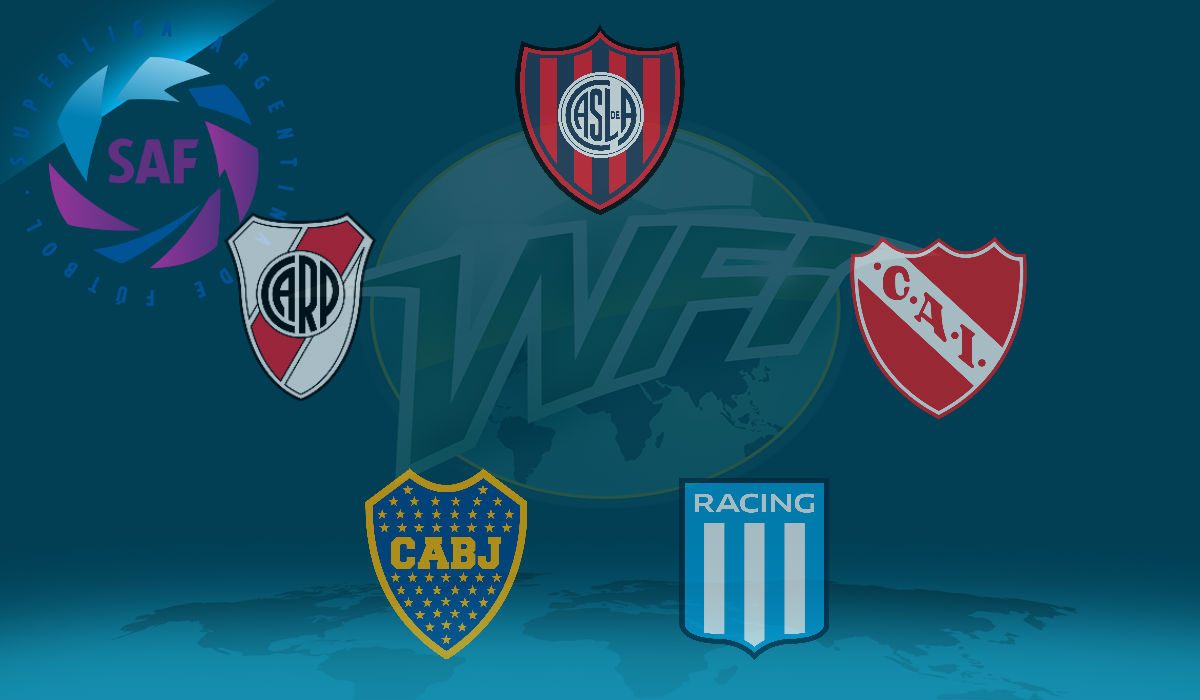 A new edition of the Argentine Superliga kicks off this weekend. With each team playing the other 23 once and then a champion being crowned in March, it has the feel of the old Clausura and Apertura league formats previously played in the country before the league was inexplicably inflated to 30 teams.

With every club undergoing a turnover of playing staff and having different continental commitments in the second half of the year, picking a favourite to lift the title is far from simple.

We analyze the chances of each of the “big five” and assess whether any of the other teams could challenge.

Racing are the current Superliga champions but have lost a couple of the players who helped carry them to the title in April.

Lisandro Lopez and Dario Cvitanich, the club’s chief attacking threats, are also in their mid-30’s one year closer to retirement.

One factor which will favor Eduardo Coudet’s side is the lack of continental or domestic cup competitions. Argentina’s grandes are obsessed with international honors, so while the others rotate and prioritise their chances in the Copa Libertadores and Copa Sudamericana, Racing will be free to focus all their efforts on the domestic league having already been put out of the Copa Sudamericana and Copa Argentina.

This was a key factor in them finishing so far ahead of Boca Juniors and River Plate last season.

Boca Juniors have the deepest pockets and consequentially the strongest squad in Argentine football.

Under Daniel Angelici’s reign as president, the club has never failed to spend freely to boost their strength in depth.

In recent weeks both Daniele De Rossi and Eduardo Salvio arrived from Europe to add quality and considerable experience to the team. While many will see them as favourites to win a third league title in four years, two factors weigh against them.

Firstly, the impending departure of Dario Benedetto to Marseille stunned supporters in July. The attacker was phenomenal for the Xeneize and gained a reputation as the most lethal No. 9 in the country.

His goals will be difficult to replace, even if good things are expected from Jan Hurtado who comes in from Gimnasia.

Secondly, Boca’s main priority this year is to win the Copa Libertadores for the first time in 12 years. After losing the infamous final to rivals River last year, the club’s fans are desperate to avenge that memory and get their name on the Copa for the seventh time.

They have the strength in depth to rotate for league matches, but it will affect their results- their league progress may suffer if they go deeper in the continental trophy.

Daniele De Rossi lands in Argentina and is immediately swarmed by Boca Juniors fans and the media 😳 pic.twitter.com/x7UBeh3CCI

When Marcelo Gallardo gets his first-choice XI focused and firing, River are probably still the best team in Argentina, and the whole of South America, as last year’s Copa Libertadores proved.

However, the young manager is so transfixed by the Copa that he has no problem sending out second-choice and even youth team players to represent El Millonario in league matches in order to protect his most trusted troops for continental battles.

They face Cruzeiro in the next round of the Libertadores, and if they progress it’s almost impossible to see River challenging for the league as they will focus firmly on trying to bag back-to-back Libertadores titles for the first time ever.

Despite the emergence of several promising youngsters from their academy, they have failed to bring in a single player in the transfer window and their alternative lineups are not strong enough to mount a title bid.

Only elimination to the Brazilians on July 30 would see River switch their efforts to domestic football early enough to challenge for the league.

All you need is River Plate… pic.twitter.com/MIV4ilvU1w

Independiente will be fascinating to watch this semester as they have made the most exciting changes off the pitch.

International readers may only remember him as Jorge Sampaoli’s long-haired assistant from the 2018 World Cup, but domestically he has worked wonders.

Last year he took small and unfashionable Defensa y Justicia into the title race for the first time ever and only lost out by a handful of points to the much richer Racing.

After their second-placed finish, they are preparing to play in the Copa Libertadores in February.

Beccacece decided to abandon that project and take over the Reds in May.

Can he replicate the bold attacking style Defensa had at Independiente? If so, how long will it take, and how many players will he need to bring in?

Can a bigger club play with the fearless ‘nothing to lose’ attitude Defensa did? The answers are uncertain but finding out should be fun.

Independiente is another club that will be distracted by continental duels. They are advancing in the Copa Sudamericana (Europa League equivalent) and the so-called ‘King of Cups’ would love to add another international trophy to their enormous collection. That may hamper their domestic campaign.

🤩🤩 that skill tho @Independiente pic.twitter.com/z2q5rxOrHu

El Ciclon is another team with a new manager. Juan Antonio Pizzi returns to the club he led to the title in 2013 after Jorge Almiron failed to turn around their sagging fortunes.

They have already made some interesting signings such as Lucas Menossi, but after finishing 23rd of 26 teams in April, this team needs a massive overhaul which will take time.

They will no doubt return to their glory days in the future, but this edition of the Superliga may have come too soon for them to dream of becoming champions.

Best of the rest

Of the rest of the pack, one team has been developing into a very solid outfit over the past year — Gabriel Heinze’s Velez Sarsfield. El Fortin finished sixth in the previous edition and seem in a good position to launch their most serious bid for the title in a few years.

Despite Matias Vargas’ departure for Espanyol, Velez have numerous promising youngsters and are probably the only name outside the “Big Five” which can harbour any ambitions of challenging their neighbours.

Loading...
Newer Post
Sebastien Haller: The Man Under The Radar Is A Genius Signing For West Ham
Older Post
Stateside Soccer: Writing The History Of Soccer In The United States