Sebastien Haller: The Man Under The Radar Is A Genius Signing For West Ham 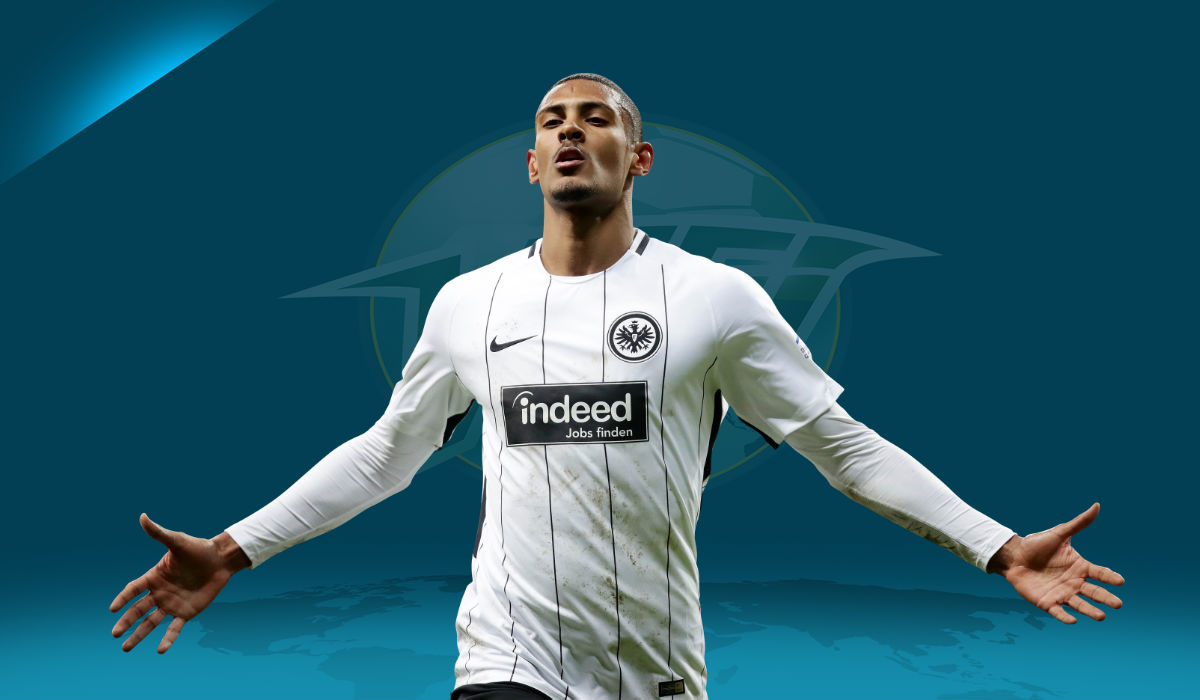 If you heard anything about Eintracht Frankfurt last season, it probably wasn’t about Sebastién Haller.

When the Frenchman was announced as a West Ham player last week, the overwhelming response from Hammers fans was confusion. No one really knew who he was and, when you consider who he was playing with, it’s clear to see why.

If you have heard anything about Frankfurt from last season, it was probably about Haller’s former teammate Luka Jović–the 21-year-old Serb who burst into the football consciousness and was snapped up by Real Madrid at the end of an impressive season.

Haller may be the lesser known of Frankfurt’s former attack force, but he was still a major player in their impressive season.

So when asked who Haller is, the answer may very well be: one of the smartest deals West Ham has ever made.

That might sound overly optimistic, and in truth it probably is–a player with no Premier League experience coming into a team with depleted attacking options and being its saving grace? Yes, that’s optimistic, but not unfathomable–especially when considering the player Haller is.

People may not have waxed lyrical about the Frenchman as much as they did Jović, but that did not make him any less important for Frankfurt.

He scored 15 goals in the Bundesliga last season and assisted nine, while Luka Jović scored 17 and assisted six.

A 6’2” forward who possesses incredible hold-up play, vision, and goalscoring ability. Frankfurt may miss him as much as they miss Jović next season.

Of course, the issue with coming into West Ham at the moment is the lack of options for a strike partner, something which Haller seems to benefit from.

It will be interesting to see whether he has the ability to play on his own or whether West Ham line him up alongside Chicharito or perhaps even another new striker.

However he is deployed, Haller should be an exciting addition to the Premier League simply due to his ability as a player and as a focal point of a team.

A player that was so impressive and integral for most of last season, his injury was likely the reason why Frankfurt surrendered their chance for Champions League football.

Due to an abdominal strain, Haller was out for five league games towards the end of last season which saw Frankfurt only win once, including an emphatic 6-1 loss to Bayern Leverkusen in which neither Haller nor Jović played.

They were set for Champions League football before then, but ultimately had to settle for the Europa League.

Before that run of games, Haller had played 90 minutes in almost every match in 2019 and was a big reason Frankfurt remained unbeaten in the calendar year up until April.

It was clear to see that they were lacking something without him in the team since he had become so important for The Eagles, much like Jović.

Haller and Jović scored vital goals for Frankfurt and are both clinical strikers. They were each capable of being in the right place at the right time, linking up play and at finishing in tough situations.

So why is Jović not going to West Ham? And why is Haller not joining Los Blancos? You could argue certain things, such as the Serb’s tender age of 21 or the fact that it was effectively Jović’s first full season in a top league, but in truth, I think the answer there would be performances in Europe.

Not shining on the European stage

Two goals are not enough to decide whether you go to Real Madrid or West Ham, and even if those kind of numbers were a factor Haller was actually involved in more Bundesliga goals than his Serbian counterpart.

But if Haller’s biggest strength is his attacking prowess, his biggest weakness is probably that he didn’t show it at the right time.

Haller and Jović again had similar numbers in the Europa League group stage, with three and four goals, respectively, but it was the knockout stages that really set them apart.

Jović ended his European campaign with 10 goals, having scored against every opponent he had faced, while Haller finished with five, scoring in just one knockout game.

Had the 25-year-old been fully fit for the two legs against Chelsea there might have been a considerably larger amount of buzz surrounding his arrival in the English capital, but instead he was only able to make a rather muted 30-minute appearance in the second leg due to his injury.

Jović on the other hand had lit up Europe when everyone really started watching, scoring vital goals against Inter, Benfica, and two against Chelsea to push the German team as far as they went.

Jović made his name on the European stage just as Real Madrid were losing theirs, and it’s understandable to see why the Serb received a call from the Spanish capital with all the excitement that was surrounding him.

It was likely not the two goals in the league that set these two apart, but the five in Europe.

Eintracht Frankfurt’s forwards in the Bundesliga and Europa League this season:

Haller should not be discredited for his lack of performance in the knockout stages, especially when he was dealing with an injury.

He never really had a breakout moment, never had a five-goal game, a Europa League stunner, and is yet to receive a full international cap for his country–but make no mistake, this signing is smart.

You don’t teeter at the top of the goals and assists charts in one of the world’s best leagues without good reason.

West Ham may have shelled out a considerable amount, but in all honesty that only seems inordinate because of his lack of stage presence, so to speak.

He was a consistent and vital player for Frankfurt, and his league numbers are directly comparable with a player now at Real Madrid.

Perhaps if he had scored some crazy goal that went viral on Twitter or if he had scored a back-heel goal against Bayern, this transfer would be more widely recognised as the genius move that it is.

If he had been fully fit for Frankfurt’s entire Europa League run or scored a goal against Chelsea, West Ham fans might realise the outrageous piece of business that their club has pulled off.

But that didn’t happen, none of that happened, and somehow West Ham have managed to complete what may turn out to be one of the shrewdest transfers in modern football, and doing so fairly under the radar.

Sebastién Haller might not be a name you know now, but you soon will.