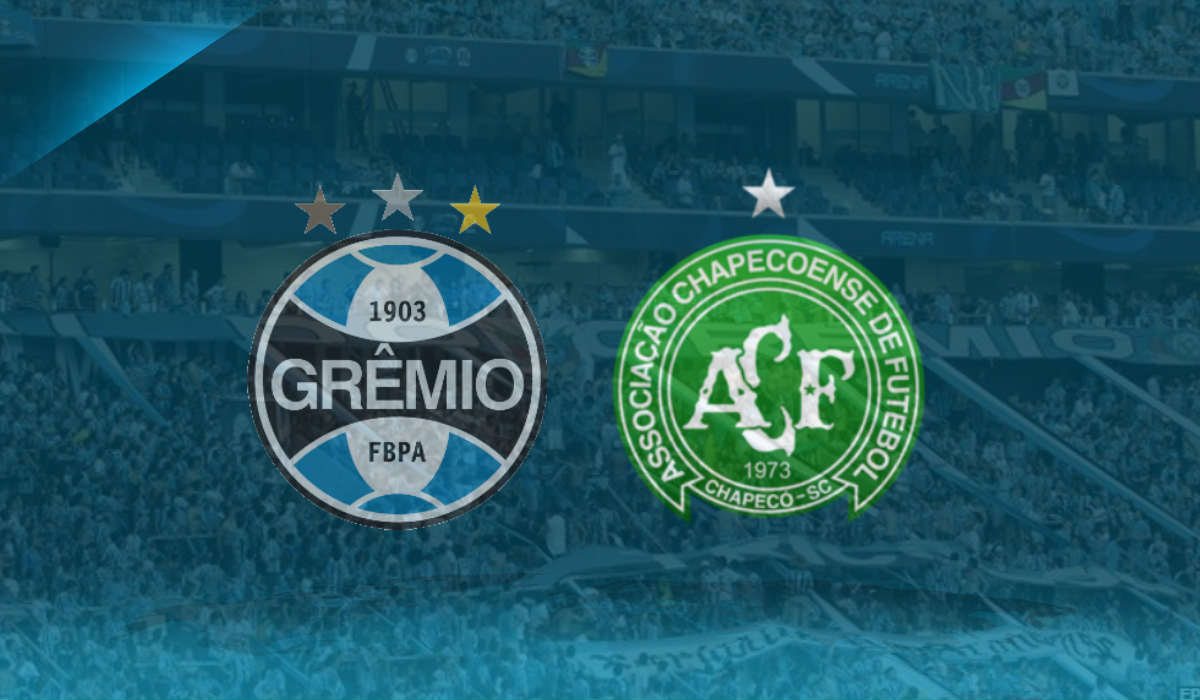 Last night Grêmio and Chapecoense battled it out in a classic six-goal thriller at the Grêmio Arena in Porto Alegre.

Going into the game Grêmio were looking to extend their unbeaten run to an impressive 11 games in all competitions, while the visitors were looking for their first win in eight matches.

Last time out Grêmio put in an impressive away performance in the Copa Libertadores, beating Paraguayan outfit, Libertad three goals to nil. Chapecoense came into the game on the back of a goalless draw at home to Bahia.

The hosts started the game the better of the two. The first test for Tiepo in the Chapecoense goal came inside five minutes when a long-range effort from Everton was parried away.

Moments later Grêmio scored the first goal of the game. A floating corner by Alisson was met by Pedro Geromel who headed the ball home – there was nothing Tiepo could have done to keep the effort out.

Just three minutes later the home side’s celebrations were cut short as Chapecoense captain, Everaldo, worked some magic, dribbling past two Grêmio defenders and firing his shot past Paulo Victor into the back of the net.

After the exhausting opening 11 minutes, things died down, that was until until Everton tried his luck from around 22 yards out. His shot surprised Tiepo as the ball bobbled past him into the bottom left of his goal, giving the lead back to the Immortal Tricolour.

Could that be the last goal Everton scores in a Grêmio shirt? He is heavily linked with a move to Europe. so only time will tell.

Ten minutes later the game was all square again as a corner from Camilo picked out Gustavo Campanharo who put a bullet-like header passed the hopeless Victor.

The side from Chapecó ended the half the stronger of the two sides, and a strike from Santos loanee Arthur flashed just past the Grêmio post, almost giving his side an unlikely half time lead.

In the second half Chapecoense stunned Grêmio and took the lead thanks to a delicate cross from Augusto which found Arthur, who this time guided his shot in the bottom corner making it 2-3.

Grêmio pushed for an equaliser. Henrique Matheus saw his effort go narrowly over the bar and substitute Diego Tardelli’s heading effort drew a miraculous save by Tiepo.

Despite Verdão’s efforts they could not withstand the Grêmio barrage for any longer. A free-kick from former South American player of the year, Luan, was met by Diego Tardelli whose powerful header finally beat Tiepo to pull things level.

And that is how this classic meeting would end up, with the teams sharing the spoils. Grêmio will be disappointed with only a draw, while Chapecoense will be going home satisfied, having earning a point when they were expected to be beaten comfortably.

Next up for Grêmio is a tough trip to Flamengo at the famous Maracana. Chapecoense will face another away day, this time in Fortaleza taking on Ceara.