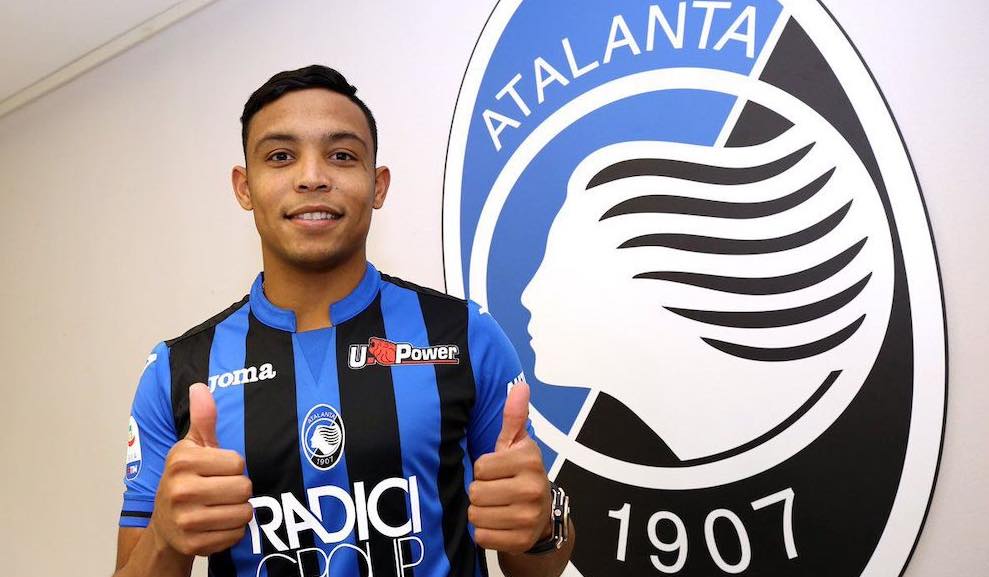 Let’s set the scene. It’s the 55th minute at the Stadio Paolo Mazza in the opening round of the Serie A season, and the home side, SPAL, are leading Atalanta 2-1.

The home fans are dreaming of a win and three points to start the campaign as Gian Piero Gasperini throws on new striker Luis Muriel to replace defender Andrea Masiello.

Anyone who knows anything about the Grugliasco-born tactician knows he loves to entertain, and entertainment is exactly what we got on Sunday night in Ferrara.

Less than five minutes into his debut, Muriel hit a rasping left-footed volley that forced SPAL goalkeeper Etrit Berisha into a sprawling save to his left, but this merely delayed what was to come from the boot of the Colombian.

On the 70th minute, the 28-year-old collected a pass from captain Alejandro “Papu” Gomez, carried the ball forward a few yards and hit a daisy cutter of a right-footed shot into the far corner. The game was tied at 2-2.

There was more to come. Just six minutes later the journeyman forward picked up a loose ball after the SPAL defenders failed to clear properly, and calmly slotted into the goal.

The Bergamo club now led 3-2, and despite a late surge from the home side no equaliser was forthcoming. The points were in the bag for the Nerrazzurri.

Muriel was signed by the club for around €18m this summer, and wasted no time announcing himself to the fans.

The Colombian has already played for seven clubs in his home country of Colombia, as well as bouncing between teams in Serie A and La Liga.

His first foray into Europe was at Udinese where, after a loan spell at Granada, he racked up 19 goals in 65 games helping the Frulians qualify for Europe.

A further loan spell at Lecce was followed by moderate success at Sampdoria, Sevilla, and Fiorentina, before ending up with Atalanta.

Despite his undoubted talent, he has not yet transformed it into consistent performances on the pitch.

Atalanta could be the springboard to fulfil his potential, and at a time when he should already be in the prime of his career, it could be his last opportunity.

The club from the Lombardy region has just qualified for the UEFA Champions League for the first time in their history, being drawn in a group with Dinamo Zagreb, Shakhtar Donetsk, and Manchester City.

A manager with an attacking philosophy, a mixture of youth and experience, and a fanbase as passionate as any around Calcio — the conditions seem ideal for Muriel.

He is the type of all-round forward that can give Gasperini options as he takes on the task of managing the club in three competitions.

Last season Atalanta’s forward line was made up of Gomez and Josep Ilicic playing either side of Duvan Zapata in a 4-3-3.

Muriel is blessed with speed, dribbling ability, quick movements off the ball, ability to link well with teammates, and is capable of scoring with either foot.

He is tailor-made for Gasperini’s Atalanta. He can play in all three attacking positions, which will allow the team to rotate in Serie A, the Coppa Italia and Europe.

We have seen in the past that teams of Atalanta’s profile have struggled to manage the workload of those three high intensity competitions, but what sets this squad apart is that they have managed to hold on to their best players, with young defender Gianluca Mancini being the only departure.

In addition to the Colombian, they have also acquired central midfielder Ruslan Malinovskyi and experienced defender Martin Skrtel.

Muriel is one of the best signings in the club’s recent history and his presence gives the team added depth as they get ready to take on the challenges of the 2019/20 season.