Norwich And Pukki – The Perfect Fit For The Premier League 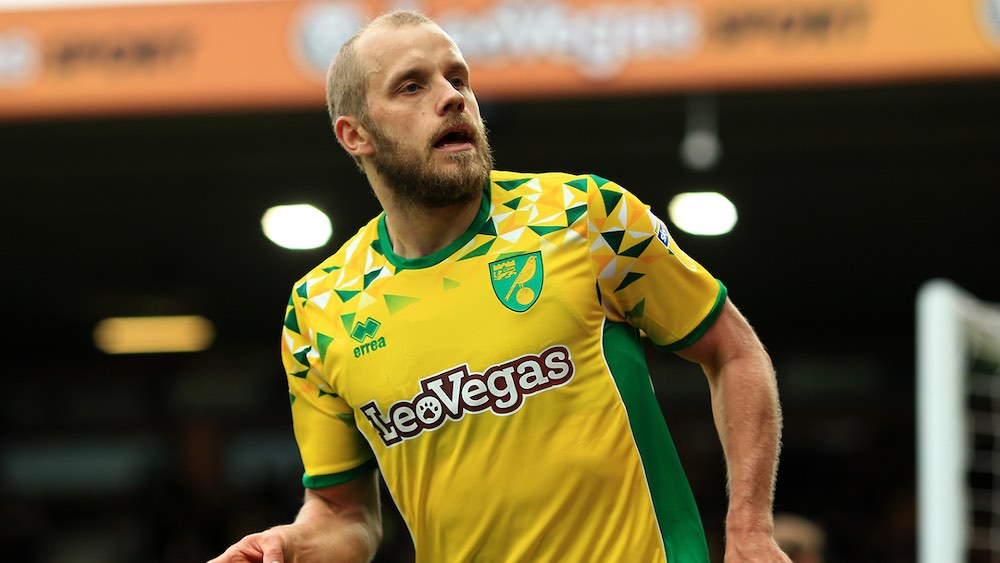 He has been one of the biggest stars in the Premier League so far this season, tormenting the defences of Liverpool, Chelsea and Newcastle. Currently joint top scorer in the league with five goals in just three games, Teemu Pukki has fans around the globe baffled.

The Finnish forward arrived at Norwich City on a free transfer from Brøndby, tasked with spearheading their Championship campaign and the quest to gain promotion to the promised land of the English top flight.

His career before joining English side had been unflattering to say the least. His record at Brondby was good but not blistering, while his last spell on the British Isles saw him face difficulties in a dominant Celtic side.

At 29 years old, most would be forgiven if they said the forward would not adapt to the step up from the second tier of English football. Many have tried and many have failed. The intensity, speed and overall quality of football is deemed to be at a premium among the likes of Manchester City, Liverpool and Tottenham.

But the delightful thing about the Premier League is that is can throw up surprises — fantastic little storylines and narratives which make it the most watched division in world football.

In recent years we have seen the meteoric rise of Bournemouth from the brink of extinction to becoming an established top flight team.

We’ve seen players make a name for themselves at all ages and points in their career. Gareth Bale plied his trade at Tottenham before a Champions League night against Brazilian full back Maicon thrust him into the limelight, earning a move to one of the biggest clubs in the world, Real Madrid.

There have also been a large number of players who start their life in England on fire. Roque Santa Cruz at Blackburn Rovers and former Swansea hitman Michu stand out as flash in the pan strikers. Both enjoyed stellar seasons before waning.

Those who are less interested in the lower leagues of English football may draw these comparisons when Pukki comes into conversation, not realising the impact he had in the Championship, scoring and incredible 29 goals in the 43 league games.

To say he is a one season wonder, is both lazy and naive. Scoring goals in the Championship is no easy feat. Compared to the second divisions in other countries, it is one of the most competitive and demanding around.

The success of Pukki is no fluke, and while the man himself deserves immense credit for the way he looks after himself, his attitude, application and determination to succeed, credit must go to those in charge at Norwich.

After their 3-2 defeat at Carrow Road to Chelsea, the Norwich sporting director, Stuart Webber, joined the BT Sport pundits pitch-side to give some insight into the way the club have conducted their business since promotion.

“When I hear people call us naive, I think ‘watch the game properly!'”

The Canaries aren’t just here to make up the numbers! Stuart Webber breaks down the vision behind Norwich City’s rise.

The cliché barked at any promoted side is that they must spend money to compete, but the season prior saw Fulham throw £150m at the squad only to suffer relegation no 10 months later.

Norwich meanwhile, barely broke 750k in terms of incomings for the upcoming season.

Despite sitting in 17th place with just three points on the board, everyone has been impressed with the way Norwich have played.

A comprehensive 3-1 win over Newcastle was sandwiched between defeats to top six clubs Liverpool and Chelsea. But in amongst those performances, Pukki has stood head and shoulders above all, racking up fantasy football points and grabbing himself a match ball in the process.

During his pitch-side chat with BT Sport, Webber explained the thought process behind the Pukki signing to former Chelsea midfielder Joe Cole.

According to Webber, they analysed the data available to them on Pukki, and recognised he was hugely successful at converting from specific situations.

His ability to break an offside trap and shoot across goal early has been evident since the start of the season.

With someone so prolific in a certain scenario, it made sense for Norwich to take a chance on him and build a team that created a high volume of those specific chances. An experiment which transformed the fortunes of the club.

Over the course of these three games, he has a goal against Liverpool and Chelsea whilst smashing in a hat-trick against Steve Bruce’s Newcastle.

During these games, his total xG is, 1.28, a figure which, considering the quality of opposition, is a testament to the chance creation of his teammates.

What is more amazing, is that he is outperforming that stat by an incredible margin with those five goals.

Those goals came from just 11 shots, with 9 hitting the target (81.8%), showing that Pukki’s decision making and quality when around goal is a key factor for his early success.

Whilst that level of accuracy and success may not be sustainable in the long term, Norwich have put behind them two difficult fixtures and come out of the other with maximum points. The numbers Norwich and Pukki are posting against high quality opposition puts them in good stead against the lesser sides in the Premier League.

The primary focus for Norwich will be Premier League survival and in order to do that it will be essential they stick to their principles and get the best out of Pukki.

After their next Premier League fixture against West Ham, a visit from champions Manchester City is on the horizon.

While that fixture may well result in some doom and gloom in East Anglia, they can take solace from the recent performance of Bournemouth, who often cause Pep Guardiola’s men issues with their forward thinking, positive approach — something also evident in this Norwich side.

After that come a run of favourable games against Burnley, Crystal Palace, Aston Villa and Bournemouth. A run which could be huge in the long-term future of Norwich City’s Premier League status.

But with Pukki and the supporting cast of Todd Cantwell, Marco Steiperman and Emiliano Buendia, they have the firepower, style and quality to pull through and avoid an immediate drop back down to the second tier.