Brian Span On Facing Totti, Pato And Moving To Sweden With Västerås SK 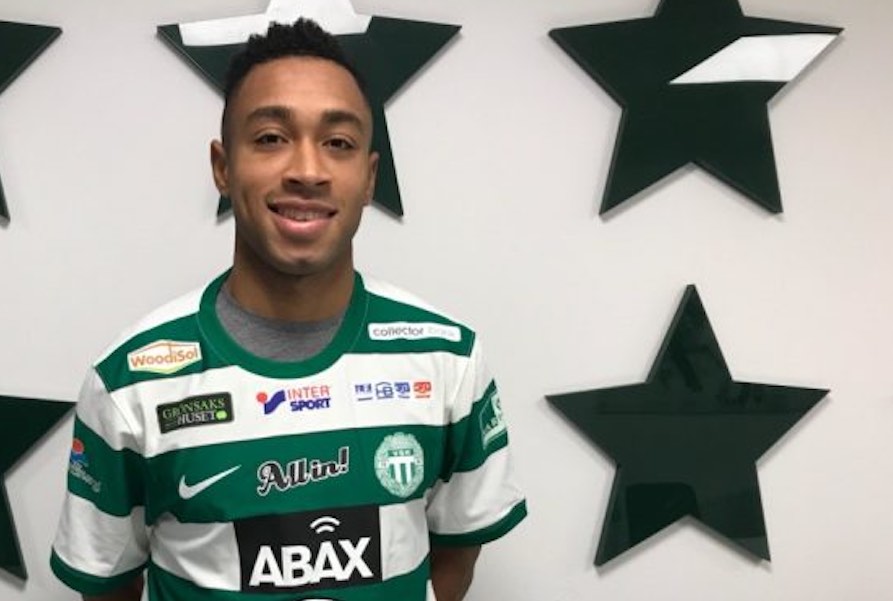 You signed for Västerås SK IN 2018. How are you enjoying your time there so far, and how would you describe the club?

“I am really enjoying it. When I was first approached by Västerås SK it was a new, interesting project for me, after having three successful years with IFK Marieham in Finland.

“I felt I needed a new challenge and I wanted to go to a club that had a lot of ambition. I received overtures from the club, they were persistent, and really wanted me there.

“Västerås is close to Stockholm and I have my fiancée here too, so I felt that it would be a good decision both on and off the pitch.

“At the club things are getting better. We are in the second division in Sweden, and players realise that they must step up to a higher level.

“We are finding our feet as a squad and regularly playing well, so there is a good feeling around the club and the moment and we just want to build on that.”

You had a loan spell at Orlando City in USL Pro in 2014. How do you look back on your time playing in the United States?

“I originally signed for FC Dallas at the time. After having a good pre-season, and although the club said that they were happy with me, I felt that they did not want to give me the chances that I was looking for. I wanted and needed to play.

“Orlando City approached the club to take me on loan, and I said yes immediately. I went on to play in a competitive environment and played regular matches. We finished first in the league and won a trophy.

“I really enjoyed my time at the club in my first full season as a professional. I remember that in that summer we played two friendly matches against AS Roma and São Paulo, and it was fun to play against the likes of Francesco Totti and Alexandre Pato. I will cherish my experiences at the club for a long time.”

You had a three-season spell at IFK Marieham in Finland. How do you look back on your time at the club and do you have any highlights and memories?

“When IFK Marieham gave me a call to inquire about my services, they needed a player like me and they really wanted me to come to the club. I wanted to return to Europe to play my football, and I arrived at the club with an open mind.

“We had a great squad of players and there was a real family feel about the club. We did not have any superstars just a group of humble guys that wanted to work hard for one another.

“We were ambitious, too, and that combination ensured that we were successful. We also went on to play Champions League and Europa League qualification. My three years at the club were awesome.”

You have experience in playing in the US, Finland, and now Sweden. Could you say who are among the best players that you have played alongside in your career?

“I have been fortunate to play with some really talented players. When I was at Djurgårdens IF I played with Kasper Hämäläinen, who is also a good friend of mine.

“He played many seasons for Legia Warsaw in Poland. He was a tall player with fantastic ball control and great awareness too. He also had the ability to dribble past one or two players and he was constantly on the attack. It was a joy to play with him.

“Also, Fabian Castillo at FC Dallas really impressed me, especially in training. He had pure speed and such athleticism. No matter what you did when defending against him, he still found a way to get past you.”

I can imagine in your position as a midfielder that you have come up against some good players throughout the years. Could you say which opponents that have stood out for you?

“The most fun player to play against was Franceso Totti in the pre season match against AS Roma. He is such a legend and to be on the same pitch as a player of that caliber was special.

“The thing that stood out to me was his composure. He was just so calm, and whenever he had the ball his teammates played around him.

“I remember the amazing goal he scored in that match in a 1-0 win. One chance and he buried it. He made everything easier for his teammates and made things look easy, even though at that time he was not at his prime.

“Another player is Alexandre Pato. I always followed him during me career and to experience first hand how dangerous he was on the pitch was great. He was very impressive.”

Finally, Brian, could you say who are the managers that have played a key role in your development as a professional footballer?

“When it comes to professional football it is hard to pick out one manager. I would say I learned a lot from then Orlando City manager Adrian Heath.

“He was very honest and strict, but it did that in order to help his players. He only wanted his players and the team to get better. Our training sessions were often fun but very demanding, and he managed to keep a good balance in being very professional and at the same time allowing players to enjoy themselves.

“When I played college football my manager at Virginia Cavaliers, George Gelnovatch, helped in my development to become a professional footballer.

“He is currently still the coach of Virginia Cavaliers and his has won many titles as their manager.”