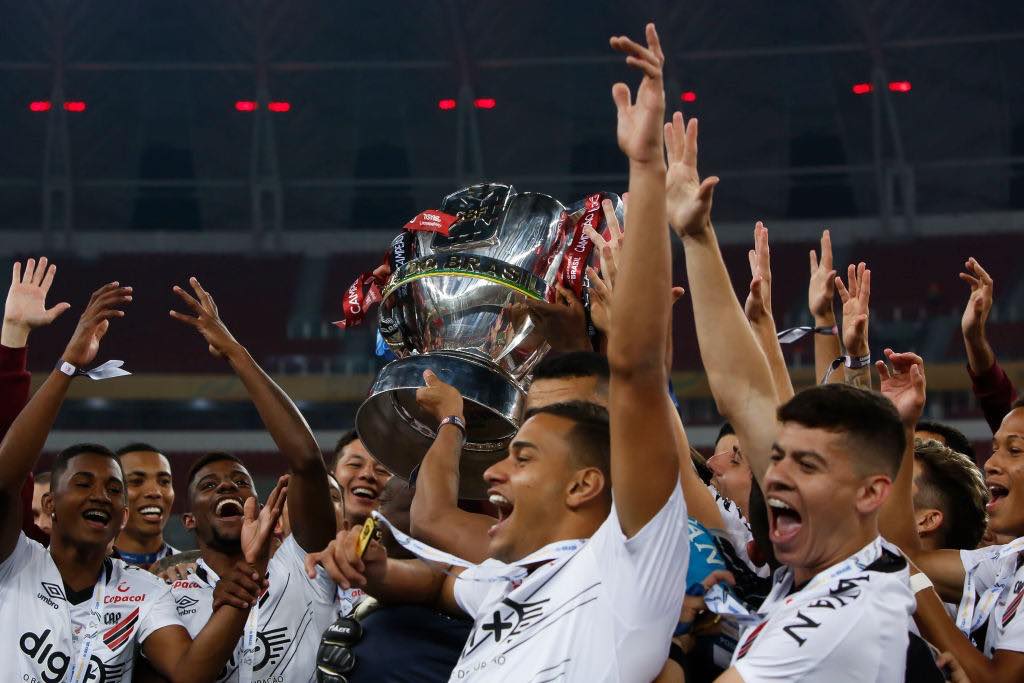 The 2019 Copa do Brasil recently came to a conclusion with a historic victory for Athletico Paranaense against Internacional.

The game was the biggest match of the season for both sides, as it offered a chance of silverware on offer and also a chance to qualify for the 2020 Copa Libertadores.

Last season Athletico lifted the Copa Sudamericana after beating Junior of Colombia on penalties. Domestically, though, they hadn’t won a major trophy since lifting the league title back in 2001.

This added to the importance of the game for Athletico.

“The Copa do Brasil is so much important in Brazil than the Sudamericana,” Gabriel, an Athletico fan who runs the Athletico stats account DataCAP, told WFi.

“The Copa do Brasil campaign represents the success of a project — something which is rare in this country!”

With Inter having the second-best home record in the Brazilian league championship, they were more than confident of lifting their first Copa since 1992.

The mood around the club going into the second game was fairly high, despite the defeat in the first leg.

“The atmosphere for the game was amazing,” said Inter fan and journalist, Eduardo Santos.

“Inter fans were expecting a lot from this final. Since 2009 the club had not played in a national tournament final and there was a great expectation that they would win the title.”

In contrast, Athletico’s away record in recent times had been awful, and they hadn’t won any of their last five away games in all competitions (excluding the new Suruga Bank Cup).

This meant the slender one-goal lead they had going into the game was too little to give their fans much confidence.

“Historically, Paranaense has a bad retrospect in finals so supporters are pessimists.”  added Gabriel.

“Paranaense is so much poor in away games, and when the first ends 1-0 the pessimism contaminate the fans.”

The atmosphere before the game, outside the stadium, was something which caught the eye.

The streets were filled with red smoke as inter fans welcomed their team bus by lighting flares to create something known as the ‘streets of fire’.

A beautiful show of passion, which is likely to give the Inter players that extra buzz going into such a big match.

“Fans have created a tradition of entertaining the team bus at important matches,” said Santos.

“Approximately 20,000 fans make a cord that runs from the nearby streets to the stadium entrance.

“Between three and four hours before departure, people start arriving. The fans carry red flares and create a show called streets of fire.

“Every action is combined through social networks, spontaneously and without club participation.”

The tradition of the ‘streets of fire’ is something which is not too common in Brazil, and Inter fans love to great their team in this way as it adds a different way of showing support for the club they love.

According to reporter and Inter fan, Carlos Lacerda: “Inter fans have done something that no fans in Brazil have done yet. A party that thrilled everyone and being in such a cool atmosphere is very rewarding.”

The inter fans aimed to create an atmosphere to try to spur the players on to success, and give them that extra buzz to take to the during the match, as well as trying to make it a hostile environment for Athletico players.

“Beira-Rio has something magical that the power to transform the stadium into a cauldron. The shout of encouragement that echoed on Beira-Rio Avenue was chilling.”

However, despite the intentions of the Inter fans, their players didn’t perform how they would have wanted as Athletico ran out 2-1 winners.

Having gone 1-0 down, Inter spent most of the game chasing to get back level.  Lacerda believes that the players could have done so much more to fight for the cup, and questioned manager manager, Odair Hellmann.

“Inter was badly scaled, and in addition I was unimpressed that most of the players were missing,” he said.

“So far I do not understand how players do not get into the mood. The team made a mistake. The coach is not yet ready to lift a trophy.”

For every loser, there’s a winner, and as you’d expect fans of Athletico were unbelievably proud of their team creating history by lifting their first Brazilian Cup.

Until the 97th minute nothing was secure, and with Inter pushing to score and take proceedings to penalties, a counter-attack from Athletico saw Marcelo Cirino holding the ball up in the corner to waste time.

But he did the unthinkable, producing an exquisite piece of skill to leave the Inter defenders bamboozled. The ball ended up with Rony — the man of the match in both games — who fired home the killer goal to send Athletico fans, players and staff in to euphoria.

“I spent the whole game praying, really nervous about it, but my heart was in a tranquillity I don’t know where it came from,” says Thays Kloss, a fan from independent Athletico Paranaense outlet, Trétis Oficial.

“When I heard the whistle, it felt like a dream. It took me a while to understand what was really happening, but I felt an immense happiness, fulfilment, and immense pride.

“I was even happier to be there,  following everything closely and being part of this historic moment.”

Kloss also had this to say regarding the match itself, and the players which caught her eye during the thrilling 90 minutes of football:

“I was impressed with Marcelo Cirino. In recent games he wasn’t playing so well, losing his place as a starting player.

“In this game he entered the field 22 minutes into the second half. He played so well, initiating many moves to keep the team keep playing an offensive game.

“And, in the final minutes, he did an epic move which ended in a beautiful goal by Rony.” 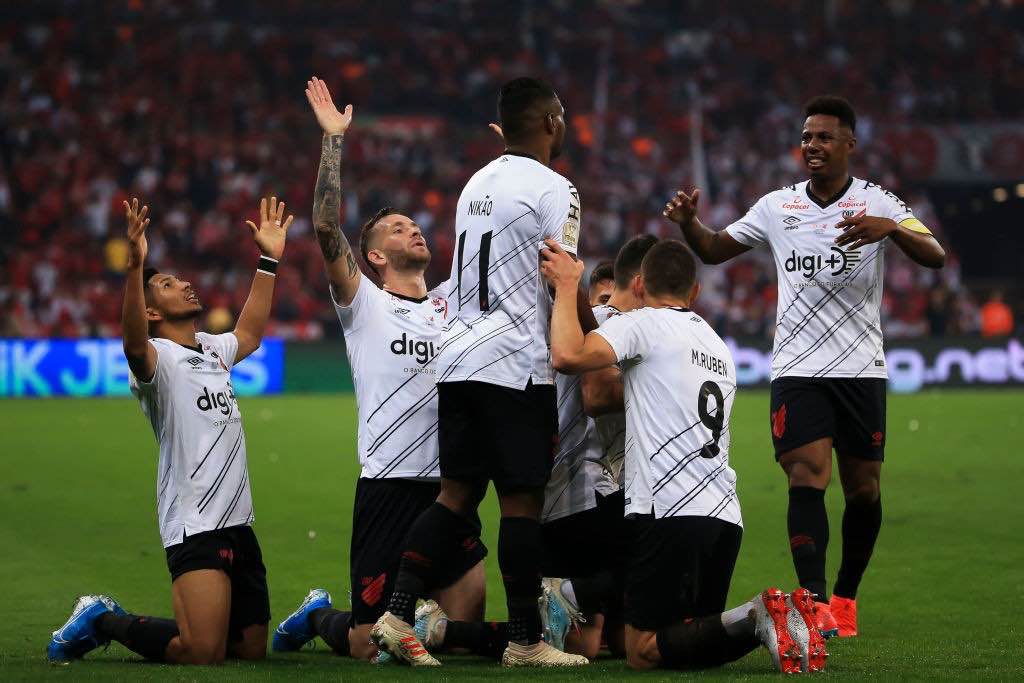 Before the start of the Brazilian Cup Athletico were outsiders, and weren’t expected to win the tournament, so you can understand the pride the supporters feel at this moment.

“Honestly I was expected the team would arrive to semifinals but win the Cup it’s so amazing and indescribable,” said Gabriel.

The following day it was time for the players to arrive back in Coritiba where Athletico fans gathered to give the players a heroes welcome.

All Athletico fans wanted to spend this moment together, and they did exactly that by celebrating wherever they could!

“There was a really good atmosphere back in Curitiba,” added Kloss.

“Many fans were waiting for the team at the airport, and the team went out in a commemorative truck around town.

“Many people were all over the streets, all the way along, which ended in the Arena da Baixada [the club’s home ground] where many other people were also waiting for the players to arrive.

“It was a really big celebration and the people were in awe.”

With several games left to play in the Brazilian championship, it will be interesting to see how both Inter and Athletico finish the season after this game.

For Inter they will have to pick themselves up and fight for a place in next seasons Copa Libertadores and with fans extremely disappointed on missing out on silverware the pressure will be higher than ever.

“The fans were expecting the title, Inter come from bad years while main rival, Grêmio, has won everything in recent years. Winning the Brazilian Cup would have been the opportunity to balance this out.

The expectation for the rest of the season is to win the place in the Libertadores for 2020. The fans do not have much hope of the Brazilian Championship title, and the work of the coach is now being questioned after the defeat in the Brazilian Cup.”

Following this win, Athletico have confirmed their place in the Libertadores for next season, which was their main aim at the start of the season. 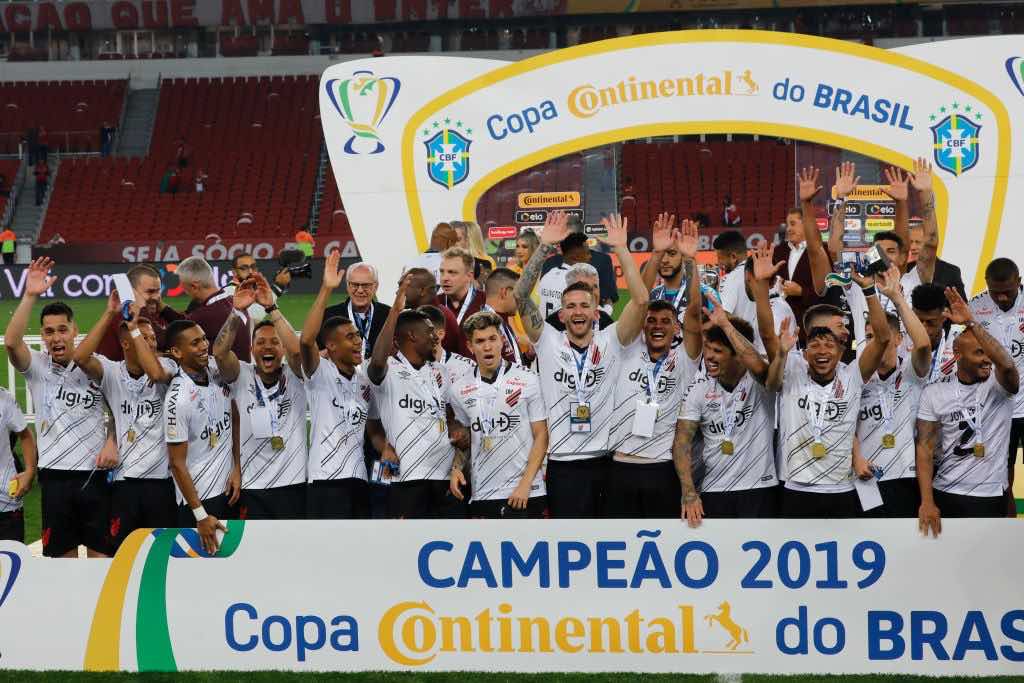 Despite this, they will want to remain focused on the league challenges ahead. Athletico will not have any pressure on them for the remainder of the season, which could help them in their quest to finish higher in the table.

“I hope we can have a good Campeonato Brasileiro, playing without stress or concern as we [already] guaranteed our goal for the season — the place in Libertadores,” concluded Kloss.

“Able to make more room for new players, test the team, formations, and we can still finish at the top of the ranking.”

Athletico Fans will be hoping that they can keep manager Tiago Nunes at the club and hope he doesn’t move elsewhere.

Following this win Gabriel labelled Nunes: “A f**cking Genius,” adding that as long as Nunes is at the club, “everything will be alright.”