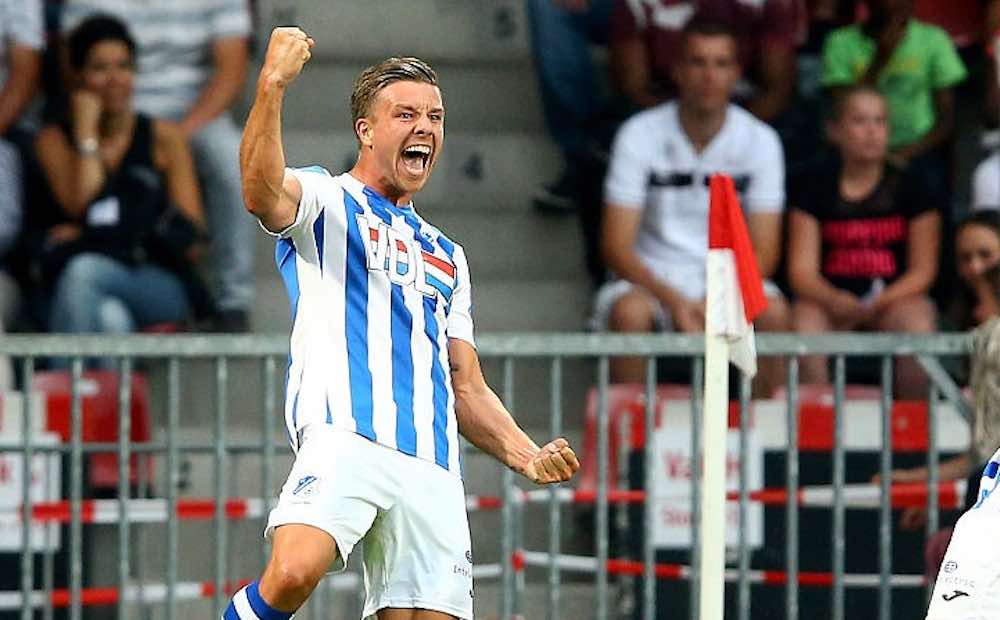 James Rowe spoke to Dutch striker Mart Lieder, exclusively for WFi. They discussed his time adapting to a new style of play in Switzerland, playing alongside Wilfried Bony, and the influence of coach John van den Brom.

You signed for Danish Superliga side SønderjyskE in 2019. How are you enjoying your time in Denmark so far, and how would you describe the club?

“I am really enjoying myself here at SønderjyskE. Denmark is a great country to live in and I am playing for a great club who have really loyal supporters. Every match the stadium is almost at full capacity.

“We had a difficult period last season, but we managed to come through it. Since I have arrived here I have enjoyed every minute.”

You played two seasons for RKC Waalwijk in the Netherlands. How do you look back on your time there?

“RKC Waalwijk are a really good club. I still have contact with team-mates I played with and people at the club from my time there.

“During my first season we managed to avoid the relegation play-offs, but during my second season I suffered a cruciate ligament injury which meant I was out for a long time, which was a shame.

“I only managed to play in the relegation play-offs but it was not enough to avoid relegation, unfortunately, so it was a double blow considering how well things went the season before.”

You played one season in Switzerland for FC Aarau. How do you look back upon signing for your first foreign club. Do you have any particular highlights?

“It was very exciting to go and play football abroad for the first time. I was very intrigued as to how things would go.

“FC Aarau was a fine club with very good conditions in which to train and play football, though I had up’s and down’s during my time there.

“I was signed by the club, and then during the first part of the season I did not play much under then manager Livio Bordoli.

“He was not involved in me signing for the club and appeared not to rate me. We were also near the bottom of the table at Christmas time.

“Then a new manager arrived — Marco Schällibaum — and I managed to get matches under my belt and then things went really well.

“We ended up finishing third in the Swiss second division, winning almost all our matches in a very positive second half of the season.

“I must say that there was a big difference between the Eredivisie and Swiss second division.

“In the Netherlands there are many footballing teams, but in Switzerland it was very physical with many long balls, and that’s it why it took me time to find my feet in the beginning.”

With your experience playing in the Netherlands, Switzerland, and now Denmark, could you say who are the best players you have played alongside so far in your career?

“A difficult question, as I have been fortunate to play with many good players. During my time at Vitesse Arnhem I played with Wilfried Bony, who was a class apart.

“Also, Jonathan Reis at Vitesse had tremendous ability, and it is such a shame that his injury curtailed his career as I am convinced he could have reached the top.

“You also see in a footballing career that there are other factors, such as a little bit of luck, for example.”

I can imagine in your position as a striker that you have come up against difficult opponents. Are there any that standout?

“In different countries you come up against good defenders, not so much in terms of names, but it was very difficult at times in Switzerland due to the long balls and physical nature of their defenders.

“It was sometimes a tough environment in which to play football.”

Finally, Mart, could you say who are the managers or coaches that have played a key role in your development as a professional footballer?

“John van den Brom was a very important manager in my career. He gave me the chance when playing amateur footballer in the Netherlands to join a club such as Vitesse Arnhem, and gave me my debut which was important.

“John van den Brom knows how to motivate his players. He loves football, and often during training sessions we were working with the ball.

“He was very clear in the manner in which he wants his team to play, and he can communicate that clearly to his players, which players appreciate. He also gives his players a lot of freedom.”