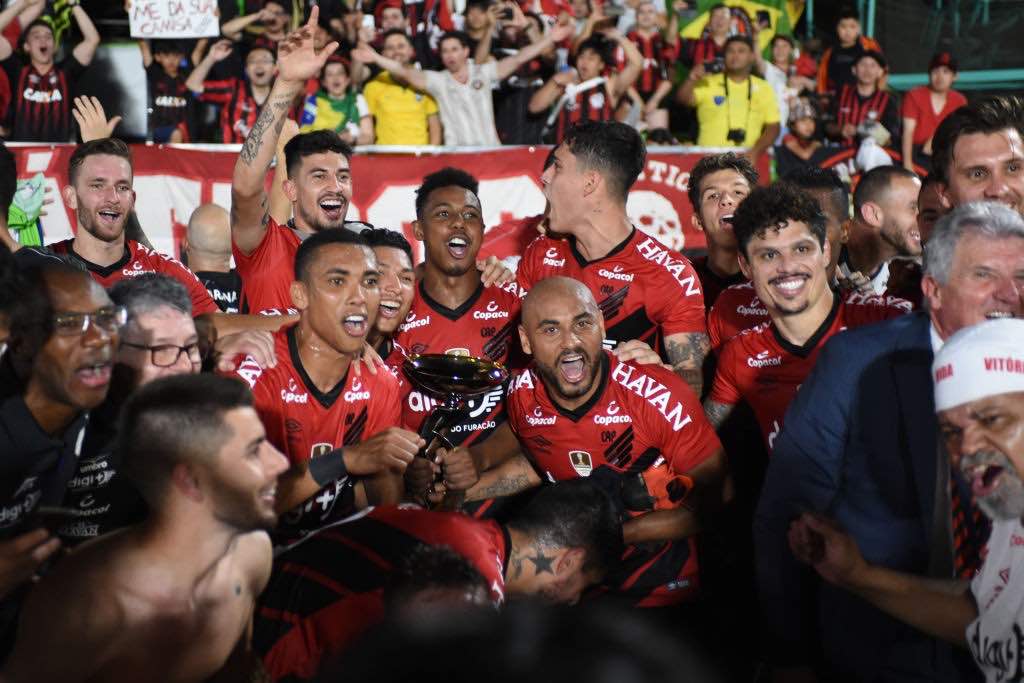 After a nervy first leg last week in Paraná, the Copa Do Brasil final second leg will take place this Thursday where Athletico Paranaense or Internacional have their sights set on silverware.

Athletico Paranaense go into the game with a slender one-goal advantage after coming out on top at the Estádio Joaquim Américo Guimarães, where they won 1-0.

During the first ten minutes of the game, the electric atmosphere from the excited home crowd meant  Athletico started the game at a high tempo. The only negative was that they couldn’t manage to trouble Internacional goalkeeper Marcelo Lomba, which they could come to regret by the end of the second leg.

After the ten-minute mark both sides settled down and cancelled each other out, with the only chances being long-range efforts — leaving both shot-stoppers with an easy job.

The only goal of the match came with 58 minutes on the clock when the Internacional defence failed to clear a ball which allowed Bruno to score past Lomba — a very scrappy goal which sent Athletico fans wild.

Moments later the hosts had a great chance to pull two goals clear when a fantastic solo run from Roni resulted in a strike at the keeper, but it was met by a strong right-handed save from Lomba to ensure his side would go into the second leg with just a one-goal deficit.

Internacional will be hoping they can turn the result their way in the second leg in front of their home fans.

A victory for Internacional would see them win their first major trophy since lifting the Libertadores Cup almost a decade ago in 2010.

If Inter do win the Copa Do Brasil, it will be only the second time they have done so. Their previous win came back in 1992 when they saw off Fluminense on away goals (which will not be the case this time as the away goal rule has since been scrapped).

If the tie is level on aggregate after the second leg the game will go straight to penalties to determine the winner.

The players who will be key in deciding the game for Inter will be attackers such as forward, Paolo Guerrero, who so far this season has five goals in seven Copa do Brasil games, and he will be looking to add to that tally. His long-range shooting and aerial battles will be something Athletico will need to be wary of.

Guerrero will not be able to do the attacking by himself, though, and a key role is to be played by experienced Argentine playmaker Andrés D’Alessandro, who has been playing in the cup instead of Rafael Sóbis. D’Alessandro can provide chances with his trickery and ability to pick a pass.

Rodrigo Lindoso has the job of stopping and breaking down any attacking danger which Athletico possess.

So far this season Lindoso has done a very solid job. His main strengths are his ability to win aerial battles, break down opposition play, and win the ball back for his side. He also possesses high levels of concentration, which will be needed in such a big game for both sides.

Athletico, menawhile, will be hoping to win their first-ever Copa do Brasil.  A victory for the Furacão da Baixada would see them add to the triumph of last year where they won a Copa Sudamericana. Athletico are trying to become one of the top sides in Brazil.

They will know they have the beating of Internacional after their victory last week, and when the sides met this year in the league it was Athletico who came out on top, winning by the same 1-0 scoreline.

But this will be the first time Athletico will travel to the Estádio Beira-Rio this season, and the last time they played there they lost 2-1.

If the same result was to happen on Thursday, it would see the players facing the daunting task of a penalty shootout.

The key factor in Athletico winning will be their defence — making sure they limit the chances of their opposition, and shut down the likes of D’Alessandro and Guerrero.

The job of doing that belongs to the young centre-back pairing of Léo Pereira and Robson Bambu, who will be hoping they can do what they did last week and shut out the opposition, which would be enough to see their side lift the cup.

The main provider for goals for Athletico is Rony. He’s a player who likes to cut inside and trouble the defence — something the opposition will be extremely aware of after last week when his solo run almost provided a two-goal cushion for Athletico.

The match is a must-watch for football fans. Two great sides battling out to win the first major trophy of the season in Brazil, and the victor will earn a place in next year’s Copa Libertadores.

Can Internacional turn around the tie and win the Copa do Brasil for the first time since 1992? Or will it be Athletico who lift their first-ever Copa?