Mason Mount Proving His Time Is Now At Chelsea 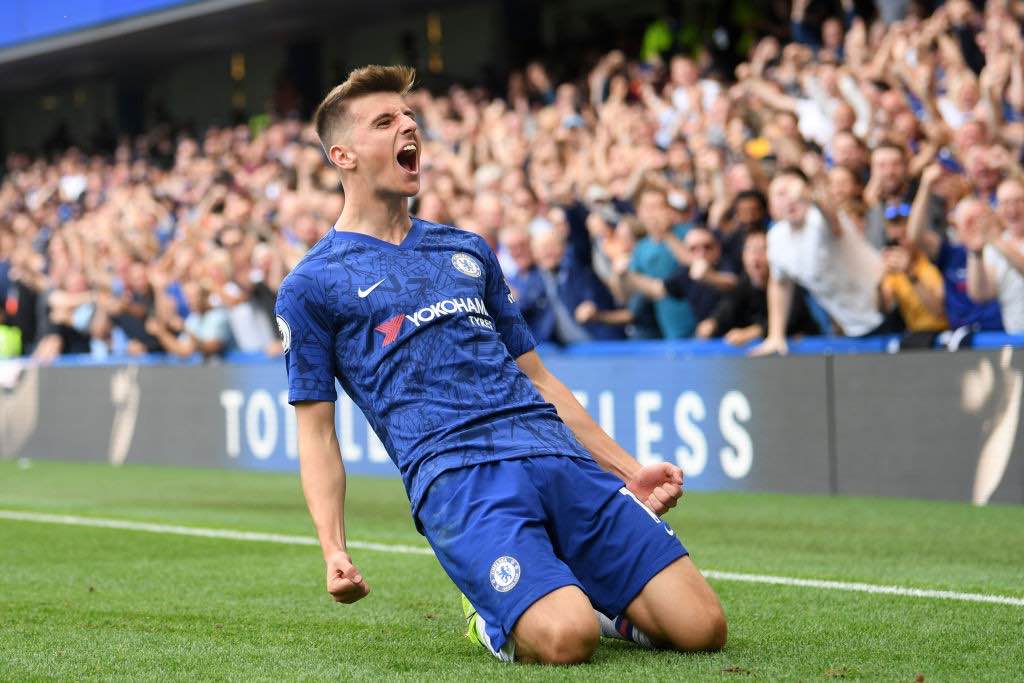 Chelsea faced uncertainty ahead of the 2019/20 season. FIFA announced the club was banned from signing players for the next two transfer windows due to breaching rules in relation to signing young players.

More importantly, the ban meant that Chelsea had to rely on their youth, and this was something different for a club well known for spending big, and bringing in high caliber, marque names.

Coming through the Chelsea academy to the first team is very difficult, as most players are loaned out, but with the transfer ban currently imposed on Chelsea, there’s never been a bigger chance for the club’s youth players.

Players such as Mason Mount, Tammy Abraham, and Kurt Zouma now have their chance with the first team and, more importantly, can prove that they belong with the club. Mount in particular has finally had an opportunity presented to him.

Mount joined Chelsea at the age of six, and his youth career was predominantly with the club, from 2005 to 2017.

Though the midfielder has been at the club throughout most of this time, after 2017 he went on loan to Vitesse and to Derby County.

His most successful stint was with Derby, who was coached by Frank Lampard who is now the new coach of Chelsea.

When it was announced that Maurizio Sarri was leaving Chelsea and Lampard was appointed as his replacement, a new direction was coming for the club.

Lampard has experience working with young players, and understands how difficult it can be to be promoted to the senior squad. Under the new boss, young players now have the chance to make it into the first team.

Mount has made the most of his opportunity, and has also earned a call up to the senior England national team having already represented them at youth level.

After a successful season with Derby where he scored 11 goals, he has continued that success in the Chelsea first team.

He has started all Premier League games under Lampard, while also coming off the bench against Liverpool in the Super Cup.

And he hasn’t disappointed, scoring in back to back games against Leicester and Norwich this season, and has so far shown he belongs with the first team.

His development will take time, but even at just 20 years old he has shown the calmness and maturity of a player that has been in the league for a long time.

He has looked eager for the ball, taking on players one on one and looking fearless. He has the ability to carry the ball forward and strike the ball well, as evidenced by his goals.

Another big positive is his work ethic. He always gives 100 percent and is always trying. He commits to the play, often running back to help the defence.

Lampard had praised for the young midfielder following the game against Norwich.

“I spoke to Mason yesterday and asked him if he felt like he was a Chelsea player yet because it is important,” the Blues boss said.

“He just sort of smiled. He’s a confident boy, in a really nice way. He’s got a humility and a work ethic, but he smiled and we had a laugh.

“I didn’t really get a clear answer but he should feel like [a Chelsea player] if he plays like he is at the moment.

“And that doesn’t mean it’s the end of the story. He needs to work on getting better daily because he’s a player who trains like it’s a chance to improve, and we need that feeling through the team.”

Encouraging words from the Chelsea manager. Praising hard work and acknowledging the effort of a young player is good on his part, as it will only make him better.

Knowing that he has the full support of his coach, Mount will continue to work hard and grow as a player.

An opportunity was presented and a player who has been with the club since the age of six years old has taken it.

As well as hearing the words from Frank Lampard that “he should feel like a Chelsea player,” signing 5-year deal with the club before the season started will also give him confidence.

These are great signs for Chelsea and the club may have found their next No. 10.