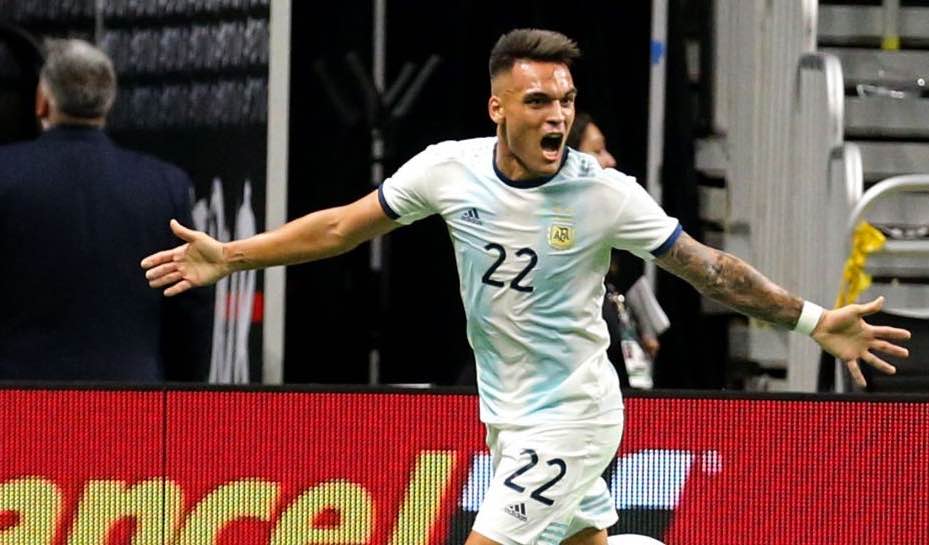 The September international break is over, and it has been very mixed time for the South American sides, many of whom are in a transitional period. Louis Smith takes a look at how the Conmebol clubs fared during last week’s games.

Argentina, minus Lionel Messi, had an interesting international break. First they took on Chile, drawing 0-0 in a boring affair, but the Argentina performance had a sense of direction, something which they haven’t had for several years.

Their second match saw them take on Mexico in what was anticipated to be a tough game. They put in a great performance and surprisingly won 4-0, with a hat trick from Inter Milan forward Lautaro Martinez.

At just 22 years of age Martínez is a great talent, and most certainly a player to be watched at close quarters.

The other goal in the four was a penalty scored by Leandro Paredes. Spurs fans will be disappointed to find out that their new signing, Giovani Lo Celso, went off injured and will be out of action until November.

The Bolivians are the weakest side in South America at the moment, and the one game they played showed that.

They faced fellow South America opposition in the shape of Ecuador, who won comfortably 3-0.

It is the seventh straight defeat for Bolivia in all competitions, and adding to that they have not won a football match since beating Myanmar back in 2018. Worrying times for La Verde, who be gunning for a dramatic improvement when competitive action resumes.

It was a set of matches to forget for Tite and his Brazil boys. They finished September’s set of international fixtures winless, and saw their 17-match unbeaten run come to an end.

They took on Colombia first, drawing 2-2, with Neymar returning to the side for the first time since June having missed their Copa America triumph. He managed to get on the scoresheet alongside Real Madrid’s Casemiro.

The subsequent loss came to the side they beat in the Copa America final — Peru. Vinícius Júnior earned his first cap for Brazil during the 1-0 loss, while Ederson, in for the injured Alisson, made no claim for a place in the starting 11 after his misjudgement from a free-kick cost  his side.

The defeat led fans of the Seleção to complain about the friendlies being played outside of Brazil, with SporTV host, André Rizek, calling it “a game for Gringos.”

Chile’s first match saw them take on Argentina. Both sides defences were on top as they cancelled each other out, drawing 0-0. It meant Claudio Bravo marked his return to international action — he was back in the lineup for the first time in two years — with a clean sheet.

Chile then took on Honduras where they were expected to win, but things did not go the way they would have wanted.

They controlled the game and enjoyed lots of possession but they didn’t do anything with it, and only created one effort on goal, scored by Alfonso Parrot.

Honduras fought back, scoring two goals in the second half which was enough to defeat a disappointing Chile.

Colombia were without star man James Rodriguez as they took on Brazil and Venezuela, and maybe they missed the spark which he provides.

They drew 2-2 with Brazil, with both goals coming from Udinese forward Luis Muriel — their only shots on target on the night.

Colombia then travelled to Tampa Bay to take on Venezuela where they were left frustrated in a 0-0 draw.

They were unable to break down a solid Venezuela defence, which led to forward Rafael Santos Borré being criticised for wasting one too many opportunities.

Ecuador and their young side looked very impressive in the two matches they played.

They were the only South American side with a 100% record this week. Not only that but they did so without conceding a goal — something which will only breed confidence among their young players.

Debutant Erick Castillo scored the only goal of the game with Ecuador’s only effort on goal.

Then, up against Bolivia in a game they were expected to win, they did just that, scoring three goals along the way.

Michael Estrada, Junior Sornoza and Gonzalo Plata, all getting on the scoresheet.

Plata is a highly rated prospect in Ecuador after impressing at youth level, and scoring for the senior side will only boost his confidence, and raise media attention.

La Albirroja took on Japan and was simply not at the races. Japan dominated the game and at times looked looked a level above their opponents.

Luckily for Paraguay, it was only a friendly, giving them time to work and rectify their mistakes.

They took on Jordan in the next match — one which they were expected to win comfortably, but they got off to a horrendous start and found themselves facing an embarrassing defeat as Jordan led by two goals at half time.

Miguel Almirón, Alejandro Romero Gamarra (aka Kaku), and Robert Rojas, all scored their first goals for the national team, with Oscar Romero grabbing the other.

Another game where head coach, Eduardo Berizzo, has been losing at half time and managed to inspire his side to come out fighting in the second half, just like he did as Sevilla boss against Liverpool in the Europa League back in 2017. 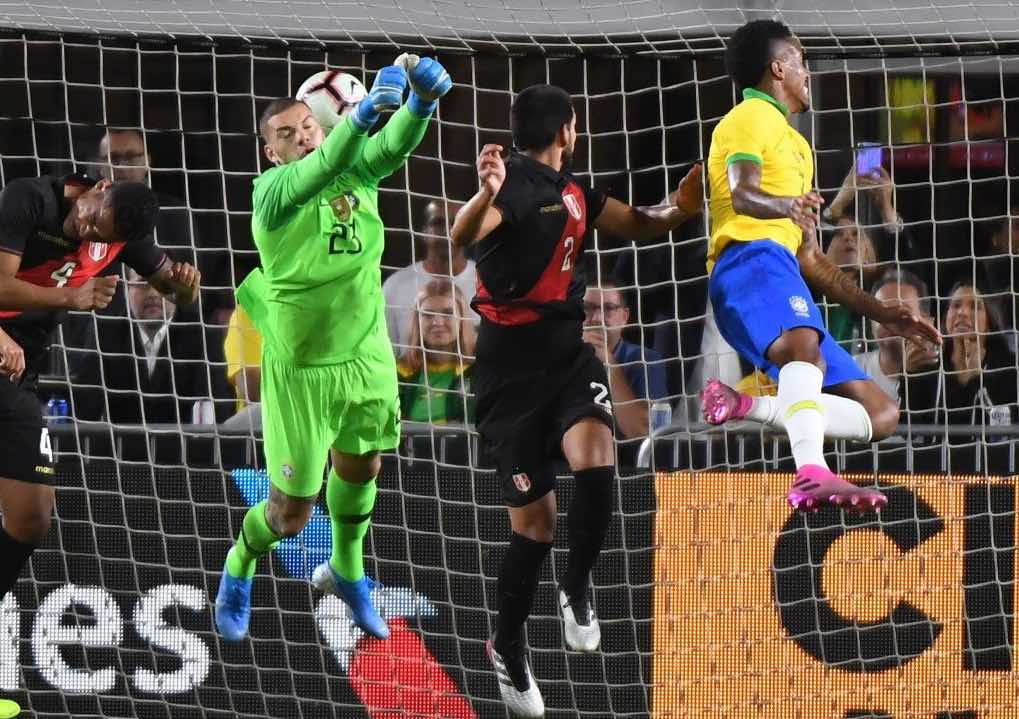 The Peruvians got off to a poor start, losing to a young and inexperienced Ecuador side in a game where they couldn’t break down their opponents.

What’s more they failed to keep out the only effort Ecuador threw at them during the 90 minutes.

Nevertheless, they did manage to seek some form of revenge, beating Brazil who beat them in the final of the Copa America.

Luis Abram scored his first goal for La Blanquirroja, coming courtesy of an error from Brazilian goalkeeper Ederson. Peru fans will not mind how the goals come.

Giorgian de Arrascaeta continued his recent goalscoring form, scoring his third goal for Uruguay from the penalty spot in a victory over Concacaf side, Costa Rica.

Uruguay will be disappointed they didn’t manage to keep a clean sheet, as Costa Rica pulled level just after the half time interval.

The game looked like it was heading for a draw until Jonathan Rodriguez scored the winning goal late on for La Celeste.

Uruguay then took on the USA in what was an evenly matched affair with both sides having decent chances, but only managing one goal apiece.

Rodrigo Bentancur linked up with Brian Rodríguez who scored his first goal for Uruguay to give them the lead. Then, with Eleven minutes remaining on the clock, USA levelled the game through Jordan Morris.

The Venezuelans can remain upbeat about their performance against Colombia in what was the only game they played.

Defenders Wilker Ángel and Mikel Villanueva both performed well to keep the Colombians out and earn Venezuela a hard-fought draw.

Venezuela was without main strikers Solomon Rondón and Josef Martínez, which meant they were likely to struggle going forward, but they can take positives from the result.