Nathan Oduwa On Choosing Nigeria And The Influence Of Ugo Ehiogu 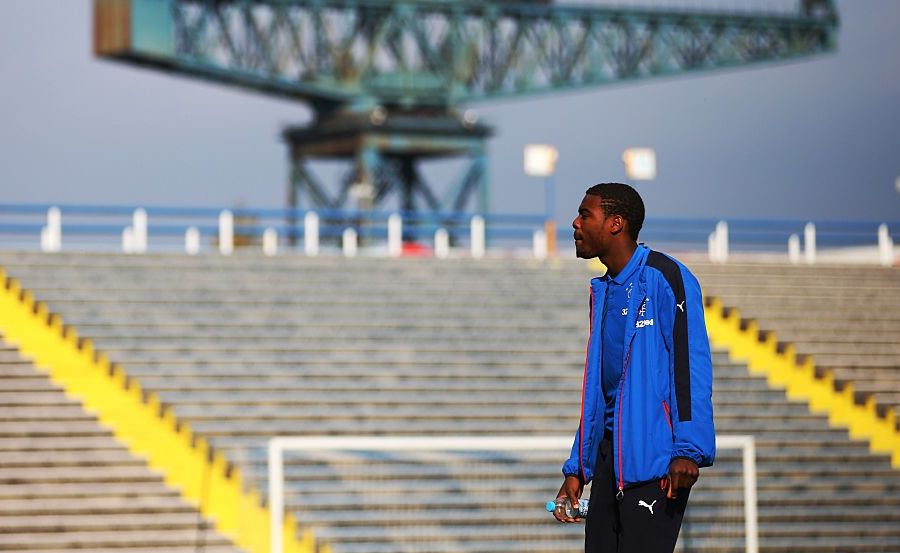 James Rowe spoke to Hapoel Hadera winger Nathan Oduwa, exclusively for WFi. They discussed his decision to represent Nigeria, training with Mousa Dembélé, and the influence of Ugo Ehiogu.

You signed for Hapoel Hadera in January 2019. How are are you enjoying your time there so far, and how would you describe the club?

“I joined Hapoel Hadera because I thought it was a club where I could get a lot of playing time and showcase myself in that region of the world.

“The manager and the owner of the club have a great philosophy that really excited me, and it convinced me to join.

You came through the youth setup at Tottenham Hotspur. How do you look back on your time at the club? Did you learn anything in particular that has stood you in good stead throughout your professional career so far?

“Yes of course. Tottenham Hotspur are now one of the biggest clubs in the world, as you can see they reached the Champions League final, and they are developing a lot of young players, the likes of Harry Winks, Kyle Walker-Peters and Josh Onomah.

“I learned a lot during my time there and I went on loan to various clubs, with Glasgow Rangers being the best of the bunch.

“Also, getting a chance to train with the first team ensured that I learned a lot both mentally and physically so I owe everything I learned at Tottenham.”

You lead me nicely on to my next question regarding your loan spell. How do you look back on your time at Rangers, and do you have any highlights or special memories?

“It was a very good time for me during that period at Rangers, even though the loan was cut short.

“I pretty much started off with a bang, and some people may call it controversial, but I believe that a young player who is skilful should just go out and express themselves and not be scared to perform and showcase their talents on any stage.

“I have to thank Mark Warburton a lot, because he did give me that confidence and that freedom to express myself without being scared, and at the same time do it in the right areas of the pitch.

“Every player has different form during their playing career, I just felt I could have got a bit more guidance during that time in my loan spell when I was not playing well.

“The fans of Rangers are amazing, and the structure of the club and the way everything is organised is fantastic.”

You represented England at youth international level and you now represent Nigeria. Was it difficult for you to make the decision to change from England to Nigeria, and what was for you the decisive factor when making such a decision?

“It is difficult to change when you spend many years coming through one system and then adapting to another.

“There is a new culture and new system, and even socialising with players in the first meet-up, but at the same time, my parents being of Nigerian origin, I want to represent the origin of my parents.

“It was always going to be a tough decision, but I feel very proud with the decision I have made.”

With the experience you have at club and youth international level, could you say who are the best players you have played alongside so far?

“I would say that the standout players for me are Kyle Walker, Mousa Dembélé, and James Tavernier, all of them are fantastic players and they have gone on to have amazing careers.

“I’m a pretty sure if you ask anyone at Tottenham Hotspur who is the best trainer, they will say Mousa Dembélé.

“He has great ability on the ball for such a big guy and he is dominant in the midfield in a technical and physical way. He is also so composed on the ball, so out of the three I would say Mousa Dembélé,”

I can imagine as a winger you have come up against many difficult opponents, are there any that stand out?

“I would say that Ola Aina is one of the hardest full backs that I have come across. I played against him in a few youth team matches when he was at Chelsea.

“He was a very strong fantastic athlete who was also very good on the ball. He also represents the Nigerian national team.

“He is two footed and gets up and down the pitch with ease. He is very versatile and can also play as a centre-back. He has just been permanently transferred to Torino in Italy in the recent transfer window.”

Finally, Nathan, could you say which managers and coaches have played a key role in your development as a professional footballer?

“I would say Ugo Ehiogu, who sadly passed away in 2017. He had a massive role to play in me becoming successful, and training with the first team and he helped me a lot.

“I would also mention Matt Wells at Tottenham Hotspur too. Those two coaches were constantly getting at me because they could see how much potential and raw talent I had, and that I needed pushing.

“They are the types of coaches that will show love at the right time, but the majority of the time they keep getting at you because they want you to achieve your potential, and it is disappointing for them when they see a player working at 50 percent and just going through the motions.

“Maybe the player is doing well when they should be destroying things at a certain level. They are the two coaches that helped me the most in my career.”

Loading...
Newer Post
Lautaro Martinez Shines On International Stage – South America Roundup
Older Post
Play Up Or Play Out: The Myths And Legends Of Playing Out From The Back