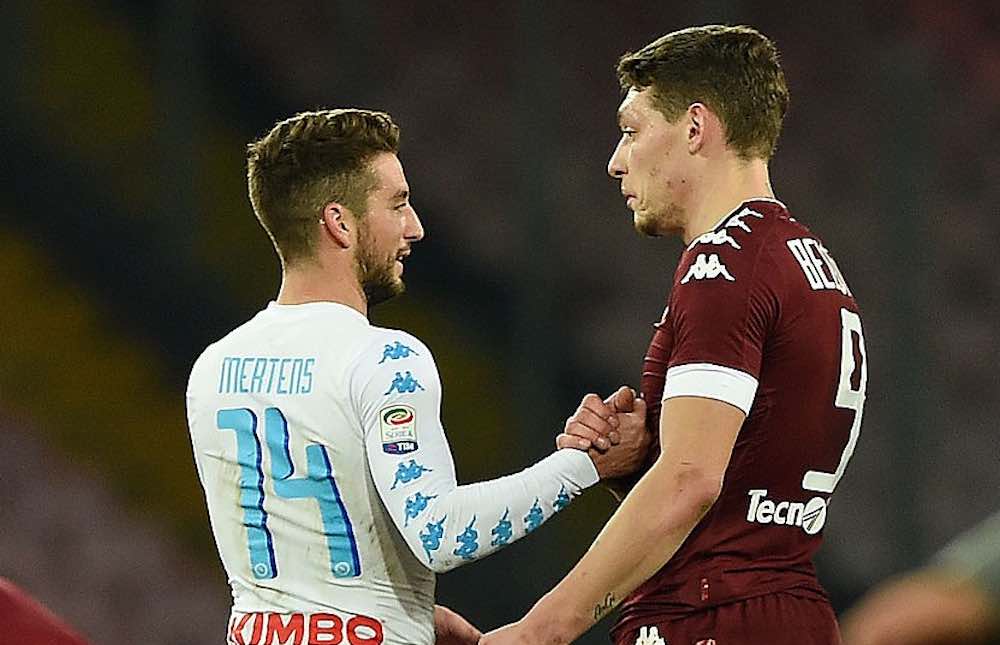 Napoli and Torino meet Sunday evening at the Stadio Olimpico Grande Torino, with both clubs looking for a much-needed win.

The two teams have been keen to find the back of the net, and in their last eight matches each has scored three goals or more, so expect this to be an entertaining match!

In their last fixture Torino had to play most of the match a man down after Gleison Bremer was sent off after receiving a second yellow card. They suffered a disappointing 3-2 loss to Parma, where late substitute Roberto Inglese scored the decisive winner in the 88th minute.

Torino’s start to the season has been decent with a 3-0-3 record, but in their previous four matches the club has found it difficult to pick up a win. The Granata will need to start finding some consistency in order to stay near the top of the table.

Napoli bounced back with a strong effort against newly promoted Brescia, who have looked decent this season. The Partenopei entered their match without Kalidou Koulibaly, who received a red card in their recent meeting with Cagliari.

It didn’t stop Napoli from winning the match, though, as Dries Mertens and Kostas Manolas scored in a 2-1 win. Mertens continues to score for the club, and is now just two off Diego Maradona in the club’s all-time goalscoring charts.

After their strong weekend performance, Napoli followed up with a poor outing in their mid-week Champions League match against Genk.

This upcoming match won’t be easy for Napoli, but if they are to challenge for the title this season, they will need to win matches such as this.

Although it is early in the season, this will be a big game for the away side. Napoli will be looking to rebound and take advantage of a fragile Torino club.

Since joining Napoli from PSV Eindhoven in 2013, Mertens has become one of the best acquisitions that the club has made in their history.

The striker has been productive every season since joining and has continued this trend into the 2019/20 campaign, scoring four goals in six matches, taking his total to 88 goals in Serie A.

Torino striker Belotti has made a strong start to the 2019/20 season, scoring five goals in the Granata’s first six games.

Since arriving at Torino in 2015 the striker has been a key addition, scoring 68 goals in Serie A.

When the two clubs meet Sunday, expect this match-up to bring the best out of Mertens and Belotti.

Napoli will be looking to keep pace with Juventus and Inter Milan so expect a strong match from the Partenopei.

These are two teams who are able to score, yet I think Napoli will leave with a game winning goal from Mertens.