Stanley Amuzie On Facing Salah With Nigeria & Encouragement From Eto’o 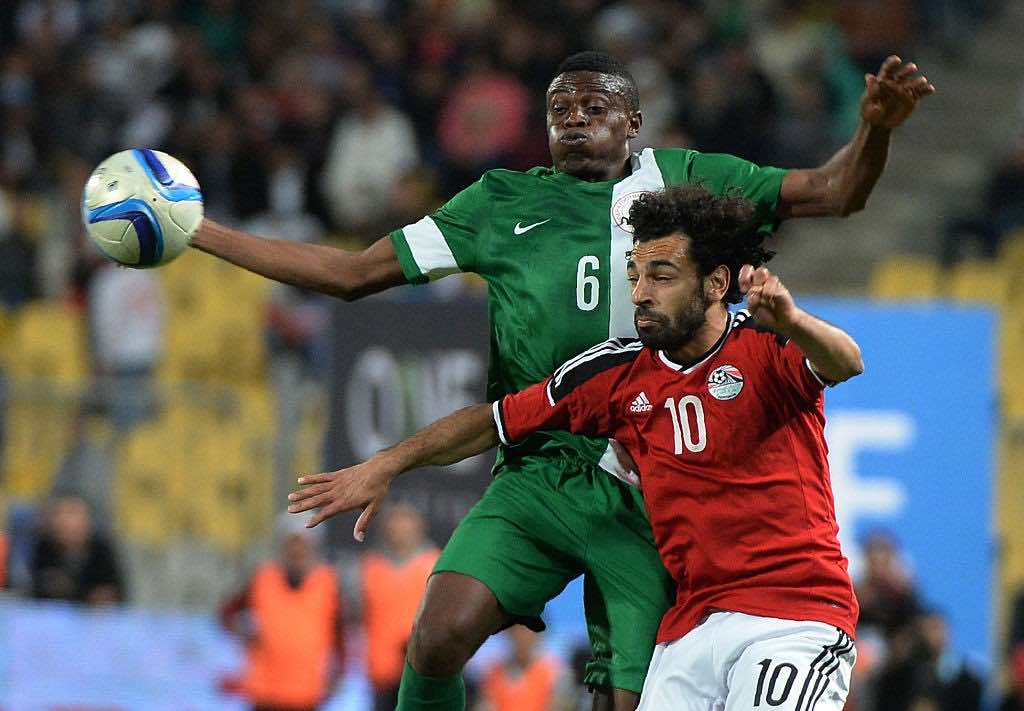 You signed for NK Aluminij in 2019. How are you enjoying your time there so far and how would you describe the club?

“I am very happy here at NK Aluminij playing games on a regular basis. The Slovenian League is not a big league, and there are few big teams apart from NK Maribor and NK Olimpija Ljubljana, but I am finding it to be a great experience so far.

“Aluminij have a great coach in Slobodan Grubor, and a great backroom staff that are willing to help the players in the squad to develop.

“When a player makes a mistake they help you as much as they can to help correct it. I have never felt so welcome as a player when I arrived to this squad.

“We have a lot of young players in our squad and we are a group of friends that have fun playing on the pitch with one another, and it creates a good winning mentality.”

You spent time in the youth setup at Sampdoria in Italy. How do you look back on your time there, and did you learn anything specific that helped stand you in good stead during your career?

“I signed for Sampdoria after the 2016 Olympics in Rio de Janeiro, and it was a dream come true for me.

“Unfortunately I did not play any matches in Serie A before I left to play for Lugano in Switzerland.

“It was a great experience to play matches for the youth team of Sampdoria. Though I did not work out entirely as I had hoped, I still look back on the experience with fond memories.”

You mentioned the Olympics, which leads me nicely on to my next question. You have represented Nigeria at U23 level and also at full international level. How do you look back on representing your country so far, and do you have any memories or highlights?

“Every player wants to play for their country and represent them at the highest level possible.

“I first represented Nigeria at the 2016 Olympics, which was fantastic because we won a Bronze medal.

“Before that I played for Nigeria in a two legged match against Egypt in qualification for the Africa Cup of Nations. It was unfortunate that we did not qualify that year.

“It was a great experience, playing against Mohammed Salah who was at Roma at the time. I was playing left back and he was on the right side of the pitch and it was quiet an encounter and a great opportunity to play against him.”

You have experience playing in Portugal, Italy, Switzerland and now Slovenia. Could you say who are the best players you have played alongside so far in your career?

“Although I did not play in a match with him, when I came to Sampdoria they had Samuel Eto’o, and he was the most wonderful player that I have ever seen in my life.

“He was so encouraging, speaking to me and sometimes we would go out for lunch after training, and we would train together.

“I must also mention Antonio Cassano. He was at the club when I signed my contract. He is a great player and a real joker.

“He was always making jokes and having fun. He would often tease me, but he is one player that was so good to every youth player in the squad.

“There was a point where he was training with the youth team and that was a great time. On the pitch in training he would coach the younger players, telling them what to do and where to move on the pitch.”

I can imagine in your position as a defender that you have come up against many good opponents through the years. Are there any that stand out for you?

“Without a doubt I would say Mohammed Salah is the toughest opponent I have played against.

“You can see that at the moment he is one of the best players in the world with his trickery on the ball and pace. Also, as a fellow African player, in my opinion he is just the best.”

Finally, Stanley, could you say who are the managers and coaches that have played a key role in your development as a professional footballer?

“When it comes to managers that have really helped me so far in my career, I would say Mikeli Dachin who works with scouts here in Europe, and he saw something in me.

“He was the one that brought me from Lagos to Parma in 2013, and I am grateful to him.

“I also want to mention Samson Siasia who was my manager at the 2016 Olympics. He is a manager who always tried as much as possible to talk to me. He would often call me to give encouragement and tell me to work hard.

“I also thank my agent. He is doing a great job also giving encouragement, that if you work hard good things will come.

“So I keep working and you must never stop working in order to reach the highest level that you can in professional football.”