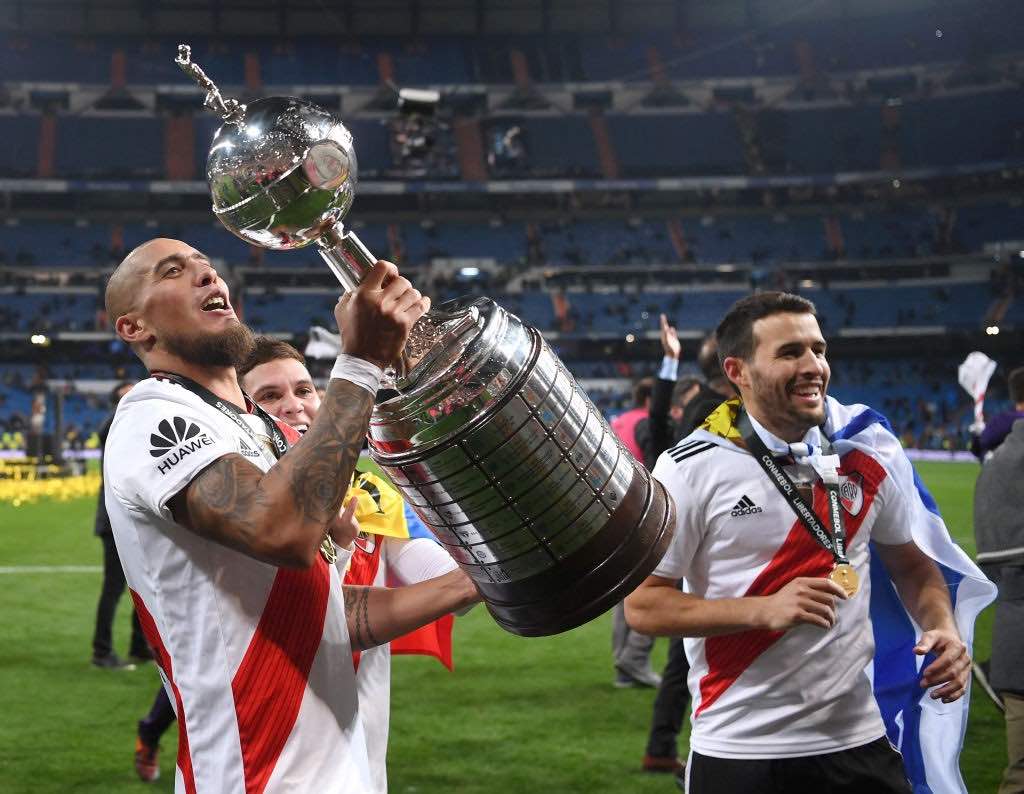 Last November, the footballing world was captivated by one of the biggest games imaginable in the sport — a Boca Juniors vs River Plate Copa Libertadores final.

Less than 12 months on from that seismic event, the two clubs meet again at the semi-final stage of the same tournament.

Last year’s final was an open affair. River won it 5-3 on aggregate after extra-time and both sides had opportunities to add even more goals to their tally.

2⃣0⃣1⃣8⃣ saw a historic meeting of @RiverPlate & @BocaJrsOficial in Madrid with the #Libertadores title on the line.

These two fierce rivals will meet again in 2⃣0⃣1⃣9⃣, this time with a spot in @Santiago2019 at stake! pic.twitter.com/OlsQOTKdfF

This time around however, the omens are very different. The 180 minutes which await the clubs’ millions of fanatical fans across Latin America promise to be much tighter than those witnessed last year.

The main reason for this is that Boca Juniors have changed direction since seeing that final slip away in the Santiago Bernabéu stadium in December.

Guillermo Barros Schelotto, an idol from his playing days at the club and fairly successful manager, stepped down and moved to MLS to manage LA Galaxy after that final.

In his place, Boca appointed Gustavo Alfaro who was managing neighbours Huracán quite successfully at the time.

His preferred style of football contrasts vastly with the one Guillermo used to opt for.

Alfaro plays a ‘safety first’ style of football. This may not excite as many neutrals, but there is no doubting its effectiveness.

Boca currently sit top of the domestic Superliga. With no goals conceded in their first seven games, they finally conceded one towards the end of their eighth game on Saturday night.

They also reached the Libertadores semi-final with clean sheets in both legs of the last 16 and quarter final, eliminating Athletico Paranaense and Liga de Quito along the way.

Goalkeeper Esteban Andrada set a club record for minutes without conceding and is looking superb between the sticks.

Andrada’s amazing streak of not conceding any goals in 1128 minutes has ended.

This streak was the longest in Argentine football history 👏

In the league match between these two giants on September 1, Alfaro laid out a surprisingly defensive plan. His team sat very deep in their own half and denied River the space they usually exploit so well.

The problem was that, setting up so far from the opposition goal, they threatened very little, stringing together few meaningful moves in the opposing half all afternoon. Naturally, the game ended in an underwhelming 0-0.

River fans were frustrated by Boca’s strategy, and Boca fans even debated among themselves as to whether this is what they want from their team.

Alfaro was questioned for weeks after the game about this tactical choice. Ever the pragmatist, he pointed out to the media that River are five years into a cycle under their manager while he is only seven months into his time at La Bombonera, thus making all comparisons unfair. He did what he had to in order to make sure his team left with a satisfactory result.

All tickets for Tuesday’s Copa Libertadores semi-final vs Boca are sold out. #Libertedores pic.twitter.com/KPPG37kwoe

Other recent performances by River add weight to Alfaro’s argument. Marcelo Gallardo’s side won 6-1 at Racing and 4-0 at Huracán in recent weeks, proving that if you dare to open up and leave spaces against the South American champions you can end up on the wrong end of a truly embarrassing scoreline.

Boca will get several players back for the away leg who could add some bite to their attacks, but for now the assumption is that they will again opt for a very cautious approach to the opening 90 minutes away at El Monumental.

Forecasting their approach to the home leg at home on October 22 is much more difficult, as it will depend on how the first leg pans out.

The only certainty is that both teams will need to be patient during this epic tie, and goal scoring chances will be at a premium.

The bad news for the neutrals is that Daniele De Rossi, Juan Fernando Quintero, and Lucas Pratto all seem likely to miss the first leg through injury, although they hope to feature in the return.

Off-the-field issues will again take centre stage for this clash, as the previous two meetings in the Copa ended in a total farce due to violent incidents.

The 2015 last 16 tie was abandoned during the second leg and awarded to River by forfeit after their players were attacked with pepper spray in La Boca.

Then, before the second leg of last year’s final, Boca’s team bus was viciously attacked en route to El Monumental, causing the game to be postponed and moved to Madrid.

Security forces in Buenos Aires will need to be on top of their game for this one so Argentine football can mend some of its damaged reputation.

Only one of these great clubs can book a ticket for the final in Chile on November 23. For the other, a heartbreaking elimination awaits on October 22 in La Bombonera.

Another chapter in one of the world’s most famous rivalries will be written that night, and it’s sure to be memorable.