Rodrigo Gattas: Palestine Is A Special Country – Playing Football There Was A Beautiful Experience 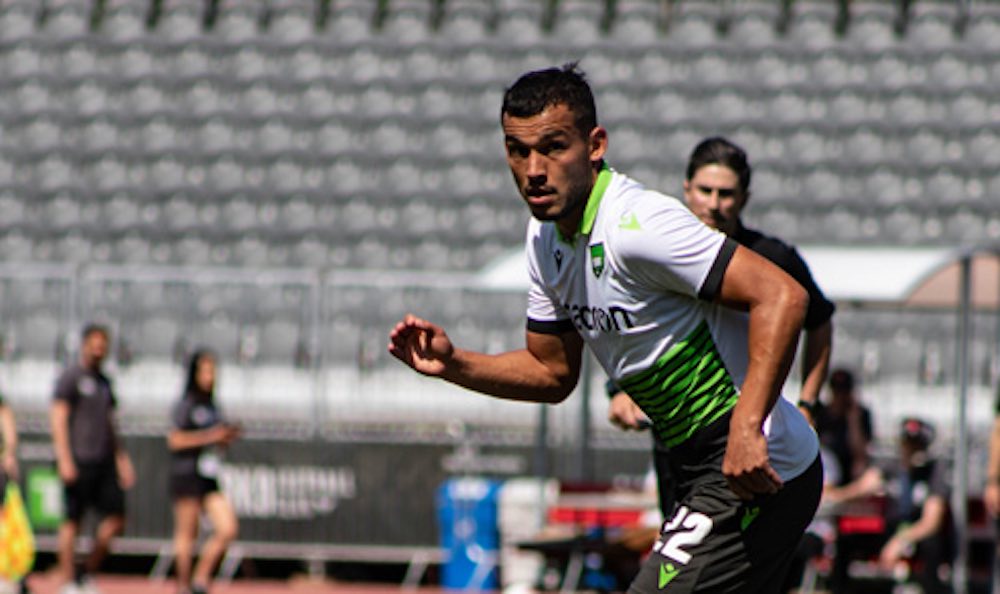 Can you imagine being 8300 miles away from home in a country completely different from your own?

Not only that, but in a place which in recent years has been affected by wars and ongoing conflicts with neighbouring countries?

That is exactly what Chilean footballer Rodrigo Gattas decided to do back in 2016 when he spent a season playing for Palestinian football club, Hilal al-Quds, helping them lift the league title for the first time in five years.

Though Gattas now plays for Canadian Premier League side York9, his move to Palestine was the first time he had stepped out of Chile to play football.

“It was a still semi-professional league, and the way of life there is very different from South America.

“Palestine is really different from most countries in the world. It is a country that lives enclosed by a wall that divides it from Israel. They live in a world very different from ours.

“They are people who, despite living with so many limitations, are very humble people, very kind, and generous.

“They are very religious with many beliefs, and although they are a country with a history of conflict, they are a very quiet people.”

For many, even going to another country for a holiday on the same continent can find problems with the language barrier.

The main language spoken in Palestine is Arabic which is completely different to read, let alone speak.

A completely different alphabet from the Latin-based languages such as Gattas’ native Spanish.

“In Palestine, most people can speak English as a second language, they can handle it very well,” he adds enthusiastically.

“I tried to communicate with them in English because speaking Arabic is very difficult.”

Football isn’t very high on the Palestine government’s list of priorities due to the current issues with neighbours Israel, and this naturally leads to a lack of funding for the game. Because of this, the top division in the country is only semi-professional, in comparison to South America where for most countries football is the main sport, and each country has at least one professional league.

Despite the league not being professional, this does not affect the mentality of the people and players towards football in Palestine.

“There are good players and they are very strong, they live with a lot of passion for football,” adds Gattas.

“But they do not have the infrastructure we have here in Canada, or in South America.”

Many footballers may not want to move abroad because it can be difficult to leave a comfort zone and the things they are used back at home, but a spell abroad could help a player improve as a person, as well as a footballer.

Gattas says he enjoyed the adventure, and few players get to go on one as unique as this.

“My best memory was to know every place in Palestine, this is a country with a lot of history,” says the 27-year-old.

“I also got to visit Jerusalem, which was just ten minutes away from where I was based.

“It was a nice experience to live there. I was never afraid. They helped me with everything and they treated me like I was one of their own.

“I have always liked adventures, I have always felt I need to be in different countries, different cultures, and going to countries like Palestine – in truth it has served me well as a person and as a player.”

Though he has played at under-20 level for Chile, he earned a call up to the Palestine senior national team during his time in the country, but in the end he didn’t feature.

“I was selected for the Palestinian team for a friendly match, but the truth is that I am Chilean and my dream will always be to play for Chile.”

After his spell in Palestine, Gattas moved back to South America, playing in Uruguay and in his native Chile, before moving to Canada.

This year he was part of the Canadian Premier League debut season, where he is currently playing for York9.

So far he has scored eight times in 25 appearances for the Ontario club, and he will also go down in Canadian football history after scoring the league’s first hat-trick in July during a 6-2 thrashing of HFX Wanderers.

“It has been a positive season for me,” he adds.

“I have played in every game, and despite playing in different positions I was able to score several goals to help my team.

“Football here is lived with a different passion as to what it is back in South America but to be here in Canada for the first professional league season has been good for me and the league will continue to grow in the future.”

At 27 years old who knows what the future holds for the Chilean adventurer. Given his enjoyment for experiencing new challenges, he could end up anywhere.

Gattas sees the Canadian league as a good platform for him to continue to grow and develop as a player, and maybe one day he can attract links to clubs in Europe and North America as well as helping him try and achieve a call up to the national team.

“My aspirations are to continue to grow as a player and as a person and to be able to be linked with great leagues such as MLS, Europe, Mexico and one day be able to reach the Chilean team.