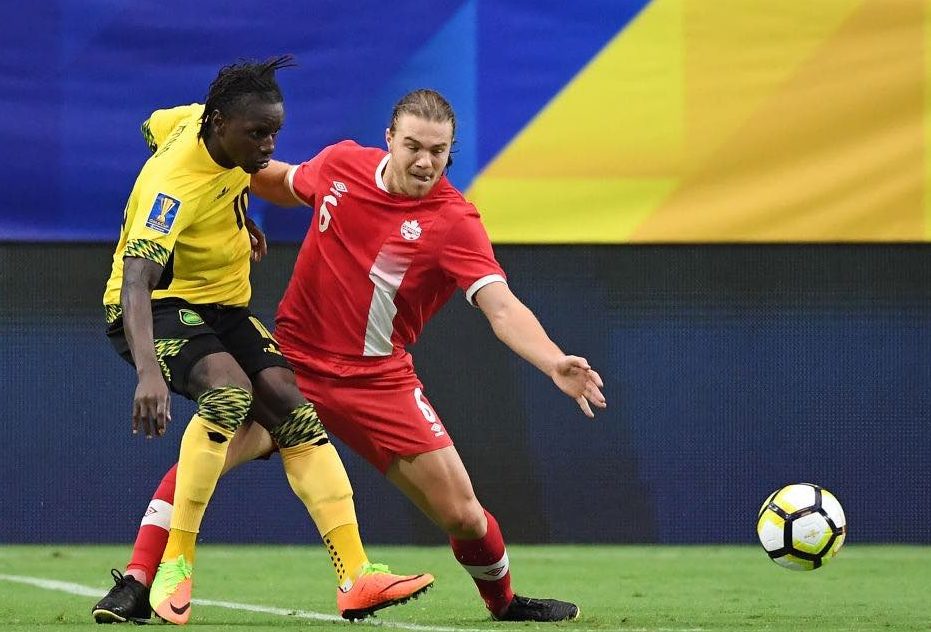 Canada midfielder Samuel Piette spoke to the media ahead of their eagerly-anticipated Concacaf Nations League meeting with the United States. Thomas Nef was on hand to relay the message for WFi.

You made your debut against the US seven years ago, as a seventeen year old. Is it possible to talk about this current Canadian team? I would imagine there’s a different feeling about facing the US this time as opposed to that game back in [2012].

“Yeah it’s a totally different scenario right now, seven years ago I would love to see who’s still with the team today compared to the team we had in 2012.

“I know the group is a lot younger than before. We have players that are playing at a high level with their club and before it wasn’t always that case, we sometimes had players that were in between two clubs and had to make a decision, or were unattached.

“Right now that is not the case. If you don’t have a club you have no chance of making the national team. A totally different scenario. Obviously we’re really excited for this game and for the player pool that we have.”

One of your club teammates, Daniel Lovitz, is on the American team and there’s a lot of crossover because there are a lot of MLS players on both sides. Does that familiarity between the players add a little bit to the rivalry for the upcoming game?

“Yeah, for sure. It’s gonna be special to play against one of my teammates. You spend the entire year with them. Lovitz is my neighbour in the locker room so we talk a lot and now I’ll have the chance to play against him.

“It’s gonna be weird, but special, but you know it’s going to add certain value to this game, because you want to go back to your club after and talk about it, and be on the positive side.

“It’s gonna be special to play against this guy because he’s one of my good friends, but you know when it comes to game he won’t really be my friend, to be fair!”

You’ve played a lot games at BMO Field over the years and with this match against the US, how important is it that you guys have a nice full stadium cheering you on?

“Yeah, really important, we need that support. We know how important it is when you play at home and have that extra support from the fans, and you know they are behind you. Especially in a game like this where we play our biggest rival in an important game.

“It’s been a long time playing in a competitive game that means so much for us as players, for the association, but even for the fans, because you know the hate that we have towards the Americans is natural. Even if you don’t like soccer or anything. So we need that support and hopefully the stadium will be packed and behind us”

This game comes during what’s largely been a positive year for Canadian soccer. A league was launched this year, you got to play in what was a pretty exciting Canadian championship as well, so how exciting is it to see soccer continue to grow in this country and how much motivation does that give you going into these camps now?

“Yeah I’m really looking forward to this game. Like you said a pretty positive year for me and for Canada, in terms of for me winning the Canadian Championship. Obviously a disappointing loss in quarterfinals of the Gold Cup, but we knew we could have gone further in this tournament and we proved ourselves I think to the others that we have a competitive team.

“I think right now we’ve just got to finish the job, finish what we’ve done the entire year and make sure we put in a good performance, and most importantly get a result against the Americans, Because, like I said, we want to impose ourselves as Canadians in Canada but all across Concacaf, and the other teams that we’re playing, to tell them were a serious team and were ready to make good things happen.

“I think this game is crucial and if we get a good result. I think the country will be behind us.”

What’s it been like introducing Stephen Eustáquio to the national team?

“It’s been good. Obviously he’s a great guy. I didn’t know him before, I met him first day in camp. I knew his brother Mauro — played with him in the youth national team, and they’re brothers so they’re pretty similar.

“Cool guy, laid back, relaxed, very friendly — his adaptation to the team, and for him to get to know everybody, was really fast.

“I haven’t seen much on the pitch yet, but I’ll definitely see his quality this week. It’s great to have a player at that level to join our team, our program, and we need the best players to compete against the best teams. He’s one of them.”

What were your emotions coming out of the Gold Cup? And also, do you and your teammates see this as a chance, as one of the games against one of the top teams, one of the few you’ve had in the recent months, to really show what Canada can do?

“Yeah 100%. After that loss against Haiti, it was heartbreaking because we knew we should have gone through and won that game, and we knew we had the ability to go all the way through and win that thing, so it was really tough.

But we knew it wasn’t the end for us and knew we had to bounce back pretty quick, and that’s what we did against Cuba, winning by a big score.

What are your memories of that game in 2012 against the States, and how special it was to make your debut vs such a big team?

“It was really special. I remember I was really nervous. I think it was my second time with the [senior] national team under coach Stephen Hart, coming on for Julian de Guzman who’s my [role] model to this day.

“So that was really special, and to be on that big pitch with big players from Canada — and even the US — I remember a feeling like I thought I was in a [Nike] commercial, that it wasn’t real.

“I’ve dreamed of making my national team debut for a while now, and to make it at seventeen was really special. These are emotions that will stay with me my entire life.”

Thomas is a freelance reporter based in Edmonton, covering the Canada national team, Canadian Premier League, and Canucks abroad.

Loading...
Newer Post
Is Andrea Belotti The Answer To Italy’s Striker Problems?
Older Post
Kalidou Koulibaly – A Player Doubted As A Youth Reaches The Top Of His Game