Alefe Santos: From The Streets Of Sao Paulo To Aldershot Town 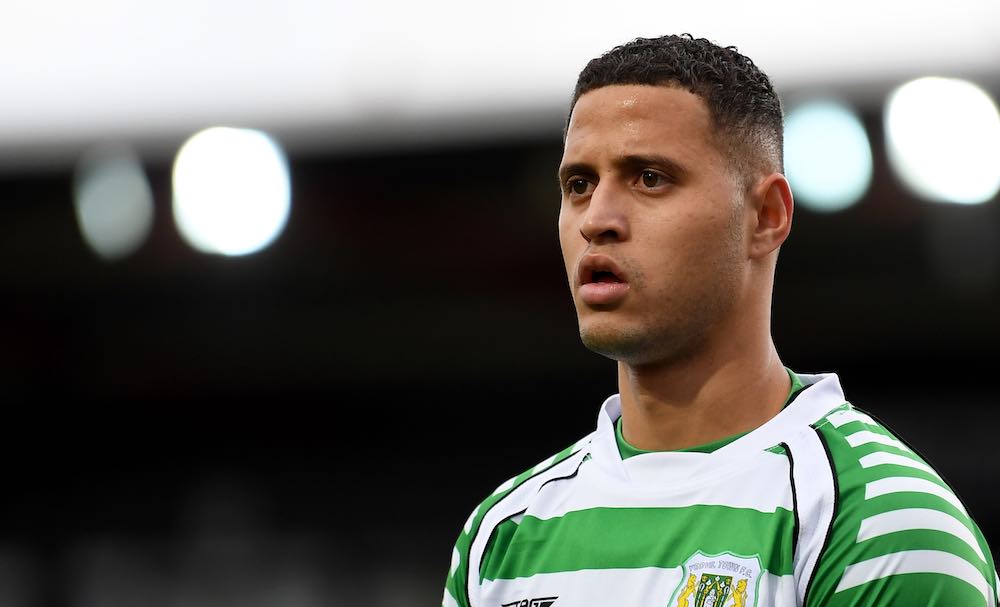 Alefe Santos is a Brazilian winger playing for Aldershot Town in the National League — a player from South America playing in the fifth tier of English football.

Santos was born in Sao Paulo and spent the first 12 years of his life in South America. He learned to kick a ball on the streets of Sao Paulo at a time when the Brazil national team was one of the best in the world, featuring players such as Ronaldinho, Ronaldo, Roberto Carlos and Cafu — greats of the game.

The Brazilian club sides back when Santos was in Brazil were much closer to the European sides than they are now, as shown in various Club World Cups back when teams such as Flamengo, Vasco Da Gama and Sao Paulo enjoyed victories over top European sides.

“I have always loved playing football from a very young age and it’s something I’d always wanted to do,” Santos told WFi.

“I started playing football aged five, and growing up my Idols were Ronaldinho, Ronaldo, and now I enjoy watching Neymar.

“As a young boy, I always liked Santos and Sao Paulo, and watching those boys play inspired me to play football.”

Santos also talked about his first memories of playing football in Brazil.

“As soon as I got home from school I would go to play football straight away with my friends until it was time to eat,” said Santos

“Football in Brazil is very different at a young age, so we would just always play football in the streets.”

Santos left Brazil aged 12, as he and his family moved to England to start a new chapter.

It was a big challenge for them, even when it came to overcoming simple things like the weather and the food, but also the bigger change of having to learn a completely different language.

“My parents told me I would have a better chance here in the UK, and better opportunities to achieve my dream to become a professional footballer,” Santos said about his transition from Brazil to England.

“School in Brazil was different you only go to school in the morning, and in Brazil it’s different because life out there wasn’t as privileged as it is in England.

“It was very difficult because I didn’t speak the language so had to learn it very quickly. I learned the language at home before I went to school, as well as in the lessons there.”

“Food-wise there was no problem I had my mum with me so she still cooked Brazilian food! And the weather wasn’t the best but I learned to adapt to it very well.”

Despite being in England for 12 years now, Santos still keeps tabs on what is going on back home.

“When Brazil are on TV I watch them,” he added.

“I still have a few friends that play football in Brazil so I follow them too. I do miss home a lot.”

Upon arrival It did not take long for Santos to impress the scouts in England, and still only a schoolboy and having not being in England for very long, he attracted the attention of Stoke City where his development began.

At just 17 he signed a scholarship with Bristol Rovers and just a year later he made his senior debut coming on as a substitute in a League Two match against Port Vale.

“My first memory was getting signed for a professional club, getting signed up for a scholarship, and making my league debut at 17 years old,” he said of his early memories of playing football in England.

“Football in England is more physical, whereas football in Brazil is more technical.”

Following his time at Bristol the Brazilian had spells with Derby, Notts County, Eastleigh, Yeovil, and is now playing for Aldershot Town, who he signed for this year.

“I have settled in very well, I get along with my team-mates and the management very well,” he says of his new club.

“I have been selected to play most weeks and it’s a very good club to play for. My goal is to get as many games as I can under my belt and try to create more assists for the team, get some goals for myself, and for the club finish around mid-table or possibly higher.

“My dream is to play in the Premier League because I know I have the ability and talent to do so.”

Recent examples include Daniel Alves and Felipe Luis, but for Santos, this will not be the case.

“I wouldn’t play in Brazil again because I would like to make it here in England and be bigger than what I am right now,” he says.

“The opportunities for me here are much better here.”