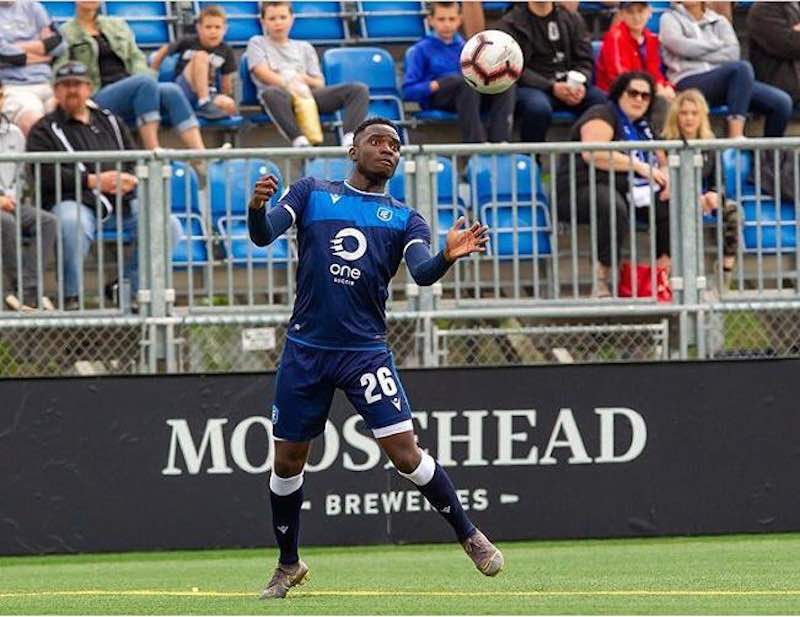 You’re one of a handful of players to come out of the University system, CCAA in your case. Just how much talent is there in that stream that usually goes out noticed?

“I would say because a lot of people look at uSports and the talent there because it has bigger schools, but at CCAA, when I went to nationals, it had a lot of talent, to be honest.

“I was surprised when I went there, it has some pretty good players.”

Being one of the youngest members of the club at age 18, how crucial is the U21 rule to give guys like you the required minutes of First team football?

“I think it’s a very good rule, especially with it being a new league.

“With Canada getting more involved in soccer, it’s good for young players to get on the pitch.”

Can you describe the friendship that you and Alphonso Davies have? How long does it go back and has he given you any advice?

“When we hang out, we don’t really talk about soccer. We’ve known each other since we were kids; since we were like 10, since we played against each other in youth soccer, and now he’s all the way in Bayern [Munich]. We’re good friends.”

Coming over from Liberia at ten years old with your family, it has to be an extra special feeling for you to have the Canadian flag beside your name.

“It’s pretty great too. I can represent Liberia or the country that took me in. So Canada I’m very grateful for and it’s amazing.”

In 2016 you attended two evaluation camps with Canada Soccer. Tell me a little about how that went down and what did you take away from it?

“When I went down there in 2016, I saw all the players my age doing well. The biggest take away for me was that hard work is the best thing, not just talent. It was a valuable experience.”