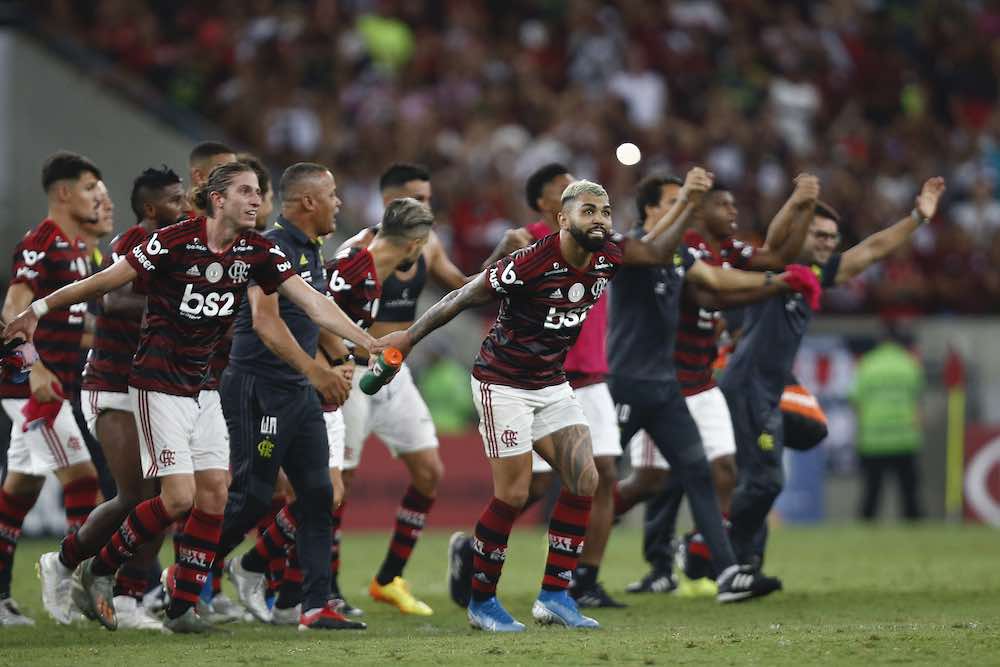 Copa Libertadores final fever is flowing through the streets of Rio as Flamengo are set to take part in their first final since 1981.

To mark the historic occasion, fans flooded the city as Rubro-Negro players began their journey to Lima.

On the way to the airport, Flamengo players and coaching staff were greeted by chants, flares, and flags as supporters aim to give their side an extra boost for the biggest game in South America.

Manager Jorge Jesus, who is highly popular with the Flamengo faithful, has a chance to do something no other European coach has done before by lifting the Libertadores cup.

“It was something unique! I have never seen this before in Brazil,” Gabriella from Fla Galaxy told WFi.

“We shared our energy with the players and we made them feel warm and supported.”

This is Flamengo’s biggest game since the victory over Liverpool in 1981 in the Intercontinental Cup, where the Brazilian side ran out 3-0 winners. It’s something the older generation still talk about to this day.

For the younger generation, this will be the first time watching their beloved club in the final, and many fans have not had a chance to see their side lift the Libertadores.

The last time Flamengo won the trophy was back in 1981 when they defeated Cobreloa of Chile in a tie-breaking playoff in Montevideo.

Scenes as #Flamengo depart for Lima for the #CopaLibertadores final pic.twitter.com/6FHHTdbnJd

Of the many fans expected to travel to Lima, a large portion will be without tickets. They’re simply going to soak in the atmosphere.

“For the fans, this game is the game of their lives,” added Gabriella.

“Most of them couldn’t see Flamengo in the best years in the 80s, they couldn’t watch the Libertadores and Mundial. Nowadays we have the opportunity to watch history being written.

“The Flamengo fans were always optimistic and passionate about the team, and this love only grows by the day.” 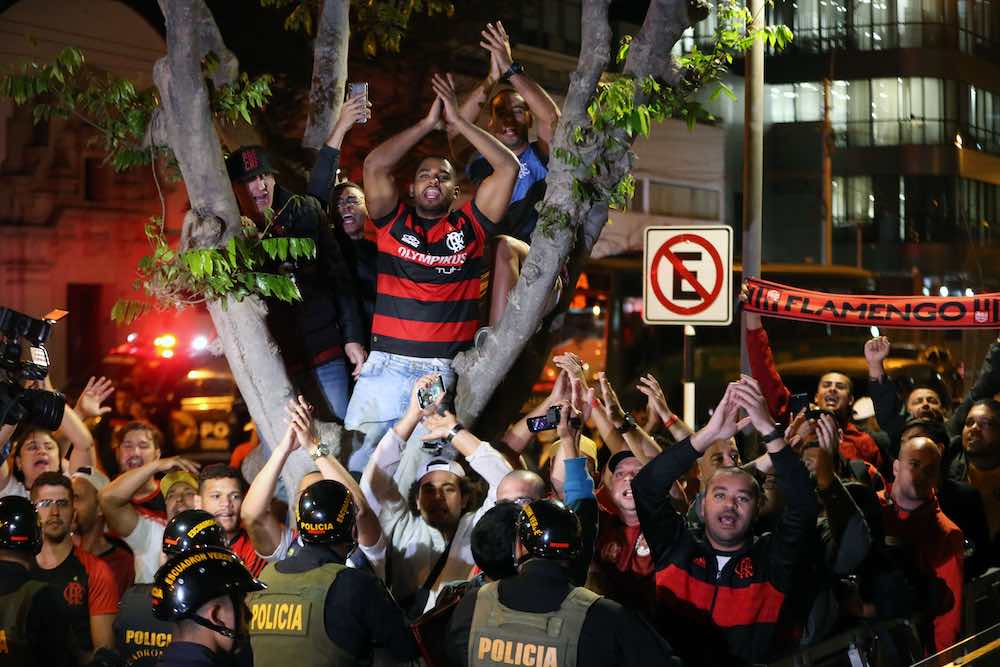 After watching several other Brazilian teams, including bitter rivals Vasco De Gama, be successful in the competition, Gabriella was delighted that it’s now Flamengo’s time to fly the flag for Brazil again.

“For most of the youngest fans that is the first final,” she said.

“Until recently we didn’t have victory in our veins like we do today with Jorge Jesus.”

Flamengo has a very talented squad who are playing some of the best football the Brazilian championship has seen. At the moment they’re looking like an unstoppable force. One major reason for that is Gabriel Barbosa. 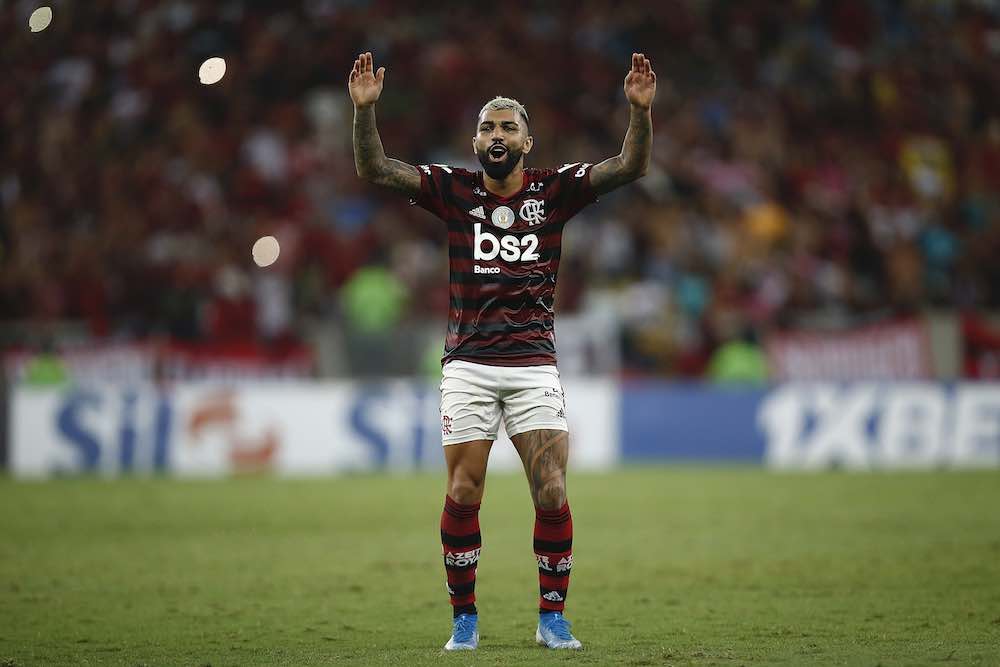 In all competitions, this season ‘Gabigol’ has played 53 matches scoring an impressive 38 goals. He is just one of the many players River will have to be wary of come Saturday.

Giorgian De Arrascaeta has been a key figure in the midfield and is another player to look out for. This season he has contributed an impressive 15 goals, as well as creating several chances for his side week in, week out.

“All of the players in the team have the potential to make a difference,” says Gabriella of Flamengo’s possible match-winners.

“Diego Alves is fantastic in goal, the unstoppable Rafinha’s urge to win, Felipe Luís’s incomparable qualities. Basically, all of the qualities that make Flamengo the best team in the league nowadays.

“The fans only hope is that Flamengo plays the way that they’ve been playing up until now.”

Standing in Flamengo’s way are the holders, River Plate, a team that have the know-how to win these finals as they have done in two of the previous four. On top of that, they have a world-class manager of their own in Marcelo Gallardo, who is one of the best managers in South America.

Some Flamengo fans have been quick to underestimate their opponents and even have their eyes on playing Liverpool at the Club World Cup, but Gabriella kept her attention on Saturday’s match and spoke highly of River.

“River’s team are very equipped as well to win the Libertadores, they are the former winner which worries us a lot,” she said.

“Besides that, they have an awesome coach with a lot of experience.”

This weekend has the potential to be the greatest one in the history of Flamengo. 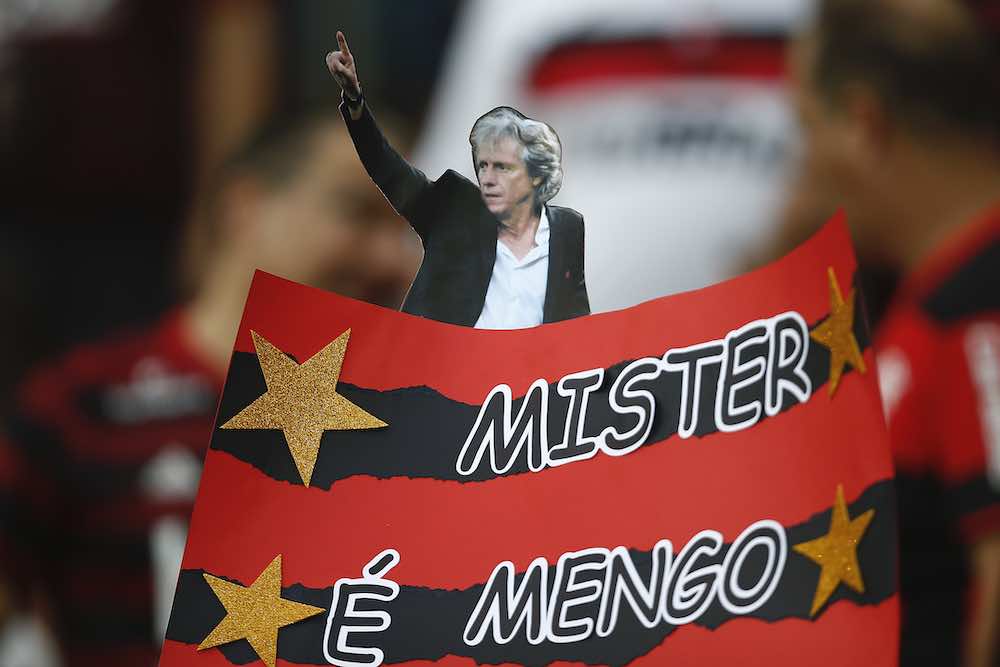 Not only could they win the Copa Libertadores, but if title rivals Palmeiras drop points on Sunday when they take on Grêmio, Flamengo will be crowned champions of Brazil for the first time in ten years.

The last team to do the Libertadores and league double were the Santos team of 1963, who had Pélé in their ranks.

On the prospect of winning the double this weekend, Gabriela was lost for words;

“Honestly, I don’t know how I’d feel. I’m living unique moments and never could’ve thought that this would happen.”