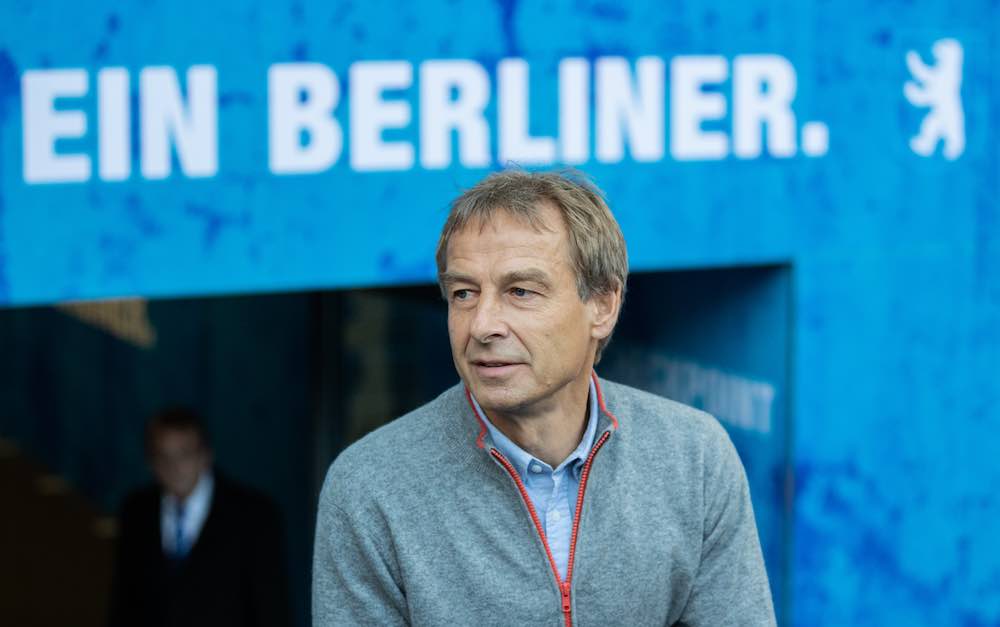 It was a week that began with big changes and ended with big wins in the Bundesliga, and we kick things off in the capital.

With financial investment and new signings, the pre-season mood around Hertha Berlin was one of optimism.

Despite a mediocre 2018/19 campaign, expectations in the summer were that Hertha could challenge for a Europa League spot.

New coach Ante Covic had worked his way up through the club’s system, looking to make a positive impression in what he described when appointed as “the right time for me”.

An opening day draw away to Bayern proved to be a false dawn.

Three consecutive defeats left them in an early precarious position, but a run of three wins and a draw from their next four games restored hope. Losing the next four, though, including that historic Berlin derby, resulted in Covic’s departure. 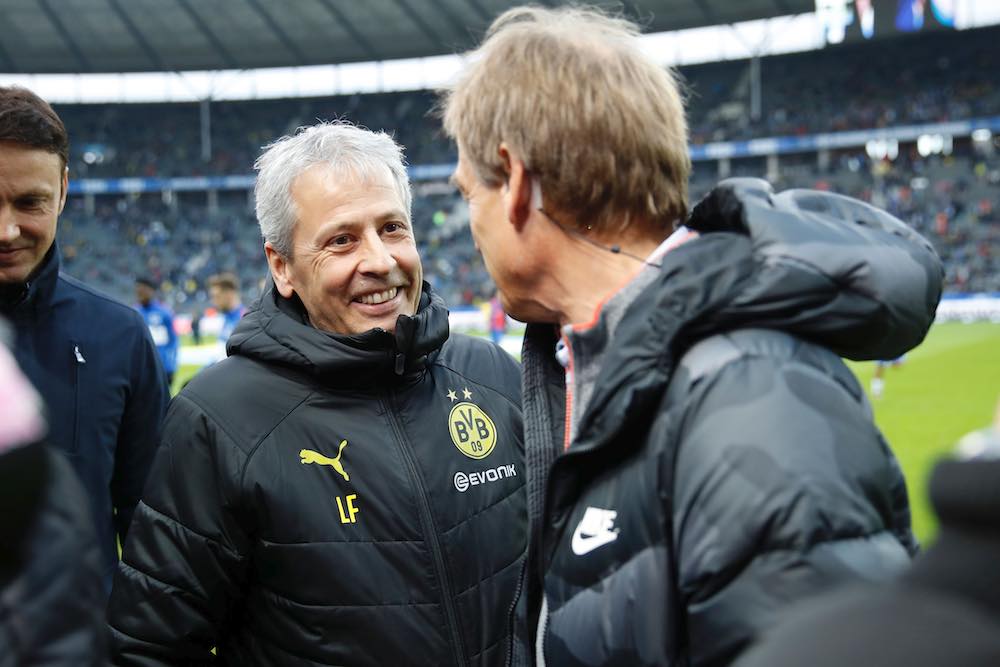 His replacement, until the end of the season is German football legend and former national team manager Jürgen Klinsmann.

His previous stint as a coach in the Bundesliga was with Bayern and didn’t go according to plan. He struggled to live up to expectations and was sacked before the end of the season with Bayern in third place.

At Hertha, expectations will not be as high, but the pressure almost as intense given their current league position and form. He has a decade of further experience since his Bayern departure and might need to draw on every bit of it.

There was no dream start for Klinsmann at the Olympiastadion, but reasons for optimism may come from their response after going two goals down against Borussia Dortmund.

For all that Dortmund sporting director Michael Zorc has continued to back Favre, defeat in Berlin may have spelt the end of Favre’s tenure. Following on from humiliation in Der Klassiker and the lamentable performance in the home draw with Paderborn last week, a comprehensive defeat away to Barcelona midweek was only made to look remotely respectable by a late Jadon Sancho goal.

Make no mistake, Dortmund are in a bad place. Aside from a long run of rocky performances and underwhelming results, reports of an issue between Favre and Sancho are growing and there have been plenty of rumours linking the player with a move back to England.

Perhaps that is down to Sancho’s tender age and the long list of prominent clubs tracking him, but it may also be a sign of internal frustration at the puzzling tactics and selections of Favre this calendar year.

A Vladimir Darida goal halved the deficit for Hertha and shortly after, Mats Hummels didn’t help his team by needlessly getting a second yellow card. Davie Selke thought he’d equalised early in the second half, but the goal was chalked off by VAR. Dortmund hanging on for the win was exactly what they needed for more reasons than one.

Whilst all this was going on, RB Leipzig has raced to a three-goal lead at Paderborn, only for the home side to claw their way back into things with a couple of second-half goals. It was a win that took Julian Nagelsmann’s side to the top, though they could be matched on points if Bayern could amass a four-goal victory at home to Bayer Leverkusen.

Per Mertesacker on Hansi Flick: “His contribution to our World Cup win is underrated. Hansi brings the players together, he has that ability to a degree I’ve never experienced before. With him it’s about little ego and a lot of team spirit” [Kicker] pic.twitter.com/e2K3pJwNkE

Caretaker boss Hansi Flick had enjoyed the perfect start to his temporary reign at this point. Winning all four of his games in charge without even conceding a goal, but plundering sixteen for themselves in the process. Those were pretty ominous statistics facing a Leverkusen side languishing mid-table.

For all that Flick had got everything spot-on before this, and was rightly praised for doing so, Peter Bosz deserves enormous credit for his tactics in this game.

Using the abundance of pace out wide in Moussa Diaby and Leon Bailey, Leverkusen were able to penetrate the space in behind Bayern on the counter-attack. Alphonso Davies had been impressing onlookers with his displays at left-back, but this proved to be a difficult evening for the Canadian youngster as Diaby repeatedly turned him inside-out.

Bailey was reminding everyone of his talent as Leverkusen quickly sprung their attacks and he stunned the Allianz by putting the visitors ahead. The Bayern response was incessant pressure that including hitting the woodwork a couple of times before Thomas Müller netted an equalising goal.

Incredibly, Bayern were on level terms for less than two minutes before Bailey repeated his heroics and restored Leverkusen’s lead in front of a stunned Allianz Arena.

With the champions right back where they started, they again set about seeking another equaliser. Indeed, Bayern pushed and pushed, but Robert Lewandowski’s record of struggling to score against Leverkusen somehow continued.

With Borussia Mönchengladbach registering a 4-2 win over Freiburg on Sunday, it means they once again sit top, with Leipzig breathing down their neck.

Schalke, Bayern and Dortmund are not far behind in this intriguing and unpredictable Bundesliga title race as we edge closer to the winter pause.

The exciting nature of this season means that Gladbach hosting Bayern on Saturday could change it all around and will likely dominate this column next week.