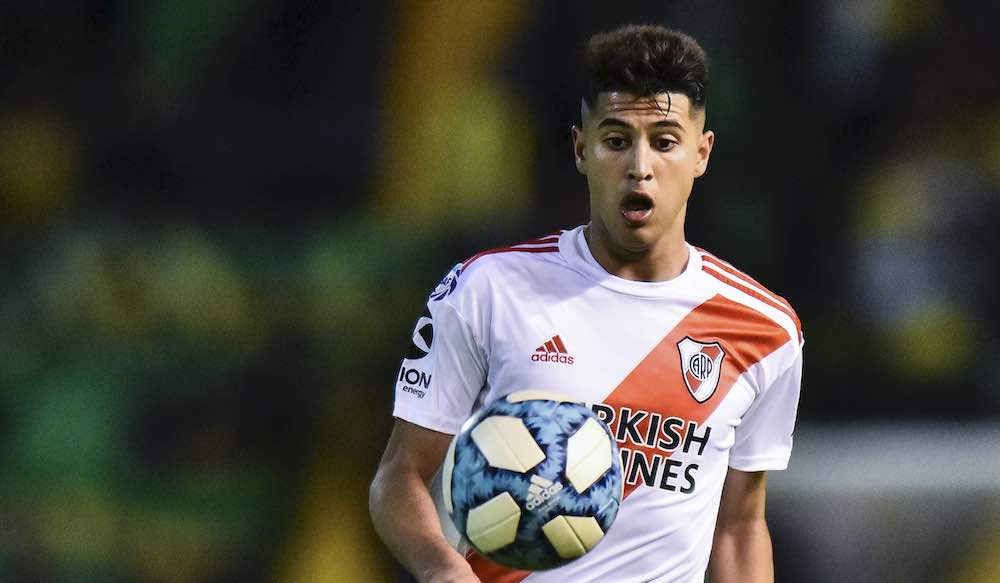 River Plate midfielder Exequiel Palacios is not a name familiar to most global football fans, but he is a player that has had scouts and people with an interest in Latin American football intrigued for over a year.

Palacios, originally from Tucuman in north-west Argentina, is a box-to-box midfielder who is as comfortable slotting through-balls to Lautaro Martínez as he is defending back by his own corner flag.

He combines technical ability with intensity and work rate off the ball which players who normally have to specialise in one or the other find enviable.

To call him an attacking or defensive midfielder would be incorrect. He is both.

People who watch the Argentine U-20 team closely knew in 2017 that River had a real talent on their books, and he broke into the club’s first team in emphatic fashion in the second half of 2018.

While players like Enzo Perez and Juan Fernando Quintero were recovering full fitness after the World Cup, he stepped into the team at a critical time- the second round of the Copa Libertadores.

His first taste of the competition was unforgettable. He played brilliantly and scored the second goal in a 3-0 win over neighbours Racing which set River on the way to the quarterfinals.

He was quickly called up to the Argentina squad and given his debut by Lionel Scaloni in September 2018.

By the time the 2018 Libertadores final arrived in November, Palacios was an undisputed starter and played both legs of that epic Superclasico final. He played a hand in the goal that swung the game in River’s favour in Madrid.

At that point, there were strong rumours linking him to Real Madrid but that move never materialised.

In early 2019 he broke a bone in his foot which led to a two-month lay-off, and just before the Copa America he pulled a hamstring so was cruelly denied his first taste of an international tournament. He will see many more no doubt.

His form through 2019 continued to be superb, setting up goals and working tirelessly to close down opposing midfielders. He even chipped in with some spectacular goals.

He starred in the 2019 Copa Libertadores final too, keeping Flamengo’s midfield under intense pressure when in possession, and would have deserved his second winners’ medal in a row if River hadn’t let the match slip agonisingly in the last minute.

Still, a Copa Libertadores winners and runner-up medal is not a bad haul for a 21-year-old man.

Within days of River returning from Lima after playing their most important game of the year, the race to sign him was on.

Ajax were reportedly interested, and David Beckham’s Inter Miami made several efforts to tempt him to MLS, but it was the Germans who made the deceive move.

They met the €15m release clause which the player and his agent had decided to deliberately keep low by not renegotiating his first professional contract. The young star knew his call from Europe would come soon and wanted nothing to obstruct his path.

Leverkusen have secured a superb raw talent. Many believe this transfer will be a mere stepping stone before a €50m move to an even bigger club.

For that to be the case, Leverkusen fans will have to end up being as consistently impressed as River Plate followers have been for the last year and a half.