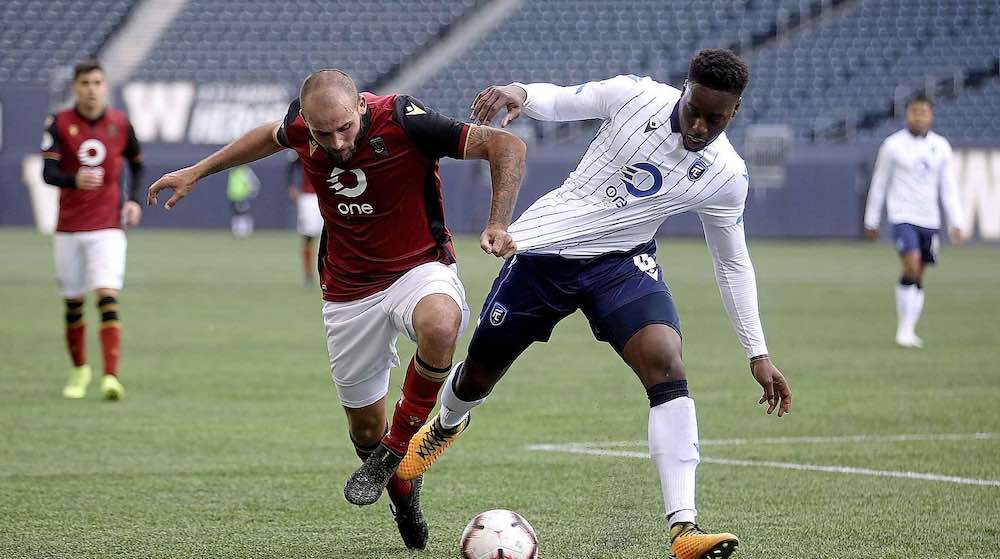 By Thomas Nef, speaking to Mele Temguia for WFi.

You were developed at Montreal Impact Academy. Can you talk about your time there?

“To this day I’m really grateful and thankful for the formation I had back in Montreal.

“I started in 2011 and I was there until 2017. They taught me how to be a pro, on the field and outside the field which made me the man I am today, along with my parents obviously.

“But yeah it was a good experience for me. I don’t regret it at all.”

What other youth clubs did you play for prior to joining the Impact?

“I’m actually from Sherbrooke, which is a little city outside of Montreal. I always say Montreal because nobody knows Sherbrooke really.

“Back in Sherbrooke I was playing for a club that at the time was called Le vau de Chauve — a local team.

“It wasn’t in the PLSQ [Première Ligue de soccer du Québec], it was pretty new. I think a couple of years old at the time.

“It was provincial so we would play against teams in Montreal and all over Quebec. It wasn’t a professional organization nor did it have the structure.”

You’re born in Germany and raised in Quebec. Are you a dual passport holder?

“At the moment I don’t have a German passport, for some reason. I should look into it, it would open a few new doors.

“But yeah I was born in Germany, grew up in Canada. I think my situation is different because my parents didn’t have citizenship when I was born there.

“I spent the first 6-7 years over there, forgot all the German I knew.”

Coming over from Australia, living there for a year and playing in its second regional division. What did you see first-hand over there? The A-League has done wonders for their national team, the Socceroos. What lessons can Canada learn as a country that’s lead the Aussies to four consecutive World Cup appearances?

“The main thing I could say about soccer in Australia is that the second division, where I played, and the A-League which is the first tier, is that they don’t allow a lot of foreigners in the leagues; could be a good thing, could be a bad thing, depends how you look at it.

“In the second division there’s a limit of two international players per team, and in the first division it goes up to maybe three or four.

“Knowing that – the majority of players are from Australia, so I think that has an effect on the development because they’re at home and that leads to playing time.

“So I would say that does make an impact on their success in the national team.”

So do you think the CPL could change the export rules from 7 to 5 next year?

“They could, they certainly have the right to do so. If you’re asking me if it would be a good idea then it could be good because it would mean more Canadians in the league, but I also think it would decrease the visibility that the league has around the world.

“So it could be a good thing, but at the same time it’s also good to have players come in and see what Canada is about, then they’ll spread the word as well. It’s the league’s decision really.”

How incredible was it playing for FC Cincinnati back in 2017 where they averaged crowds of 20,000+ per match while still playing in the USL? After only one year of existence as well. Is that something unique that we may not see in North American soccer for a very long time?

“Cincinnati was a big experience for me. Obviously the crowds/fan-base there was something I hadn’t seen before — either seen or experienced myself.

“It’s special what they have over there. It’s what helped them get into the MLS that quick, that early.”