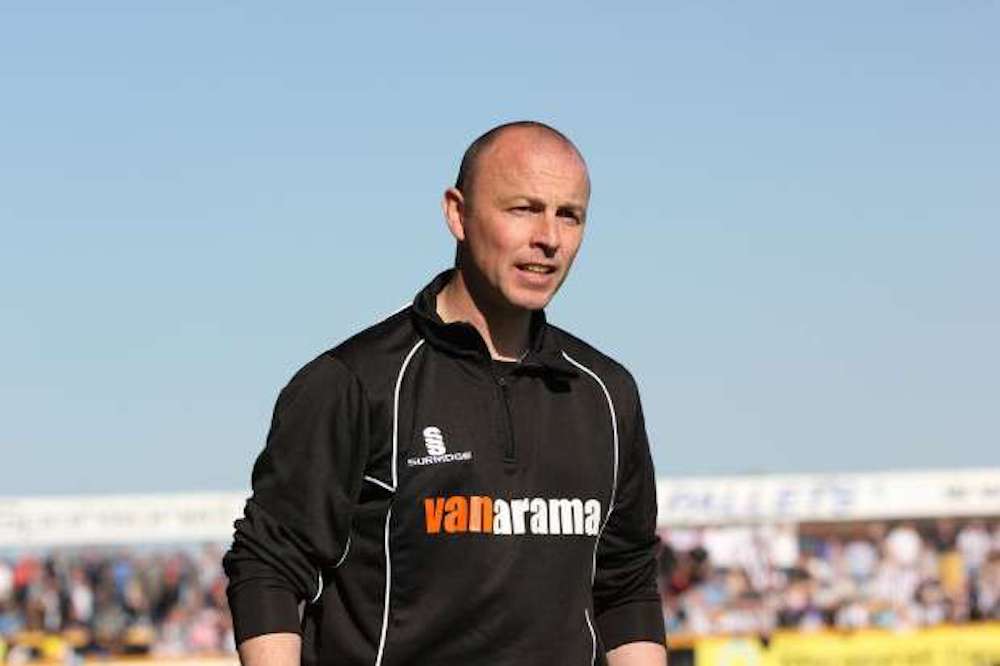 James Rowe spoke to Warrington Town manager Paul Carden for WFi. They discussed his playing days at Chester City, working under Nigel Clough at Burton, and the different types of players he played with and against.

You became manager of Warrington Town in 2016. How are you enjoying managing the club, what are the challenges, and what do you hope to achieve?

“First and foremost I am really enjoying my time here as manager. The Chairman is brilliant to work with and we have worked hard to produce a team that will challenge.

“We missed out on promotion last season through a one season system where there was a super play-off needed, so we go down in history as the only team to win our play-off final in the league but not get promotion. That was obviously really disappointing.

“The challenges of managing at this level are the part-time status. You are restricted in terms of having time with the players and what you can do on the training ground.

“We have put ourselves in a better position in that the chairman has worked tirelessly to get us a training ground which will enable us to train longer, on grass too, so that helps because the majority of clubs at our level do not train on their own pitch.

“If they do not train on their own pitch they train on 3G pitches and the majority only get an hour at a sports facility.

“Especially being a coach like myself that likes to work on things with my players we will be helped a lot by training on our own training ground.”

You have two spells playing for Chester City and you made many appearances for the club. How do you look back on your time there?

“Chester City was the club where I established myself as a player. I was 24 when I became captain of the club and we managed to win the league and gain promotion. It was a highlight to lift the trophy.

“Chester City are a club that I follow fondly and, as you say, I made a lot of appearances there and it is standout club for me in my career personally.”

An excellent goal by Paul Carden sealed a 2-0 home win for Chester City over Southport on this day in 2003. #ChesterFC #OTD pic.twitter.com/IFurULn6Lg

You also played one season for Burton Albion also making many appearances. How do you look back on your one season playing for the club?

“Burton Albion were managed, and are still are managed, by Nigel Clough, who stands out as one of the best managers that I have played for, not just his outlook on the game, but also how he was as a man and as a person.

“He understood the bigger picture that there was a person behind the footballer, and it is something I have made sure I keep in my mind when I am signing, working, and dealing with players.

“He was very much in touch with the lads lives, and very mindful of things that were going on personally with the lads, getting close to the players and it was a really close, family-run club.

“He made sure that the players and their partners and families were all welcome and that was a big thing for me. It made my time at Burton Albion really enjoyable and obviously I am massively grateful that Nigel Clough signed me and I got to play under such a manager.”

I can imagine at the level you played at you came across and played with some good players who were maybe underrated. Are there any that stood out for you?

“Yes, there are a lot of players. Players who went and did more than the level of their ability just through sheer determination and hard work, and there are other players that did not fulfil their potential.

“Danny Crow was one of those who made his debut at Anfield as a young player at Norwich City, found himself at Peterborough United, and before you know it is he is in non-league football in his twenties.

“He was a really talented player and a good lad, but there were just question marks over his professionalism, which is always going to be the undoing of a young player if he is seen not as focused as he should be.

“I have also played with players who have gone on to play at higher levels, such as James Quinn who is assistant manager at Solihull Moors at present and who, again, was a talented player when we were together at Blackpool.

“He went on to play in the Premier League and make a lot of international appearances for Northern Ireland. He was a quality player.

“Danny Collins who was at Chester City when I was there moved for a lot of money between Sunderland and Stoke City, and went on to have a really good career. He also went on to become a full international for Wales.

Finally, Paul, Did you always harbour ambitions to become a football manager? Did something happen to you in your career that gave you the impetus perhaps? When did you take the decision?

“I was always interested in the [different] sides of the game, not just the coaching but the tactical side of the game, too.

“Understanding opponents, systems, and tactics and that was probably, without sounding full of myself, why I was captain at a number of clubs I played for.

“I think because of that, and the responsibility, it sort of lead me on to the next position which was at Cambridge United doing my coaching badges and getting my A license. It is something that I am really interested in and I really enjoy the coaching side of the game and the challenge that brings.

“I always say to the players, if they are trying it on or players are looking for answers, I always say don’t forget that I was once a player myself and that is one thing that I made sure was at the forefront of my mind. Never forget you played, and never forget how a player thinks because that is ultimately who you put your trust in when you pick eleven players to go on the pitch to perform and get a result.

“The most frustrating thing about managing is that once the whistle goes at the start of the game you are relying on eleven lads to carry out your instructions and get a result and that is where you come to miss the playing side of it.”