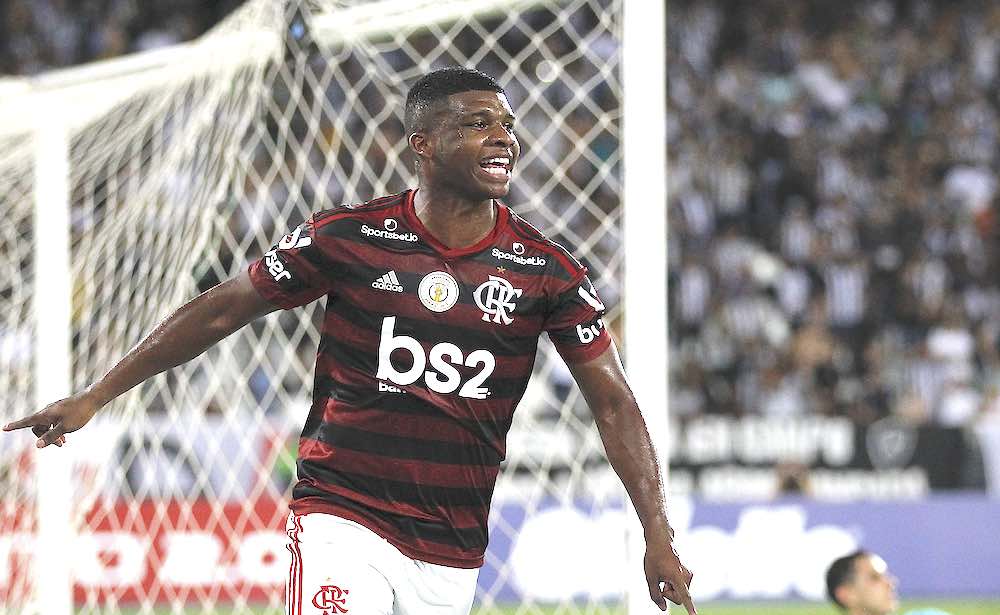 Last year, Brazilian wonderkid Lincoln enjoyed a season he will cherish forever. The 19-year-old was part of a Flamengo side, the club he supported growing up as a boy, which swept all before them in South America.

One of his more memorable moments from a whole host of them came on November 7, 2019, and he became very popular with the Rubro Negro fans as a result.

A league game away to Rio rivals Botafogo was looking like it was heading for a draw, but a cross from Bruno Henrique was met by the youngster whose goal stole the three points at the death.

“Especially the regional ones when the stadium is crowded. Rivalry matches always have a special taste.

“To score a goal like that was an amazing feeling. Imagine securing a victory in your rival’s home in the last minute… It was wonderful.”

Earlier in the year, Portuguese manager Jorge Jesus was hired by Flamengo. The new boss wanted European experience in order to adopt a different style of football to the one being played in Brazil at the time.

“It was a new experience for me,” Lincoln said of Jesus’ arrival.

“He brought different methodologies and pressing, not just for me, but for the entire team.

“He always talked to me and gave me attention I didn’t even imagine. He always encouraged me to seek the goal in a more straightforward way, to be more direct towards goal.

“He has helped me grow up and mature more on the field. Definitely.” 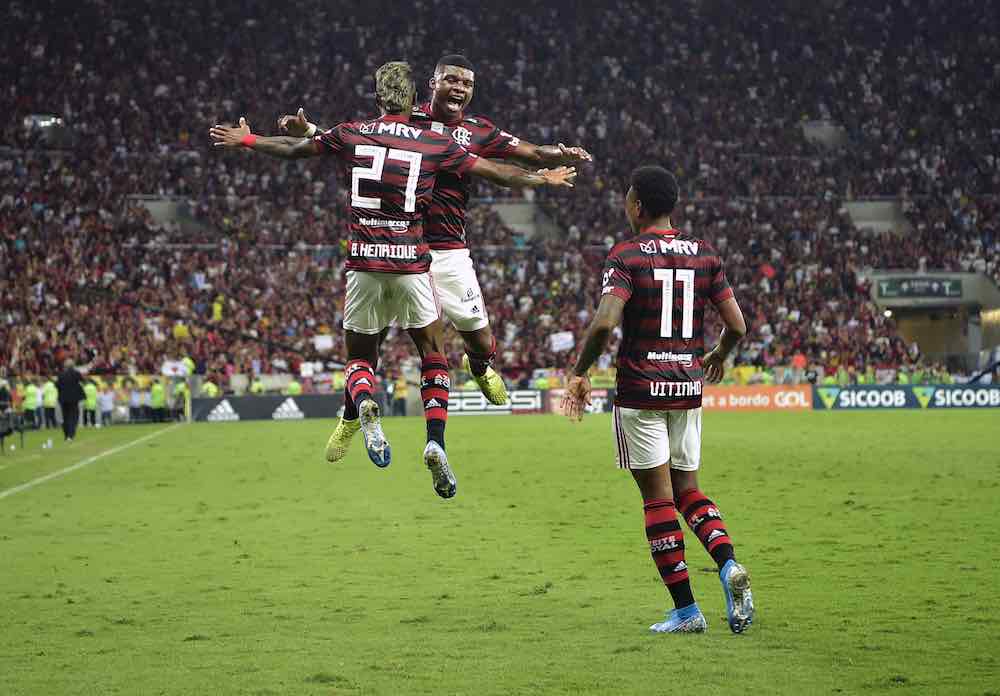 Jesus brought in two experienced full-backs in the shape of Rafinha and Filipe Luis, both of whom had forged successful careers in Europe and had a lot of experience to pass on to the rest of the squad, especially the younger players.

“They are two great players with a fantastic career,” Lincoln said of the pair.

“They’re good guys, easy to talk to and who always try to put us — the younger players — on the right track on and off the field.”

In the build-up to Flamengo’s first Copa Libertadores final since 1981, fans gathered in the streets in order to try and give their players an extra buzz for the tie as the team bus set of to the airport.

Lincoln revealed just how important that send-off was to the Flamengo camp.

“It had a very positive impact on us, It made us even more confident,” he said.

“We know the size and strength of the Nação and what they did was unforgettable. It is an indescribable energy.”

In the 2019 final, Lincoln was about to come off the bench late in the game with River Plate leading 1-0 at the time.

The youngster received instructions from his manager as he was about to enter the field.

“To be honest, I was very confident that my time would come,” he said.

“He gave me a lot of confidence and always told me to seek the goal. I knew that if I moved in that direction something good would happen. I could feel it.”

Just as Lincoln was about to come on, Gabriel ‘Gabigol’ Barbosa got on the end of a lovely Flamengo move to level the tie, prompting Jesus to halt the substitution.

Moments later, Gabigol scored a second in added time which would prove to be the winner, and Jesus brought on an extra defender rather than turning to Lincoln.

The youngster wasn’t too bothered, though, as he and his boyhood club had just become champions of South America.

“I was delighted that Gabigol scored the goals and give us the title, I celebrated a lot on the edge of the pitch,” he added.

“It was something I will take with me for a lifetime. Being a champion of the Libertadores after the club has been waiting 38 years, and not only that but Flamengo is a club that has always been in my heart, so to achieve this with them is a really special feeling.

“The emotion was so great — it was just euphoria. Being part of the history of your club, the biggest club in Brazil, and one of the biggest clubs in the world, is really something to celebrate.” 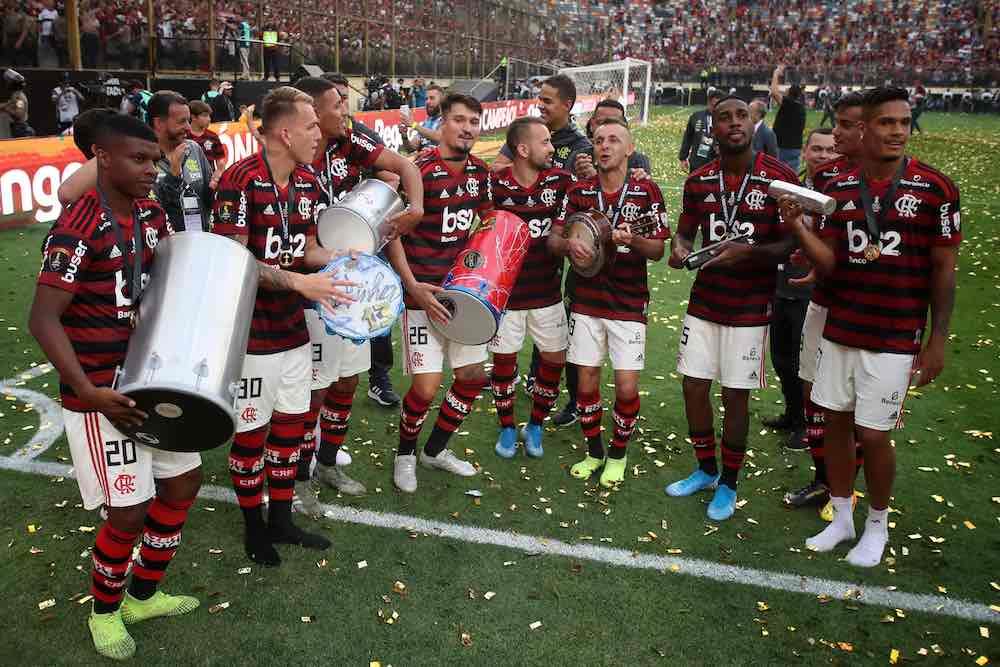 The following day things got even better for Flamengo as Palmeiras failed to beat Grêmio, ensuring that the Rubro Negro were crowned champions of Brazil for the first time since 2009.

“It was amazing and funny because we found on the bus as we were returning to the clubhouse, after celebrating with the fans the title of Libertadores in the streets of downtown Rio,” said Lincoln.

“The euphoria was great on the bus among the players and staff.”

The Copa Libertadores triumph meant Flamengo travelled to Qatar to play in the Club World Cup, where Lincoln made a substitute appearance against Liverpool in the final, a game in which they were narrowly defeated in extra-time following a goal from Roberto Firmino.

Despite the final loss, the striker opened up about the positives he found from the tournament

“It was another dream come true,” he said.

“Seeing world-renowned players and facing them was an enriching experience. I hope we can face them more often.”

Lincoln has formed a fantastic relationship with fellow striker Gabigol and he even spoke about wanting to have the same nickname!

“Gabigol has the word “goal” in his name because he scores goals, and this is my target too,” he added.

“Maybe that’s why we got along so well. He’s a very nice guy and a great goalscorer. Flamengo wins a lot with him.”

The 2020 season for Flamengo will start on the 18th of January in the Campeonato Carioca and Lincoln has set his targets on what he wants to achieve in the coming year.

“My target is to play more in the first team and help my teammates win all the possible titles this season,” he said.

“With respect to my opponents, I believe Flamengo have what it takes to win every competition we are in. I know that we can accomplish all this, despite the great difficulty that will be the season.

“On a personal level, and what I can achieve, I prefer to let things flow naturally. Me doing my job normally, things will happen. I hope.”