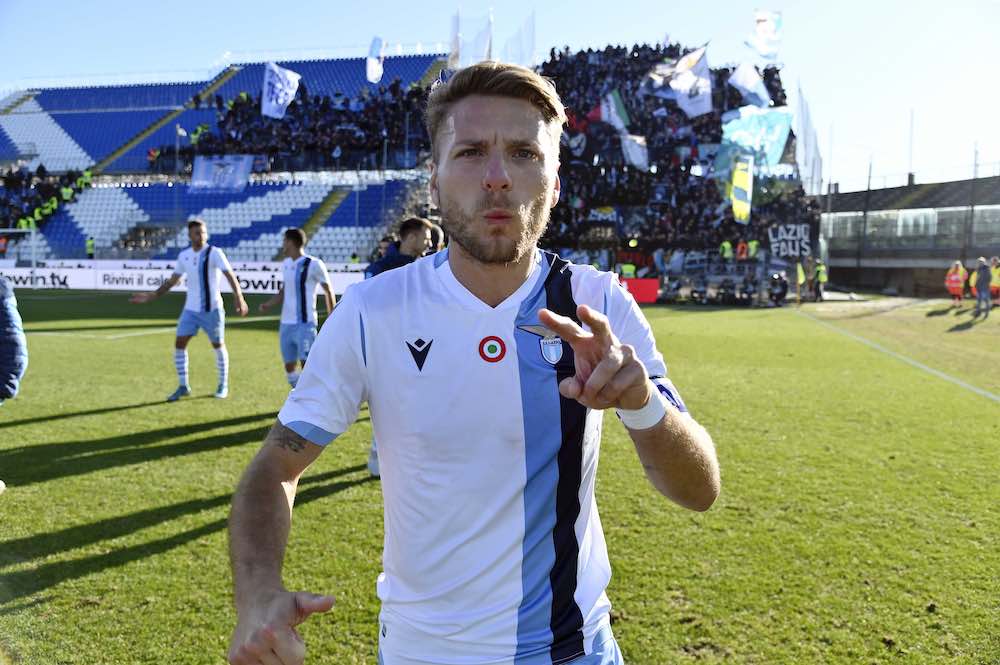 Lazio continues to impress this season and have now won a team-record nine straight matches in Serie A. With the win, Lazio keep pace with Inter Milan and Juventus at the top of the table.

Midfielder Sergej Milinkovic-Savic was happy with the victory, but the Serbian also felt that the Biancocelesti should have been able to find goals earlier rather than relying on a late goal to win the match.

After the match, he spoke to the media about the victory against Bresica, in which they had to come back from a goal down.

“New year, new matches and victories: we hope to stay on this path,” he said.

“When you win at the last minute it’s nice, but it would be better to score first and finish quieter.

“After all these victories, we are not afraid. The mentality has improved, we play to the last.

“We looked for the goal until the end, we should have found the way to the net before the 91st minute to get better at the end of the challenge.”

Mario Balotelli opened the scoring the 17th minute, beating out Luiz Felipe after a nice pass into the box from Sabelli. The striker made no mistake finding the back of the net and scored his fifth goal of the season.

With Lazio missing Luis Alberto and Lucas Leiva due to suspension, Milinkovic-Savic stepped up with many key and timely passes.

The Serbian found Ciro Immobile, and the striker showed great strength on his hold up play and sent a nice back-heel pass to Felipe Caicedo into the box.

The Ecuadorian was hauled down in the box earning the Biancocelesti a penalty, with Andrea Cistana being shown a second yellow card as a result. Immobile converted on the penalty, while Brescia had to play with a man less for the rest of the match.

Lazio were unable to generate many opportunities in the second half due to Brescia’s solid backline and good defence.

It wasn’t until the 91st minute that they managed to convert a chance. Francesco Acerbi sent a long pass from midfield into the box to find Caicedo who then sent a pass to Immobile inside the box and the striker found the back of the net to give Lazio the win.

Simone Inzaghi had high praise for his side following the victory.

“Play the game, never give up and believe it to the end. We won a very important game for our league,” he said.

“Today was a very difficult game. In the first half we should have made better use of the situations that happened.

“In the second the condition of the pitch, and the fact that Brescia had closed, made the game difficult. We probably didn’t develop the game as usual, to the skill of Brescia.”

With Luis Alberto out in this match, Inzaghi elected to go with Joaquin Correa in midfield.

“Correa is a smart guy, he had a great game,” added Inzaghi.

“I was reminded of the other solution yesterday when I saw [Danilo] Cataldi not at his best. Correa had fatigue in the end, I hope it’s nothing worrying because for us it’s very important.”

Lazio will hope to continue to prove their title-challenging credentials when they welcome Napoli to Rome on Saturday.