It turns out that David Moyes has now managed West Ham United in the years 2017, 2018, 2019 and 2020. The Hammers find themselves in quite the predicament — one that is perhaps surprising, but at the same time expected of a club whose troubles have never really let go.

Grand and lofty dreams and ambitions aside, the club have flattered to deceive on many occasions throughout the past decade — something one should not expect from a side whose net-spend since their promotion in 2012/13 exceeded every Premier League team except Manchester City, Chelsea, Manchester United, Liverpool, Everton and Arsenal — most of whom have something tangible to show for all their financial might.

Net spend isn’t always an accurate metric for a club’s success, but in West Ham’s case, it perfectly highlights their business approach over the years — hit and miss. Since their return to the Premier League in 2012, the club has blossomed anew into league regulars, with their time sprinkled with relegation scares and overachieving runs in equal measure.

For all their nitty-gritty hard work outside of football, the owners and the board have not come to the fore in terms of constructing and advancing a sustainable footballing project.

Migrating from the Boleyn Ground to the London Stadium was a groundbreaking feat, but that was all there was to it. Nothing more. And while the London Stadium does look brilliant from the outside, fan culture has taken a newer, more toxic toll on the club.

Fans have understandably not taken well to their home ground, owing to the fact that the pitch and the crowd are seemingly an ocean away. They splashed an estimated total of £752 million on the new stadium. A stadium which was supposed to be the grand showpiece in one of the greatest footballing cities in the world, but has devolved into a spectacular failure.

Speaking of spectacular failures, the club finally let go of Manuel Pellegrini, and with him, his outdated tactics and seemingly languid and passionless demeanour.

But what does that say about West Ham as a club? If the Chilean was a step forward for them in May of 2018, haven’t they regressed to where they were 20 months ago? Doesn’t appointing the same manager they had two years ago, perpetuate that fact further? Performances like that of West Ham’s against Bournemouth will only temporarily act as a smokescreen to the malaise hidden behind the scenes and the discontent bubbling with the fanbase and their infuriating board.

Out with the old and in with the old was the case for the club, as the second coming of Moyes proved fruitful — at least in the matchup against Eddie Howe’s men, who seem to be in more ominous position than the Londoners.

The Hammers were languishing in the lower reaches of the table the last time the Scotsman was appointed, in an eerily similar fashion, proving that their managerial policies are yet again indicative of an approach to stabilise the club, rather than the progress they had intended since their move to the Olympic Stadium.

And within that time-frame, the club are no longer among the very few expected to have an outside chance of breaching into the European spots. Leicester City and Wolverhampton Wanderers have shown the way to effectively break into the top group with a sustainable and calculated approach, one which Everton and West Ham should strive to emulate since others have picked up the pace during their downfall.

The vastly commendable Wolves project does come with a caveat. They possessed a mid-table Premier League side in the Championship; all acquired by the backing of billionaire owners Fosun International who knocked the Championship finances out of the park.

At the same time, Jorge Mendes and his associates who kept a watchful eye over some of the best talent camps in Europe, especially in Portugal, and have played a huge part in Wolves’ sudden rise to prominence.

In a way, they can be compared to the newer, sugar-daddy funded clubs like Chelsea and City who fully utilised their extra resources in their favour to rise through the established order. But unlike the aforementioned clubs, Wolves have employed a meticulously thought-out project, one in which they do not challenge the very top teams right away to reach the Champions League, but through long term deliberate precision and calculations, build a strong, powerful and cohesive unit of players under a strong management structure.

The Irons are quite dissimilar to Wolves and Leicester in that they do not possess a strong managerial structure, have no semblance of a measured long term blueprint for the future, and do not have a good recruitment unit. Instead, they can only familiarise with each other in terms of finances, where one’s understanding of monetary operations visibly supersedes the other.

In Leicester’s case, the hierarchy and ownership have always been adequate and prone to the transfer market’s behaviour. Their recruiting nous, coupled with a strong sense of belief in themselves, has propelled the Foxes to regular top-six contenders. Their transfer activity and scouting network have been one of Europe’s best since their unbelievable triumph in 2015/16, and they have only improved in that area since, even if repeating that miracle is still a long shot. 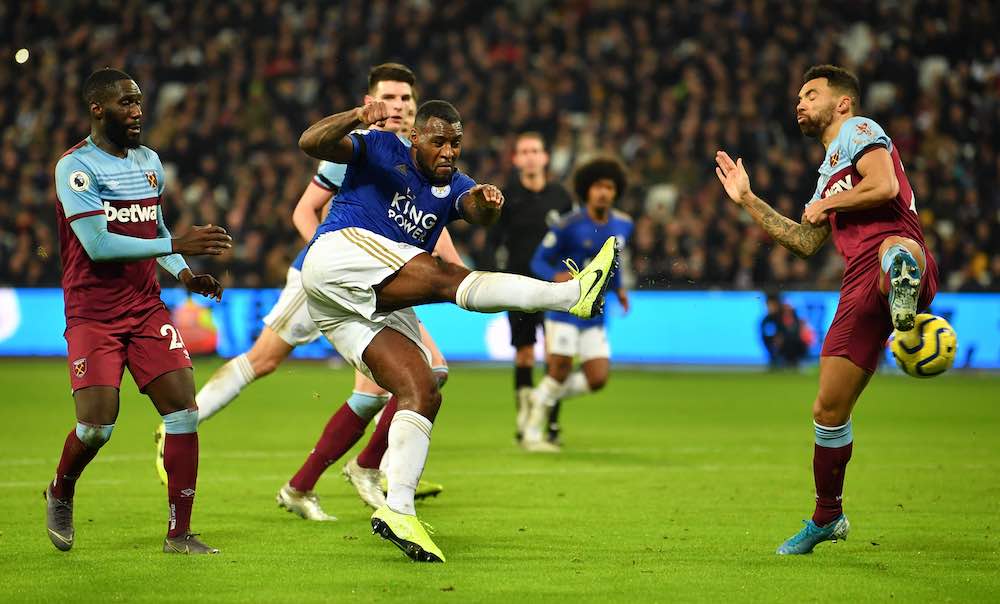 Purchasing Harry Maguire from relegated Hull City and transforming him into one of the best centre-backs in the league epitomised Leicester’s incredible eye for talent, and ability to do good business deals, both buying and selling.

The signature of highly sought-after Caglar Soyuncu from Freiburg added to the intricacies of their squad-building approach; Maguire’s two seasons as a first-team regular alongside another defensive steal in Jonny Evans facilitated Soyuncu to rise to the occasion, with his sporadic involvement in previous seasons a defining factor to the player that he is now.

Maguire did not only become one of the best players in Leicester, but had also developed into an incredible prospective sale. They thought it best to give the England international the license to move on after securing their confidence in Soyuncu.

Maguire’s £80m move to Manchester United meant other clubs could have held the Foxes to ransom, knowing full well that they had the Maguire money to splurge, but for Soyuncu’s rise. The Turk had been carefully blooded through the ranks and had acclimatised to Brendan Rodgers’ style of play, so much so that defensive acquisitions were simply out of the question.

Signings like Soyuncu, Maguire and James Maddison have propelled Leicester into the upper echelons of the league while simultaneously maintaining their status, which contradicts the idea of a Big Six.

The addition of Claude Puel after a season of instability was a collector’s item in an otherwise well-oiled Leicester machine. The Frenchman’s stale and putrid brand of football in an exciting, young team failed to highlight the very best of the team’s abilities.

That was, until the appointment of Brendan Rodgers, who transformed and rejuvenated the squad into arguably the only competent title-challengers to Liverpool in under a year.

Presently, with the reappointment of Moyes on an 18-month contract at West Ham, the supporters are sceptical about the club’s approach. 18 months isn’t long enough for a groundbreaking transition and is too long for the fans who have taken a dislike towards the former Everton and United manager and didn’t want him in the first place.

It is simply, one step forward and two steps back for the Hammers, who have not made good recruiting arrangements when it comes to managers.

A great sign of stability within the side is to preserve and uphold the qualities and principles of the team, something which West Ham have not done since the beginning of the last decade, replacing managers five times in the process, leading to massive reshuffles and an upheaval of ideas on all of those occasions.

In terms of how much money they have invested (€449.65 million on transfers since promotion) the club has underachieved rather embarrassingly over the years.

With the new decade looming large, the club has to deliver on their promises, sooner rather than later. In a time where league finances have exploded and allowed lesser-clubs to prosper in European competitions, West Ham might just be left behind, waiting to rectify and fulfil a promise of domestic growth they had made years ago.