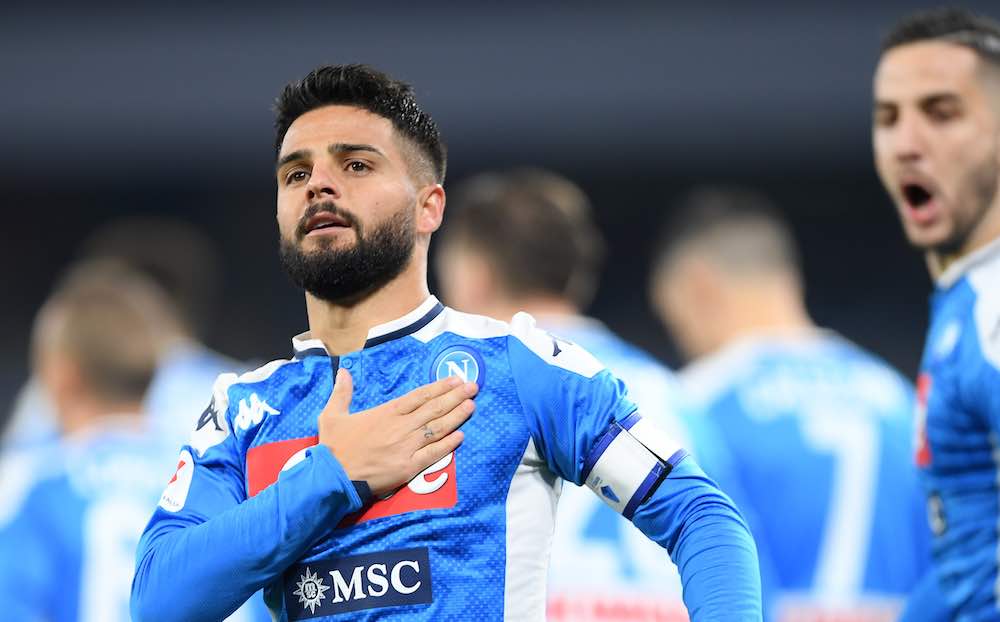 A solitary Lorenzo Insigne goal was enough to book Napoli’s place in the semi-finals of the Coppa Italia. An eventful and controversial match ended with a result which means the Biancocelesti will not be defending their title this season.

For Napoli, they finally have something to look forward to in an otherwise disappointing season, and they will be happy to have advanced.

It took Insigne 99 seconds to score the goal that won the match in which Serie A top scorer Ciro Immobile missed a penalty in the 10th minute.

Each side had a player sent off and played most of the match with ten men.

Things looked to be going Lazio’s way when Elseid Hysaj was sent off for consecutive yellow cards in the space of 20 minutes.

With 70 minutes remaining in the match, referee Davide Massa made a poor decision and booked Lucas Leiva after his clean tackle on Piotr Zielinski. The Brazilian was angry and vocal about the call and was then given a second yellow card for dissent.

Simone Inzaghi spoke after the match about Leiva, stating: “The boy knows he was wrong. First the referee got it wrong, but it can happen, as the players, the coaches.

“Lucas should not have protested, we held the field very well, missed a penalty, hit the post twice and made fourteen shots against four.”

Lazio did everything they could to win this match which was one of the rare games in which Immobile was unable to find the back of the net.

The striker has scored 26 goals in all competitions this season, and aside from missing a penalty, he was also denied by the crossbar with six minutes remaining.

“Napoli are a great team, tonight they had a great race, but today we deserved a different result,” Inzaghi said.

“We have the Coppa Italia on the jersey, but unfortunately we will not progress. We have to congratulate our opponents as well.”

Insigne has struggled to score for Napoli this season but in this match, the forward showed the flash of brilliance that he’s been missing when he beat Luiz Felipe and Thomas Strakosha to find the back of the net.

Lazio will now look ahead to their next match against city rivals Roma. Joaquin Correa made his return to the lineup coming off the bench in this match and will be a vital part of the upcoming derby this Sunday.

“We know the importance of Correa to us, he had only done two training sessions with the team,” Inzaghi added.

“Today he did forty minutes in the best way. We will have days to recover from the toils of this match, but there is regret as, for us, this competition meant so much.”

Lazio midfielder Marco Parolo spoke to Rai Sport after the match, stating: “Ciro Immobile missed the goal and a little bit more luck. We did well in the game and created a lot but without finishing.

“There was a desire to progress and we gave everything. I think it was evident.

“[The upcoming derby is] an important match for us and for the Lazio people, we will give everything we have because we know what it means, trying to move forward in the league by carrying on our ideas.

“Playing this game as we did gives awareness of being a team that always imposes its own game [on the opposition] and we will try to do it in the derby as well. We’ll have to work for Sunday’s game, we care a lot.”

Napoli will face the winner between Inter Milan vs Fiorentina. In the meantime, they will now look ahead to their next Serie A match, against Juventus.