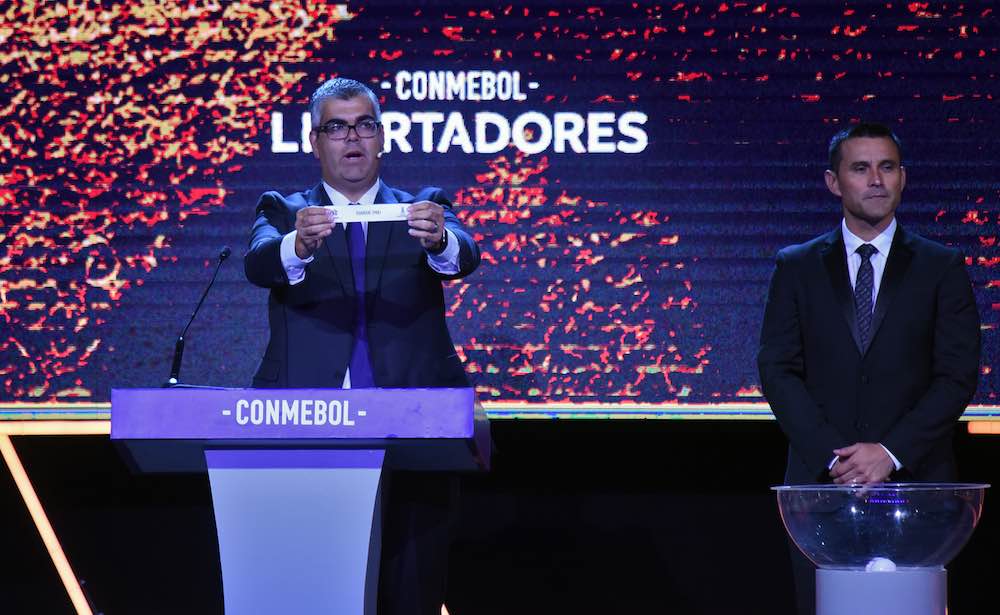 Guarani are about to take on San Jose of Bolivia in the first qualifying round of the Copa Libertadores, but without a ball even being kicked, the Paraguayans have got off to a disastrous start.

It comes after a mixup by a club official when submitting their squad for the ties who mistakenly left out an important player.

Roberto Fernandez was placed in the 30 man squad instead of Uruguayan midfielder Rodrigo Fernandez.

It was a mistake which is out of the hands of coach Gustavo Costas who shared his frustrations with the Paraguayan press.

“At another time or in another club I would have left, but as I always said, I came here for the love I have for this institution,” he said.

“This cannot happen to us, we must be more serious.”

Rodrigo Fernandes is a key part of the Guarani midfield. Last season he featured in 38 league matches for the club, helping them achieve qualification for the Copa Libertadores. He even played in Saturday’s league opener against San Lorenzo making the error look even more bizarre.

“I’m very hurt, they told me it was by mistake,”  Rodrigo Fernandez said.

The player he was mistaken for, Roberto Fernandez, is currently on international duty with the Paraguay Under 23s and will not feature.

Along with Roberto, and now Rodrigo Fernandez, Guarani are also without fellow midfielder Jorge Morel who is playing in the same pre-Olympic tournament, meaning that the club’s numbers are even more limited following this case of mistaken identity.

The first leg will be played in the Bolivian city of Oruro which stands at a staggering 3,735 metres above sea level, and it’s often the case that teams travelling to Bolivia tend to struggle because of this high altitude. This is another obstacle Guarani will have to overcome.

Without their main midfielders, Guarani’s quest to feature in the Libertadores group stage for the first time since 2017 has become twice as difficult.

Ricardo Valinotti, the sporting director at the club, resigned immediately after realising the error made by the team of staff he oversees, which he took full responsibility for.

“I inform you of my resignation from the position of Sports Manager of the Guarani club, which I have been working in for the past two years,” Vualinotti said in a statement on the club website.

“The nature of my resignation corresponds to the events that occurred with the list of good faith presented through the COMET system to the Paraguayan Association of Football for the erroneous registration of the player Rodrigo Fernandez Cedres.

“A mistake by a colleague was made, in which Roberto Fernandez was included instead of Rodrigo Fernandez. He has already submitted his own resignation.

“It is an irremediable mistake, one which I assume responsibility for as head of the football department.

“I sincerely hope that this fact does not harm the club and that it manages to reach the latest possible stage of the Copa Libertadores.

“I thank the leadership of this club for all the opportunities they gave me during this period and I am eternally grateful.

“I wish you the best of success for the upcoming tournament hoping to see you reap many victories in the future.”