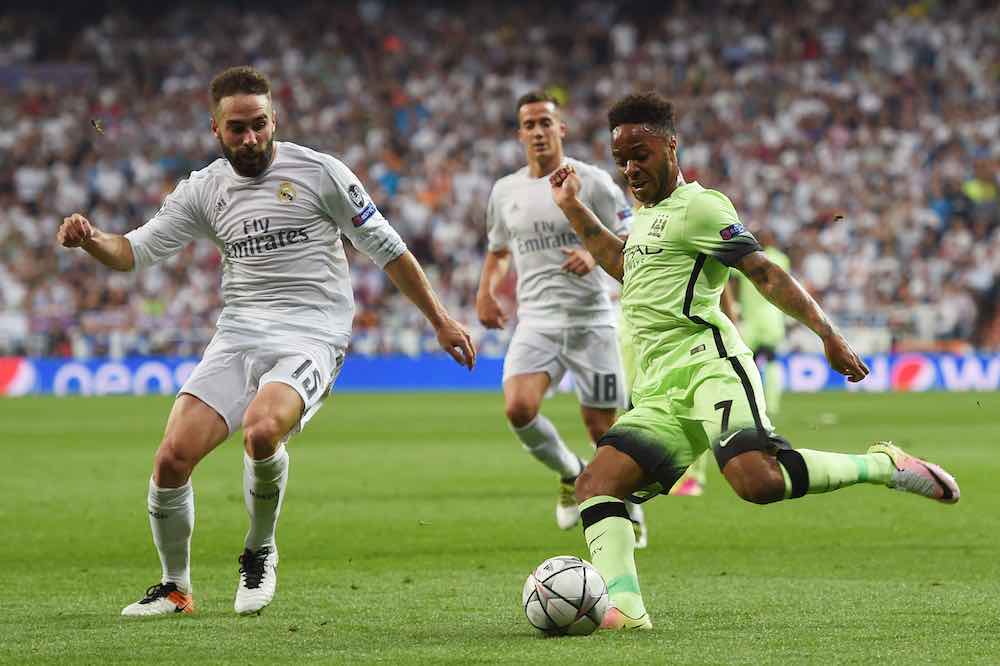 The most intriguing Champions League last 16 clash sees La Liga heavyweights Real Madrid lock horns with Premier League champions Manchester City. It features two of the most legendary managers of all time, a number of world-class players and a fascinating clash of styles. It promises to be an enthralling contest.

Los Blancos won the Champions League three years in a row between 2016 and 2018, cementing their status as the most successful team in the tournament’s history. Yet they are the clear underdogs in this clash and that is a result of the majestic football that Man City have played in recent years.

Pep Guardiola’s men have racked up the highest points tallies the Premier League has ever seen during the past two campaigns. Their football has been absolutely sensational, but their powers appear to have diminished. Man City have lost five of their 21 league games so far and they trail Liverpool by a seemingly unassailable 14 points.

That suggests cracks are appearing in their formidable armour. They decided against replacing captain Vincent Kompany when their captain retired at the end of last season, and that decision has come back to haunt them. Aymeric Laporte went down with a long-term injury, leaving only John Stones and Nicolas Otamendi as fit centre-backs.

Neither has looked particularly solid, and Fernandinho has had to play at the back. Man City lack his presence in midfield, as Rodri does not read the game quite so well, and the result is that City are highly unlikely to win the title for the third season on the bounce.

That could inspire them to really make a concerted effort to win the Champions League. Playmaker Bernardo Silva said the squad is desperate to conquer Europe. The Premier League has always been Guardiola’s stated priority – perhaps to the detriment of the Champions League campaigns, which have faltered over the past three seasons – but now they have been forced to shift their goals.

Meanwhile, Real Madrid are locked in a ferociously tight battle to win La Liga with Barcelona. Both teams are level on points at the halfway stage of the season, and Los Blancos have a genuine shot at their first title since 2017. It will be interesting to see where Zinedine Zidane’s priorities lie.

The Frenchman was the architect of their consecutive Champions League triumphs between 2016 and 2018, while he also won the league in 2017. He walked away in the summer of 2018 after the club sanctioned the sale of Cristiano Ronaldo, but he returned last year after his replacement, Julen Lopetegui, crashed and burned and then Santiago Solari also flopped.

A Collection of Serial Winners

Real Madrid went out and spent around €200 million last summer, breaking the record for the most lavish transfer window any club had ever bankrolled, as they bid to fill the hole left by Ronaldo. The main signing was Eden Hazard from Chelsea, but the dynamic Belgian’s nascent career at the Bernabeu has been stalled by injuries.

The world’s best sportsbooks make Man City the heavy favourites to win this tie in the Champions League betting odds at Sportsbook Review. In fact, they are the favourites to win the entire tournament, ahead even of reigning European champions and runaway Premier League leaders Liverpool. The bookmakers clearly feel that Man City will be dangerous now that their aim is trained on this competition.

They have enough quality to vanquish Real Madrid in this game. They may concede a few, but they have the pace, ingenuity and flair to open up any opposition in the world. Kevin De Bruyne is on fire right now, Raheem Sterling, Sergio Aguero and Gabriel Jesus are devastating forwards and David Silva and Bernardo Silva are superb playmakers.

They are also blessed with a truly visionary coach in Guardiola. However, he has not won this tournament since his time at Barcelona, and he has never faced Zidane before. The Frenchman may have a cunning plan up his sleeve, so it will be fascinating to see how this tie pans out. Man City can take comfort from Real Madrid’s dismal showing against PSG in the group stage, but Los Blancos typically improve in the knockout stage of the tournament, and this tie really should live up to the hype.