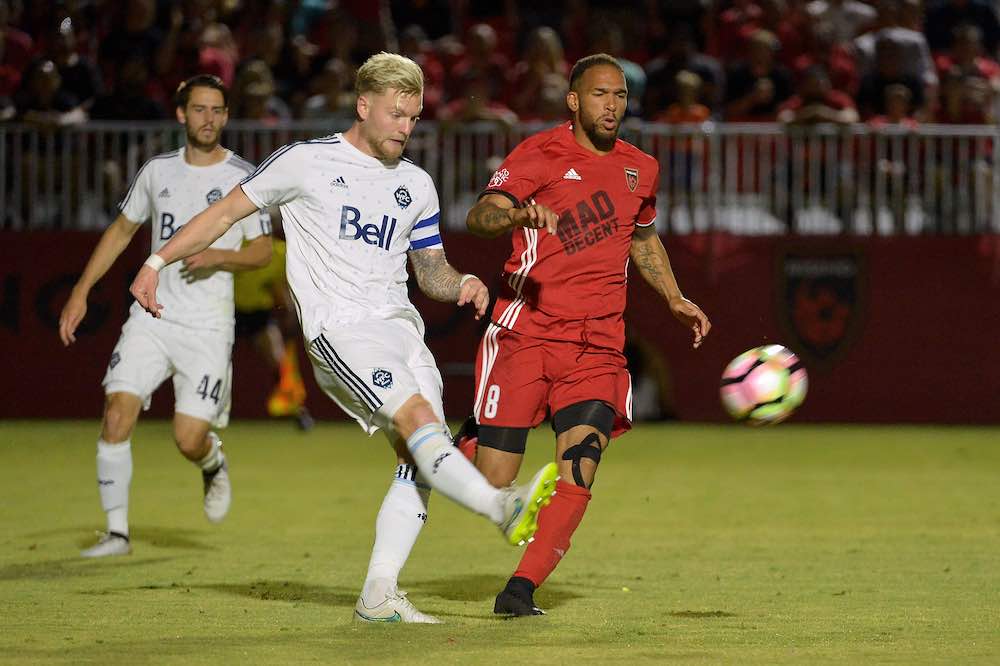 James Rowe spoke to Hartford Athletic defender Sem de Wit for WFi. They discussed playing in Major League Soccer against Didier Drogba and Bradley Wright-Phillips, and coming through the ranks at Almere City.

You signed for Hartford Athletic in 2019. How are you enjoying your time there so far and how would you describe the club given that they are a new club formed in July 2018?

“I am enjoying my time here. I am aware that Hartford Athletic is a new club that is being built from the ground up.

“We are playing in Dillon Stadium which is a historic stadium. We have a fantastic squad of players and we get around 7,000 fans coming to watch our matches every home game which is great.

“The people of the city of Hartford live for football and they enjoying coming to matches. Things are very positive.”

“You came through the youth setup at Almere City and you also went on to make appearances for the first team. How do you look back on your time at the club and do you have any highlights?

“I was very young when I made my debut for Almere City and I only have good things to say about the club. It is a great club where players can grow, and also where experienced players can finish their career.

“In my opinion, it was really important to have come through at the club. I learned so many things that have helped me in my career so far and it has stood me in good stead for my career.

“Dick De Boer called me up into the first team and It was great to sign my first ever professional contract with the club. These are special moments that you experience as a professional footballer.”

You played for FC Cincinnati in Major League Soccer in 2017 and 2018. How do you look back on your time there?

“I look back on my time at FC Cincinnati with fond memories. The club are now slightly more well known in the Netherlands due to them having a Dutch manager in Ron Jans.

“I managed to play many games for the club but sometimes things do not go as planned. It was great to play for FC Cincinnati who have a beautiful stadium, a good training facility, and as a club they have a great setup.”

You have experience playing and the Netherlands and now in the United States. Could you say who are the best players that you have played alongside so far in your career?

“I have also represented the Netherlands at U18 level, and even though as a squad we were very young we had some great players such as Riechedly Bazoer who is a great player and we also got on really well together as teammates. You can see as a player that he is very stable and consistent.

“Agil Etemadi is another player that I played with who is currently the number one goalkeeper of Almere City. We also got on well with one another.

“Daley Sinkgraven is also a tremendous player who has recently made a transfer to Bayer Leverkusen.

“I have been fortunate to play with many good players and I am sure that I have forgotten a few but those three players, in particular, made a good impression on me.”

I can imagine in your position as a defender that you have come up against some very good opponents through the years. Are there any that stand out for you?

“I remember playing against current Ajax striker Quincy Promes when he played for Go Ahead Eagles, and he was a tough opponent.

“I made my Almere City debut against SC Cambuur and their striker Michiel Hemmen was a handful. He was a very tall striker, at 6 ft 4 inches, and I enjoyed playing against him.

“I remember playing in the United States against Didier Drogba when he played for Phoenix Rising, and although he was not as young as he was it was difficult to defend against him.

“A year and a half ago I played a friendly game against Spanish team Valencia with FC Cincinnati, and coming up against the likes of Álvaro Negredo, Daniel Parejo, and Simone Zaza, who are fantastic players, was a great experience.”

Finally Sem, could you say who are the coaches and managers that have played an influential role in your development as a professional footballer?

“That is very easy in the fact that every manager was influential for me in my career so far.

“Every manager has something and has his own speciality, so I would say in that respect every manager that has managed me so far in my career.”