Lazio Keep Pace With Juventus At The Top Of Serie A 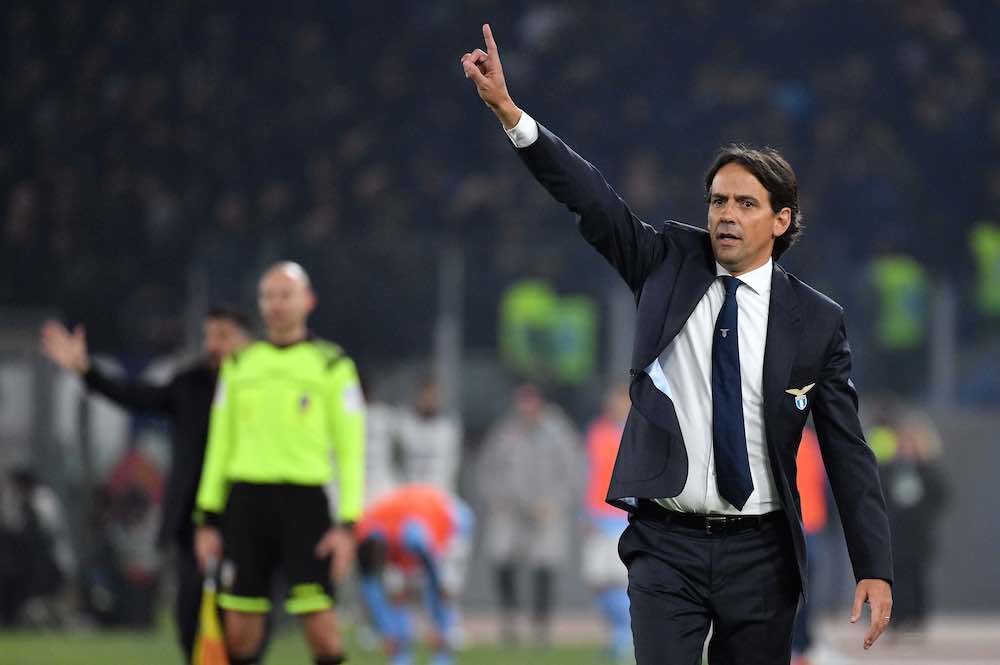 Lazio’s 3-2 victory against Genoa at the Stadio Luigi Ferraris meant the Biancocelesti extended their unbeaten streak to 20 games, and remain in the race for first place with Juventus, who won their match earlier on Saturday against SPAL.

Inter Milan’s match against Sampdoria will be rearranged after four matches were postponed when the Italian government requested all games played in Lombardy and Veneto to be cancelled due to a Coronavirus outbreak.

Atalanta vs Sassuolo, Hellas Verona vs Cagliari, and Torino vs Parma were also postponed.

Lazio aims to keep pace at the top of the table as they look for their first Serie A title in 20 years.

Immobile continues to impress this season, extending his league tally to 27 goals. The striker is now ten goals off Gonzalo Higuain’s Serie A record.

“We knew it’s never easy at Marassi, but I think we put in a good performance against a side in good shape and perhaps we should’ve been sharper in some instances,” Lazio boss Simone Inzaghi told DAZN.

“We were 3-1 up, so after that penalty, the five minutes of stoppages felt very, very long.

“We have to learn from every experience, especially the negative ones, and we had been leading here, hit the woodwork and then lost at the 94th minute last season.

“Genoa are tough and we’ve always had difficult trips here, so we knew what was waiting for us.”

Lazio showed great strength in their match against the Rossoblu. They were forced to play without Francesco Acerbi as the central defender pulled out of their match during the warm-up. Denis Vavro did a good job in the absence of the defender.

“I think of players like Cataldi, Marusic, also Vavro, who is settling in after coming from a very different league,” said Inzaghi.

“Acerbi never skips a training session, let alone a game, but it happened today and Vavro was ready to step in.

“Acerbi had a little muscular problem on Thursday, he was rested on Friday and Saturday, returned feeling positive. At the end of the warm-up, he felt his calf muscle harden again.

“If it was up to him, he would’ve played anyway, but there are 13 rounds to go, so there’s no point risking it. He’ll have tests tomorrow.”

Lazio held a two-goal advantage on two separate occasions, yet Genoa cut the deficit to one goal each time.

Marusic started for the third match in a row since returning from his injury and didn’t disappoint Inzaghi. The wing-back scored in the first two minutes of the game as he worked his way through Andrea Masiello and Adama Soumaoro and scored to give the Biancocelesti the early lead.

“Marusic is a big option we didn’t have for two months, as he got hurt against Milan,” added Inzaghi.. Without Senad Lulic, who bring height to the wings, Marusic is a valuable alternative out wide and he’s earned his place with impressive training sessions.

Lazio extended their lead in the second half when Immobile scored inside the box after Sergej Milinkovic-Savic did a good job of advancing the ball forward. The Italian made no mistake finding the back of the net to give Lazio a 2-0 lead.

Minutes later, the Rossoblu cut the lead to one as Peter Ankersen passed the ball to Cassata who was left all alone outside the box.

Cataldi failed to pick up his man and Cassata took advantage and scored a shot out of reach for Thomas Strakosha.

With nearly a quarter of the match left to play, Cataldi restored the two-goal lead and made up for his earlier mistake when Lazio were awarded a free kick just outside of Genoa’s box. The midfielder made no mistake as his shot went over the wall and into the net while goalkeeper Mattia Perin had little time to react.

Before added time, Genoa were awarded a penalty after further review from VAR determined that the ball went off the hand of Manuel Lazzari.

Criscito converted the penalty but it was as close as Genoa would get as Lazio won 3-2.