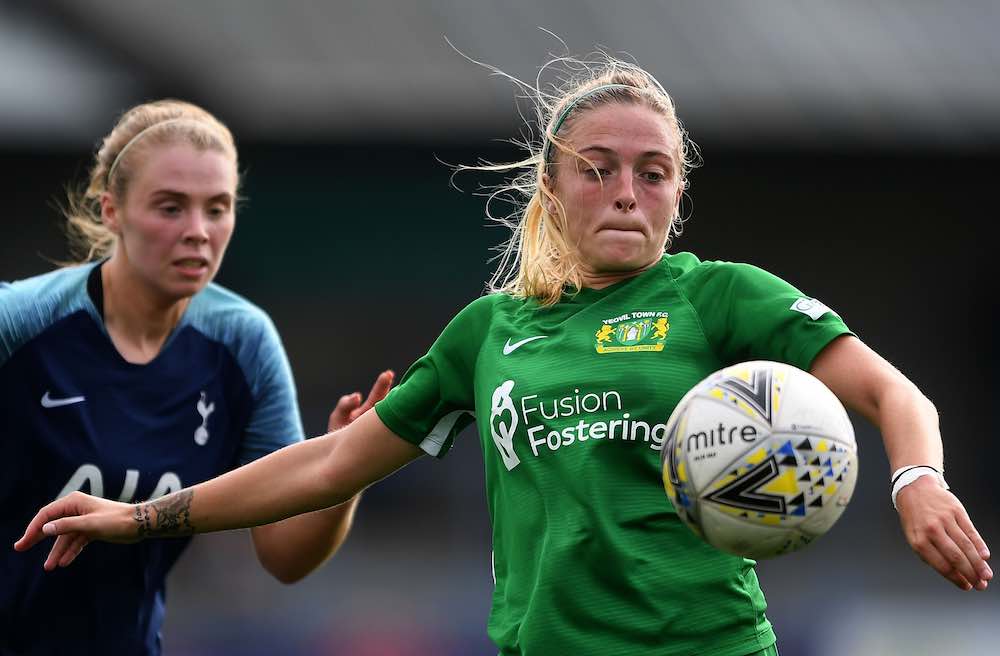 James Rowe spoke to London Bees defender Megan Alexander for WFi. They discussed her time at Liverpool, the best players she has encountered in the game, and feeling at home with London Bees.

You signed for London Bees in August 2019. How are you enjoying your time there so far and how would you describe the club?

“I love playing for London Bees. I have only been here a short amount of time and I think it is a club that has a lot of ambition.

“We have a lot of support from the men’s side which is something a lot of women’s teams do not have. The facilities that we have are fantastic and the pitch is unbelievable considering how many matches are played on it with the support systems of the boys and women’s matches too.

“We have a great setup and the board are trying to push us on this year which is why I signed for the club in terms of the ambition that the club have.”

🖊️ | London Bees are thrilled to announce the signing of Megan Alexander!

More on our new defender 👇https://t.co/PRCrk3YwEz

You came through the youth setup at Liverpool FC. How do you look back on that time and did you learn anything in particular that stood you in good stead for your career as a professional footballer?

“Yes, when I look back at my time at Liverpool, it is the club where I developed the most. I had moved away from home to go to Liverpool and that was a really big thing for me as I am a proper family girl.

“The club were so welcoming and I started off with the development side, back then they called it reserves but now it is called development, and I worked my way up and played under Scott Rodgers and Matt Beard, they were really supportive.

“I trained alongside some of the best players in the world, the likes of Kate Longhurst, Lucy Bronze and Gemma Davison, and I learned so much just being there and training with those kinds of players. It was unbelievable.

“Obviously when you are a kid you want to be a professional footballer but training with those players really shows you what it takes to be one in terms of the demands.

“I remember going to the gym for my first proper session and I was doing small weights and I thought that was quite good for a good base. Then I looked across and Lucy Bronze is lifting triple what I was and I thought to myself, ok that is what I need to improve on, and it gave my an insight to stuff outside of the pitch that you can always improve.”

You spent a season at Bristol City. How do you look back on your time there and do you have any particular highlights or memories?

“When I went to Bristol City I was going there on the back of a real low in my football career, confidence wise.

“I went there and I was probably not a key player, being signed as a squad player, but everyone is fortunate in their career sometimes. Someone got injured and I was put in the team, which was unfortunate for the player but fortunate for me in terms of getting the opportunity to show what I was about.

“I managed to have a good run of games and I ended up playing 90 percent of matches that season and we achieved promotion.

“At that point I went from what I call a youth player to a bit more experienced in terms of realizing the need to win games and seeing games out, and I learned a lot of Bristol City because that is what we had to do; get results in order to achieve promotion.

“We fought alongside some very good teams and we had a lot of very good young players. We also played some fantastic football, and the style that we played suited me very well.”

Given your experience so far at club level, and representing England at youth international level, could you say who are among the best players that you have played alongside so far in your career?

“When I was very young I played at Reading FC and Fran Kirby was the age group above me and I still class Fran as one of my mates in football. She is always there if you need her.

“She is a quality player both inside and out really, and such a nice person and nobody has a bad word to say about her.

“When I was at Liverpool I played with Lucy Bronze who is the best full-back that I have ever seen. She could probably play in the men’s game she is that good.

“Grace Moloney, who is the goalkeeper at Reading FC, is a completely different personality but she is someone that I really enjoyed playing alongside.

“Kate Longhurst is also a very good player. All these players have different backgrounds and playing styles that you learn about too.”

I can imagine in your position as a defender that you have come up against some very difficult opponents through the years. Are there any that stand out for you?

There are a lot of players at Chelsea FC that I think are really hard to play against because of the way in which Emma Haynes plays, which is very direct where her players will get the ball and drive at you.

“Karen Carney was one that I really struggled to play against. She could go either way. Arsenal have Daniëlle van de Donk who could also go inside or outside.

“Gemma Davison is the hardest opponent I have come up against. When she gets running with the ball it feels like it is impossible to get it off her. She is so direct and when she is in form I think she is unbeatable. She is currently playing for Tottenham Hotspur and a real tough opponent to play against.”

Finally Megan could you say who are the managers who have played a key role in your development as a professional footballer?

“I think when you look at my career I have played under Lee Burch for the last three years now, and I have also moved clubs with him. I think that every player has a manager that gets the best out of them and that they play well under and I think that Lee Burch does that for me.

“When I was at Liverpool I really enjoyed playing under Scott Rodgers, and his training sessions were really good. I developed a lot there.

“It’s just that playing under Lee Burch the last three years has given me so much confidence to push on and belief too. I think as long as you have that you can pretty much do anything.”