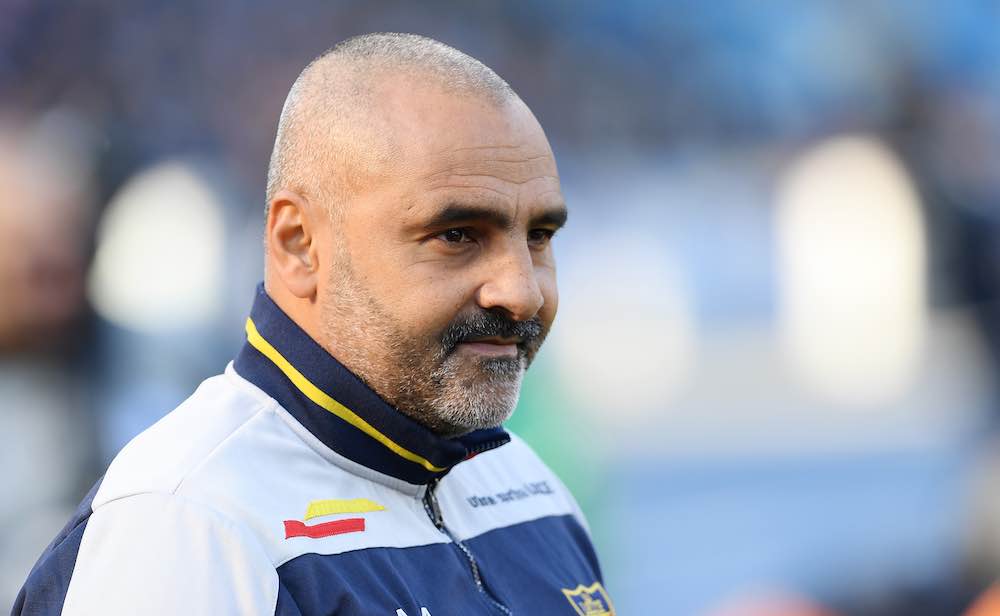 Without a single home win all season prior to hosting Torino last weekend, Lecce had been struggling to put together a run of form that could see them avoid relegation from Serie A.

Hovering just above the relegation spots, Fabio Liverani’s side have constantly been looking over their shoulders, looking to avoid instant relegation back to Serie B.

However, the January transfer window could have seen the Apulia-based side avoid the drop, with two major deals being made that should see them create more and more chances going forward.

While Lecce’s struggles haven’t been scoring goals — they rank in the top half of the league for goals scored and have scored more than Milan this season — they struggle when it comes to keeping clean sheets.

They’ve conceded the most goals in Serie A this season, shipping 44 in 23 games. While this is an issue that needs to be addressed, Lecce are evidently planning to outscore teams rather than batten down the hatches, at least judging by their dealings in January.

The two-marquee transfers that could see them avoid the drop are prising Riccardo Saponara from his parent club Fiorentina (despite playing at Genoa on loan for the first part of the season) and bringing in Udinese midfielder Antonin Barak.

Both of these players offer similar attributes and will allow the creation of more chances for strikers Gianluca Lapadula and Khouma Babacar.

Their top scorer this season is midfielder Marco Manconsu on seven goals, largely from spot-kicks, who sits joint top with the aforementioned Lapadula. The majority of Lecce’s goals have come from midfield, and Liverani has identified this when looking to bolster his squad.

Instead of bringing in a striker to balance the load, he’s added to the creativity and goal threat in behind the strikers.

Overloading their midfield with attacking prowess to supplement the existing midfield of Manconsu and Fillipo Falco who plays in a more advanced role should, in turn, create more chances for the strikers.

Manconsu and Falco are existing goal threats, combining for ten this season, and hopefully adding more creative forces to the midfield should help Lecce avoid the drop.

Riccardo Saponara has an eagle eye for a pass, showing incredible vision in the final third as well as being able to drop deep and create chances between the lines. He didn’t get too many chances at Genoa, so his parent club Fiorentina snapped up Lecce’s offer to get him more playing time.

In his most recent outing, a 2-3 win over Napoli, Saponara made three key passes, had two shots on target and had the most touches of any Lecce player in the game.

He was instrumental in their win, as he was the game before — a 4-0 thumping of Torino. A game in which he had two assists and had six key passes. This was his debut, and since both him and Barak have joined Lecce they’ve looked convincing and have won both fixtures.

While this is clearly a small sample size, and not enough to judge Lecce’s long-term success, it shows signs of promise — something that few of the relegation battling sides in the division posses at this moment.

Barak doesn’t have the same need for the ball and dictation of the game that a player like Saponara has. He’s less demanding of the ball, and regularly likes to play it simple to keep an attacking move flowing.

However, the Czech midfielder has already proved something of a goal threat at his new club, scoring early on and, with his towering stature, looked a threat from set pieces as well as in open play.

In Lecce’s system, Barak can play in behind the two main creative forces, Saponara and Falco, playing the ball from deep and being a near-constant supply line to the forward players. As Liverani plays quite a narrow system with no identified wingers, Barak has free range to roam into a wider spot and receive the ball to feet and feed the attackers from a variety of angles, making him a far more dynamic midfielder.

These two signings have brought a breath of fresh air into the club and have properly kick-started Lecce’s survival campaign. Now sitting three points off relegation, but just a point behind 16th placed Sampdoria, Lecce have propelled themselves into a position which gives them a chance of staying up.

Defensively they still look shaky, and trying to outscore teams won’t always pay off. They gave up 25 shots to a wasteful Napoli on Sunday and clubs in the Serie A won’t always have off-days to this extent.

They can’t rely on every team they come up against to be this wasteful, so this will be an issue going further into the campaign.

But they’ve began to distance themselves from the rest of the relegation battlers with talent and creativity going forward. Liverani deserves much of the plaudits for both bringing in these two players, but also for setting his side up in a way that’s fun to watch and, so far, is getting results.

With a huge relegation dogfight at home to SPAL on the horizon, it is make or break time for Lecce, but their January signings have given them a fighting chance.