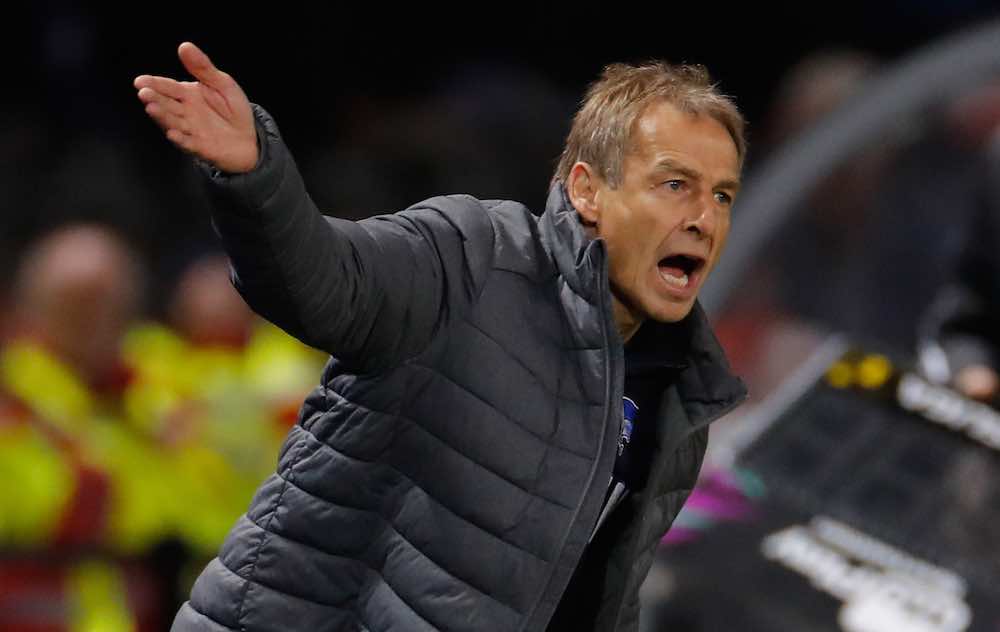 Last week, after just 76 days in charge, Jürgen Klinsmann dramatically announced his departure from Hertha Berlin. The former Bayern Munich and German national team head coach cited a lack of support from the club’s leadership as the reason behind his resignation.

In an interview with Bild, he complained about differences of opinion over responsibilities and Kicker reported that Klinsmann wanted to install himself as technical director at the end of the season. This would have effectively invalidated the role of sporting director, Michael Preetz, but that Hertha weren’t willing to accept it speaks volumes.

Klinsmann could certainly never complain about the financial support he received. Hertha spent big in January, splashing around €80m on Santiago Ascacibar, Krzysztof Piatek, Matheus Cunha and Lucas Tousart. It had little effect on what was happening on the pitch, though.

After his appointment at the end of November, Klinsmann spoke of Hertha as the most exciting sporting project in Europe and gave expectations of exciting football. That never really materialised. Hertha were as dull and functional as they had been over the past few seasons, but also less effective.

Points and goals were as difficult to come by and Hertha themselves were difficult to watch. Klinsmann left the club in 14th place, just six points clear of the relegation zone.

As Klinsmann dives for cover, Hertha and Nouri are left to find feet. By @andybrassell https://t.co/LIxL7eFSOo

His temporary replacement is Alexander Nouri, who served as Klinsmann’s assistant. His first game in charge was an important one, away to bottom club Paderborn. An opportunity to create further distance and some breathing space from those relegation spots. It was also a chance for everyone associated with Hertha to move on from a less than auspicious week.

Taking the lead early on through Dedryck Boyata was exactly what they needed. A Dennis Srbeny equaliser early in the second half less so, but after an own-goal from Jamilu Collins restored Hertha’s lead, they were able to see it out and put the brief Klinsmann era firmly behind them.

That win moved them above Köln in the table as the Billy Goats, sporting a special Karneval kit, hosted Bayern. 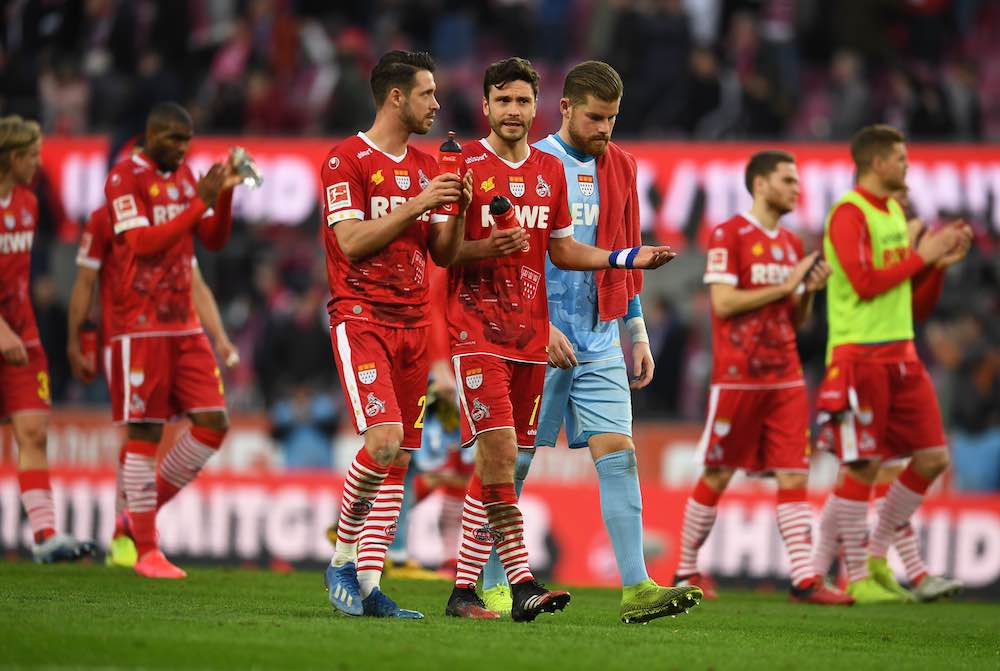 COLOGNE, GERMANY – FEBRUARY 16: The FC Koln side clap the fans at the final whistle during the Bundesliga match between 1. FC Koeln and FC Bayern Muenchen at RheinEnergieStadion on February 16, 2020 in Cologne, Germany. (Photo by J√∂rg Sch√ºler/Bongarts/Getty Images)

Sadly for Köln, it was more carnival defending than Karneval celebrations as Bayern raced into an early three-goal lead courtesy of Robert Lewandowski, Kingsley Coman and Serge Gnabry. This all happened within the opening twelve minutes and it seemed the champions might run up a cricket score in a dominant first half.

Köln hung on till the break and came out all guns blazing in the second. Within minutes, Jhon Cordoba found the net, but it was ruled out by VAR for offside. The home side continued to create chances as the visitors rocked, but a Gnabry goal on 66 minutes quashed hopes of a comeback.

To their credit, Köln refused to lie down and kept pushing for a way back in and Mark Uth scored a consolation. With 20 minutes still to play, the hosts continued their efforts but it ended 4-1.

A game of two halves and one of more Thomas Müller assists. The Bayern attacker now has an impressive 14 to his name, the most in the Bundesliga.

Elsewhere, Fortuna Düsseldorf went down to a 4-1 defeat at home to Borussia Mönchengladbach and Werder Bremen suffered more misery, losing 3-0 away in Leipzig. It means the bottom stays as it was and Mainz getting a goalless draw with Schalke takes them another point clear of the drop.

Things don’t promise to get any brighter for those in the drop zone this weekend as Paderborn face the unenviable task of going to the Allianz to face Bayern, whilst Bremen take on Dortmund, who will no doubt want to gain revenge for their recent DFB Pokal exit at the hands of Werder.

Düsseldorf will have to battle hard to get anything from a trip to Freiburg and the same can be said of Mainz travelling to Wolfsburg.

In the capital, it will be a fascinating battle between Hertha and Köln, with a chance for the hosts to start looking up the table, rather than over their shoulders. For Köln, an opportunity to drag themselves further clear of the drop.

The race for the Bundesliga title continues to be a tight affair, with just six points separating the top five clubs.

At the bottom, it’s even tighter, with just a single point between the bottom three in the struggle to avoid automatic relegation.

Mainz are five points clear, with Köln, Hertha Berlin, Union Berlin and Augsburg just above them and all desperate not to be dragged into the dogfight for survival.