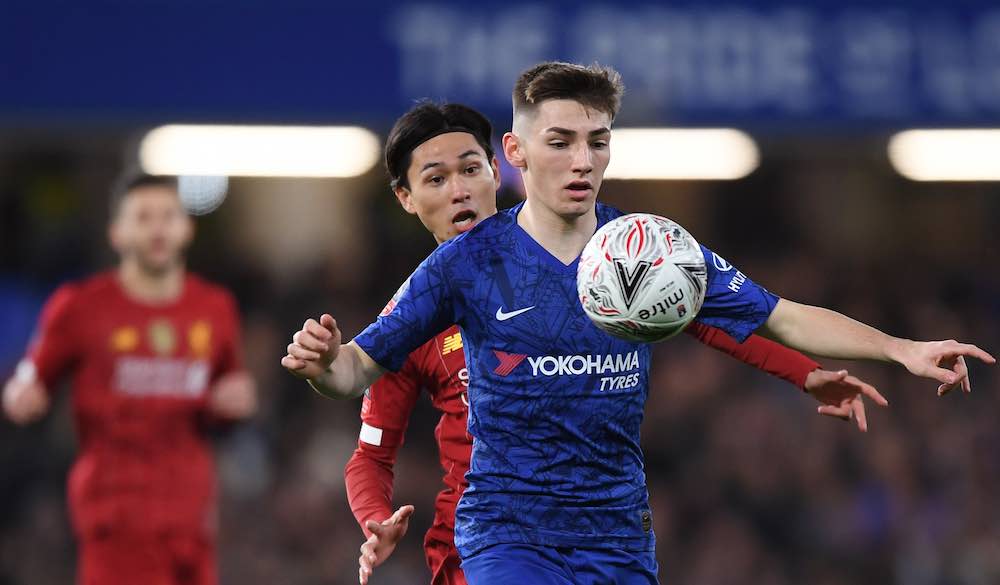 He was named the Man of the Match after helping his side dominate the midfield battle and help them to a crucial cup win which secured a quarterfinal spot.

Gilmour continues to impress whenever he gets a chance and Frank Lampard was full of praise for the young midfielder his post-match press conference.

“What an incredible performance from a young player against the best team,” Lampard told the BBC. “He’s a throwback to the midfielders when I grew up. People might look at him and see that he’s quite slight, but he’s huge in personality. I’m absolutely delighted for him, and he deserves everything.”

Despite his lack of first-team experience, the maturity that Gilmour showed yesterday was way beyond his years.

Blues teammate Kurt Zouma was also full of praise for the young midfielder.

“Unbelievable performance, very mature in his game, and calm and clever as well with the ball and without the ball,” Zouma said.

“He was fantastic like he is in training. He is training very well. He is very confident and he can keep the ball, he is running around and pressing the guys.

“He has a bright future ahead of him, he just needs to keep working hard.”

Chelsea seem to be suffering from an injury crisis already with N’Golo Kanté ruled out and Mateo Kovacic picking up an injury in the Liverpool game.

This could mean more minutes for Gilmour in the coming weeks especially with Jorginho being suspended for the next two league games.

If he keeps up with performances like this, it’s only a matter of time before Gilmour starts to feature more regularly for the first team. A Scotland National team call-up may not be out of the question either.

In fact, the Scottish National Team boss Steve Clarke was in attendance for the game at Stamford Bridge and must have been impressed with Gilmour’s performance.

If all goes well, Chelsea might have a serious gem on their hands. A player that could be a vital part of their midfield for years to come.