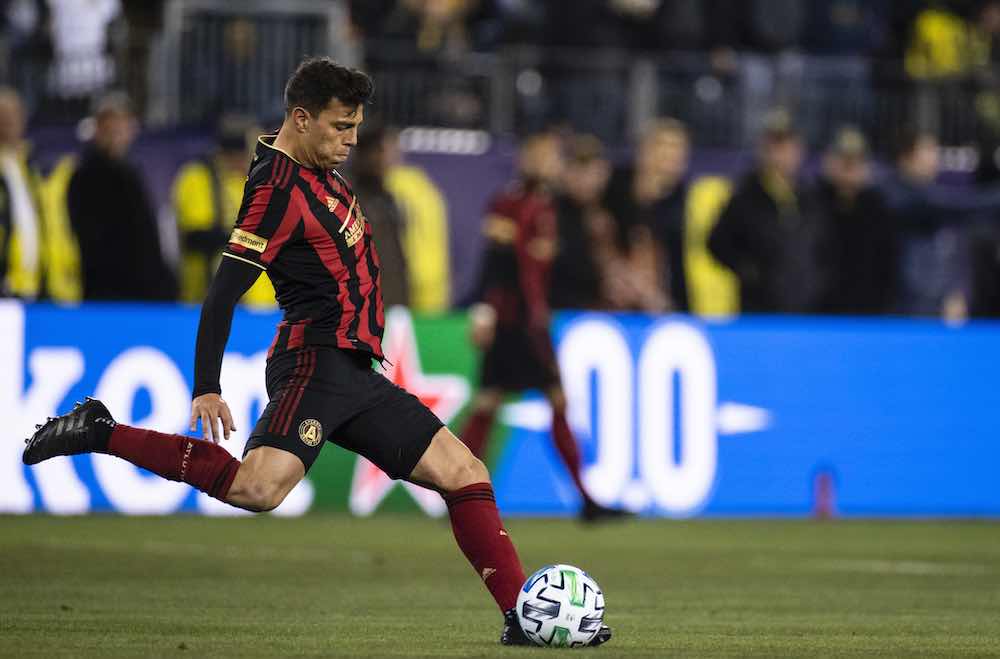 Frank de Boer was forced to make a number of changes to his side after suffering yet more injuries against FC Cincinnati at the weekend.

However, despite trying to frustrate their hosts, the Five Stripes were blown away by Club America in the first half, with a fine Leonardo Suarez effort and further strikes from Henry Martin and Bruno Valdez doing the damage for the Mexican giants.

Atlanta improved after the half-time break and were unlucky not to grab a vital away goal when two Pity Martinez efforts struck the crossbar late on, but they now have it all to do in Kennesaw next week.

Against FC Cincinnati at the weekend, De Boer fielded Adam Jahn up front in place of the injured Josef Martinez. The 29-year-old didn’t directly influence the game much with his own play but provided smart movement and proved to be an effective foil for Pity Martinez and Ezequiel Barco.

On Wednesday, the Five Stripes’ boss dropped Jahn to the bench, opting instead to add an extra body in midfield in the form of Mo Adams — Jeff Larentowicz replaced the injured Franco Escobar at the back.

#ATLUTD has set up as I predicted. Frankly, it's the XI that made the most sense.

Leonardo Suarez's golazo notwithstanding and a second goal just a minute later. Club América have gone right at Remedi and Adams. https://t.co/9y9B6kn7fh

De Boer’s reasoning seemed sound enough; get numbers behind the ball to frustrate Club America, then use Pity and Barco’s combination to hit them on the break, setting up a big second leg in Kennesaw next week.

The reality was quite different. Atlanta were absolutely crushed under the weight of Club America’s intensity, with the Mexican side throwing numbers forward at will to drown their MLS counterparts and pressing them so hard that the Five Stripes just couldn’t find a rhythm when playing out from the back.

Atlanta’s back 5 struggling to deal with America’s pressure. Herrera’s teams always stretch the pitch so well in possession with wingers hugging the touchline. Gio causing problems by dropping off the CBs. pic.twitter.com/2kraYI2piO

Furthermore, with one man less further up the pitch, Pity and Barco were unable to press effectively, meaning Club America were able to progress the ball all the way to the edge of the Atlanta box with consummate ease.

The end result? Atlanta were dragged from side to side like a rag doll and picked off without a fight — the 3-0 half-time scoreline was arguably a show of mercy from Club America.

When LA Galaxy moved to sign Cristian Pavon in August 2019, the five-time MLS Cup champions needed to vacate one Designated Player spot. The man to take the fall was, of course, former Barcelona and Tottenham man Giovani dos Santos, with brother Jonathan and Zlatan Ibrahimovic remaining.

On Wednesday, the Mexican gave a timely reminder of just what he’s truly capable of. Okay, so Gio didn’t get himself on the scoresheet but, my word, did he cause problems for that makeshift Atlanta defence.

Dos Santos proved a nightmare to mark, dropping off the Atlanta defence to pick up the ball in little pockets of space. This often tempted the immobile Larentowicz to come out and try to intercept passes into him, with Gio using his mobility to beat the 36-year-old to the ball before spinning to run at a backpedalling defence — perhaps something Miguel Herrera worked on in the build-up to the match, anticipating De Boer’s need to cover for injuries.

On another day, Dos Santos could have grabbed himself two or three goals but he’ll still be happy with his night’s work. His clever movement and dynamic dribbling did more than enough to keep Club America on the front foot and leave Atlanta’s defence at sixes and sevens.

De Boer just can’t catch a break, can he?

Having already lost a host of stars to other clubs over the winter, Atlanta have endured some wretched luck with injuries, seeing the likes of Josef Martinez, Miles Robinson and Escobar all succumb to various problems.

De Boer was dealt another blow on Wednesday, losing Brazilian midfielder Matheus Rossetto in the second half, just 12 minutes after entering the action at half-time, with what looks like an ankle injury.

Atlanta will be hoping for the best with a player who only made his club debut last weekend against FC Cincinnati — as if challenging for honours wasn’t hard enough already without Josef Martinez.

4. Barco the one ray of light for Atlanta United

There are no two ways about it, Atlanta were like lambs to the slaughter in this one, right from the opening whistle. However, if one player in red and black can leave the pitch with his head held high, it’s Barco.

The diminutive Argentine has started the new MLS season like a house on fire, scoring against both Nashville and Cincy so far, and he carried that confidence right into this clash at the Estadio Azteca. 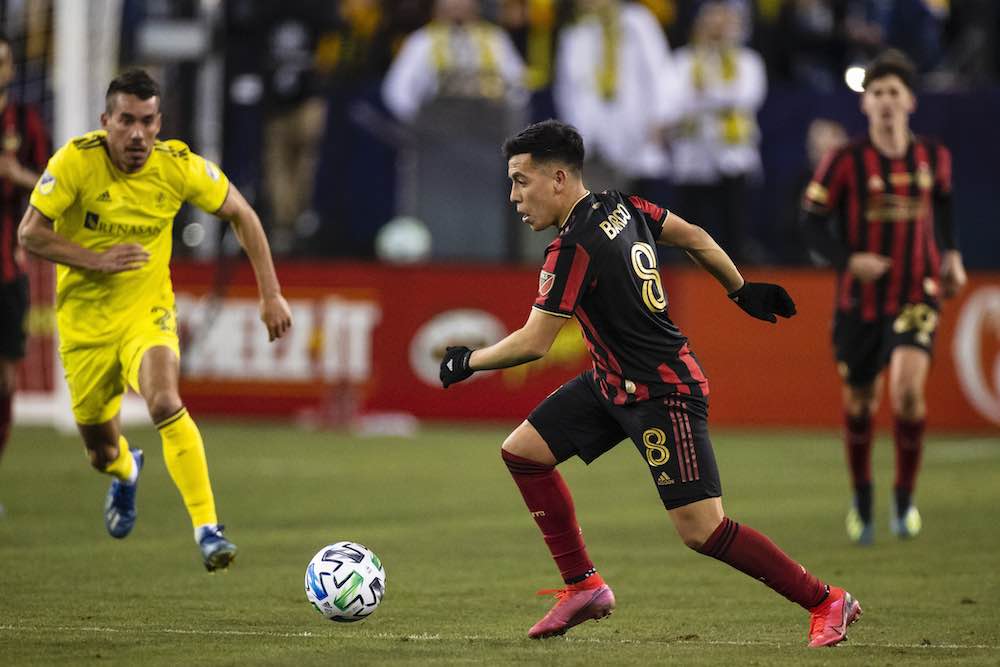 Barco’s lungs knew no limits in Mexico, with the 20-year-old often seen sprinting back to help Atlanta deal with Club America counter-attacks or busting a gut to try and lead the press for his side — although, as mentioned, a lack of numbers further up the pitch often resulted in him chasing shadows.

On the ball, Barco was the one true outlet for Atlanta, often dropping off to pick up possession deep a la Dos Santos, before driving forward toward the Club America backline at pace. The Argentina youth international forced a few smart saves from Oscar Jimenez and slipped in his teammates on a number of occasions.

Barco has been the one bright spark for #ATLUTD tonight.

Never stopped working and didn't shy away from the ball when others went hiding. Looks like a big 2020 is on the cards for him… #UniteAndConquer #SomosAtlanta #CCLFever

A repeat of this performance in Kennesaw might just offer Atlanta United hope of an unlikely turnaround.