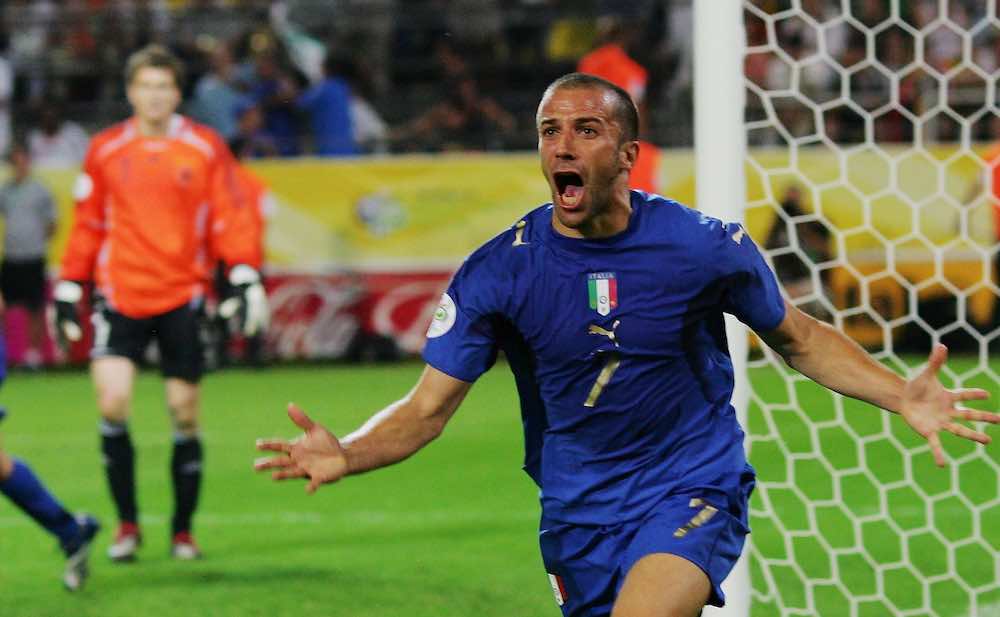 There is a lot that can be said about Italy and Juventus great Alessandro Del Piero, but it is almost impossible to realize just how influential the attacker was to his country as well as his beloved club, Juventus.

Many of football’s greats like Pavel Nedved, Raul and even Diego Maradona have commented on just how dominant Del Piero was during his playing days.

Maradona was once quoted saying: “He is different to Zinedine Zidane. He likes to play, he feels it in his soul. Between him and the Frenchman, I choose him.”

All football fans will know just how much Del Piero meant to Juve. Former Italy coach Marcelo Lippi once said: “I would sum it up in just four words: Del Piero is Juventus.”

However, what many may not know is just how important the Italian was to Italy. With bundles of skill and natural talent, even at a young age, it was only a matter of time Del Piero was called up to represent the Azzurri at senior level.

In March 1995, aged 20 years, Del Piero made his senior debut for Italy under Arrigo Sacchi, and there was no turning back as he went on to regularly represented Italy for the next 13 years.

Del Piero still currently holds or is tied for many records with the Azzurri. He is tied with Italy great Gianluigi Buffon for most European Championships played in, with four, along with being tied with Enrico Chiesa for most goals as a substitute with five.

Furthermore, he holds the record for the most appearances as a substitute with 30. These records surely show just how important Del Piero was to Italy during his International career, though his most important achievement is the fact that he is among the list of Italy’s top goal scorers.

Del Piero has a total of 91 appearances with Italy, appearing as a substitute in many matches, but that did not stop the elusive attacker from being able to score plenty of goals on the big stage.

He scored 27 goals for the Azzurri in those 91 appearances, and that currently has him tied with Roberto Baggio as the fourth-highest goalscorer for Italy. Italian greats Luigi Riva, Giuseppe Meazza and Silvio Piola are the only players ahead of him.

To this day Del Piero holds the record as the top goalscorer for Juventus, netting 290 goals in all competitions. During his time with the Bianconeri and the Azzurri he has scored a plethora of important goals, though his biggest statement goal was arguably his extra-time goal in Germany, against Germany in the 2006 World Cup semi-finals.

Italy had just scored to put themselves up by one goal in extra time, but Germany continued to press to try to tie the match in the final minutes.

Just minutes later, Del Piero was sent on by Alberto Gilardino and the Italy number seven made an impact, findng the top corner of the German goal. That strike solidified Italy’s victory, bringing tears of joy to Italy fans worldwide, and happiness to an entire nation. Not to mention that the victory led them to the World Cup final against France, where Del Piero scored one of the crucial penalties to help lead the Azzurri to World Cup glory.

Throughout his career it did not matter if he was a starter or a substitute, Del Piero got the job done on every stage he played on.

Known more as a second striker or attacking midfielder, Del Piero was considered among his peers as a wonderful passer, finisher, and dribbler. Former England international Gary Neville once said Del Piero was the greatest player he’s ever played against and Welsh great Ryan Giggs said Del Piero is the best Italian footballer he’s seen.

Former Italy great and captain Fabio Cannavaro stated: “he is the best person I’ve met in this sport.”

Praise for Del Piero has been given by many individuals that he has shared the football pitch with. Hopefully now he will be able to receive the recognition, praise he very much deserves by footballing fans worldwide as a wonderful player for both club and country. As well as, a wonderful person on and off the pitch.