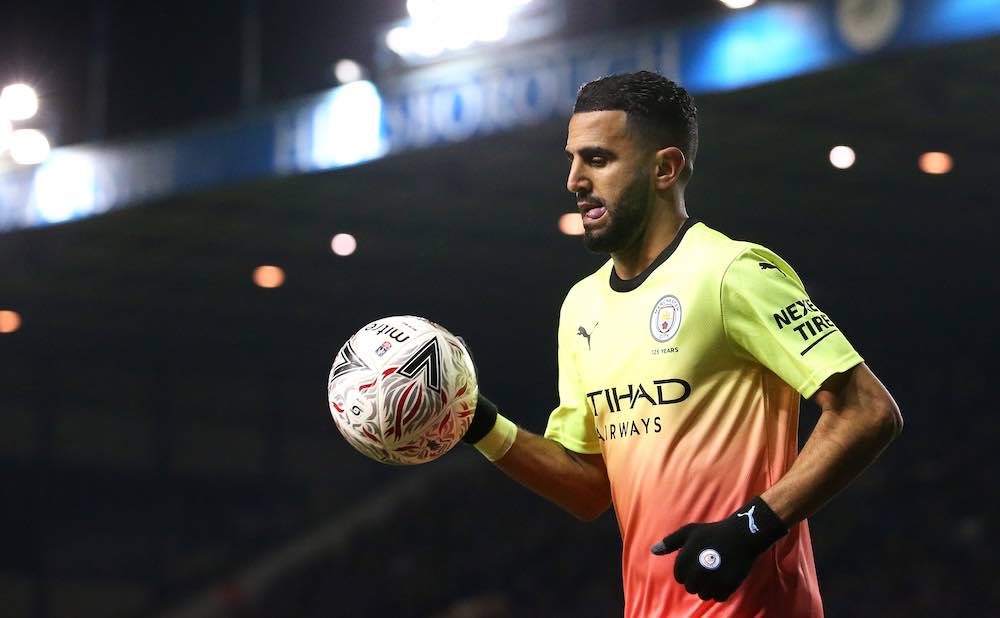 Ask anyone who Manchester City’s best player is at this moment in time and one name will immediately spring to mind, and an answer will come quickly, ‘Kevin De Bruyne’.

The Belgian has returned to form this season after being sidelined with a knee injury during much of the last campaign when City completed a remarkable domestic treble. Prior to that, the all-action midfielder had put himself among the best players in the world with performances which mixed energy with class.

The 2019/20 season has seen him return to those heights, but just behind him in the Manchester City ranks, with a nod to Sergio Agüero, has been Riyad Mahrez who, were he playing for any other team, would be widely considered one of the best players around.

Playing for City has its pros and cons for a player like Mahrez. In some ways it allows him to flourish in a team which plays flowing attacking football once near the opposition box, with Guardiola giving his attackers plenty of creative freedom once they are in these advanced areas.

But in other ways, Mahrez is restricted and overshadowed, and regular playing time in his position on the right wing isn’t always easy to come by. He has been in 28 matchday squads for City in the Premier League this season but has only started 15 games.

From those 15 starts, he has nine assists (including penalty wins) and six goals, while he has only contributed a goal and an assist from his eight appearances off the bench. For any other team Mahrez would be starting every game he is available for, but given City’s wealth and the depth of talent which this brings, he has had to settle for a little less.

But this has not stopped him maintaining his position as one of the best players in the Premier League, and indeed the world. He has started all but one of the games in City’s successful Champions League run this season so far and has four assists and one goal in the competition.

Guardiola has made sure he is able to have Mahrez fit and firing for these important games in Europe, and the Algerian stood out in the most important of them all so far, City’s 2-1 win in Madrid against Real, despite not contributing directly to a goal.

He finished that game with two key passes, two completed dribbles, having drawn four fouls, and with three of his four shots hitting the target. He provided the attacking impetus which helped Guardiola’s side turn the game around after going 1-0 down.

Mahrez came into this season on the back of an African Cup of Nations win with Algeria and this, combined with his performances for City, saw him shortlisted for the Ballon d’Or at the end of 2019.

He came tenth in the final voting for the award and was City’s second-highest player in the list just behind Bernardo Silva.

“He started incredibly well after the African Cup of Nations,” Guardiola said of Mahrez in December.

“Sometimes he didn’t play as I decided to go with Bernardo, but all the time he played he played at a different level, honestly.

“He’s always a guy who creates something in the box. He’s an incredible talent. He has played more minutes than last year and understands [our game] much better.

“The difference last season and this season is he plays more minutes because the manager is more kind to him.”

According to Smarterscout, when Mahrez is on the pitch he is involved in 82% of the moves which end in a goal for City, so it’s no surprise that they also give him a rating of 94/100 for attacking output.

Combine this with the quality and quantity of his defending, plus his ball retention, and it puts him in the elite bracket with ease. 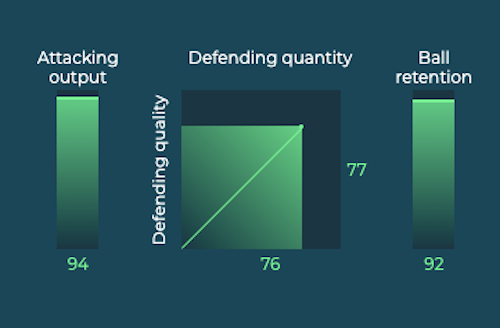 This ball retention is much more impressive considering the advanced areas in which the 29-year-old operates.

He boasts a pass success rate of 89% and has created 15 big chances in the Premier League so far this season, more than any other forward.

In terms of expected assists, which effectively judges the quality of chances created, he is third in the league behind De Bruyne and Trent Alexander-Arnold according to Understat.

This is another area where he is helped by Guardiola’s system. The actions map below from Smarterscout shows that Mahrez is heavily involved in the buildup play in the deeper attacking areas, but once he’s in or around the box he will dribble towards goal or shoot. 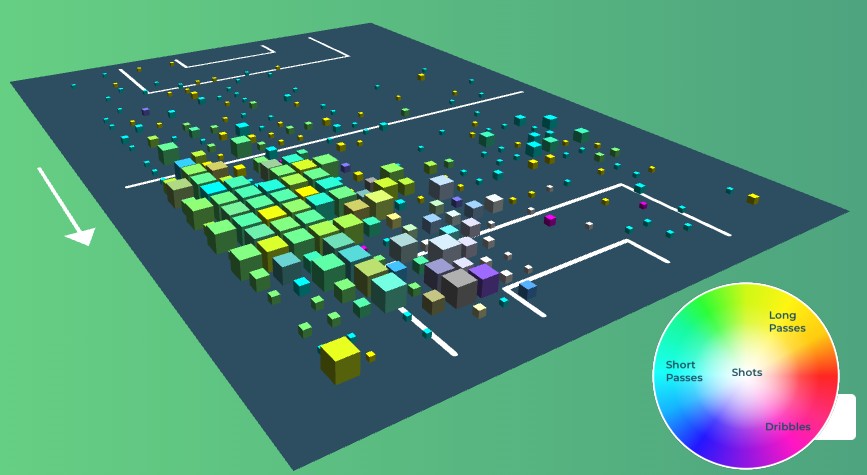 Were his selection guaranteed each week he would be a shoo-in for Fantasy Football managers, but the unpredictable nature of Guardiola’s team selection means more strategy is needed if including Mahrez in a fantasy XI.

It’s almost more impressive that the Algerian has been able to maintain such a high level while dropping in and out of the team.

“What I like the most from Riyad is he loves to play football so we go to the training session,” Guardiola said last September.

“He is the first to arrive and the first to take a ball and try and play with the ball, and that means a lot.

“When he doesn’t play he is not happy because he likes to play football and it is so nice, I like it.”

This love for the game is evident every time Mahrez takes to the field, and it has made him one of the best around as he enjoys his peak years at one of Europe’s best clubs under one of the world’s best coaches.