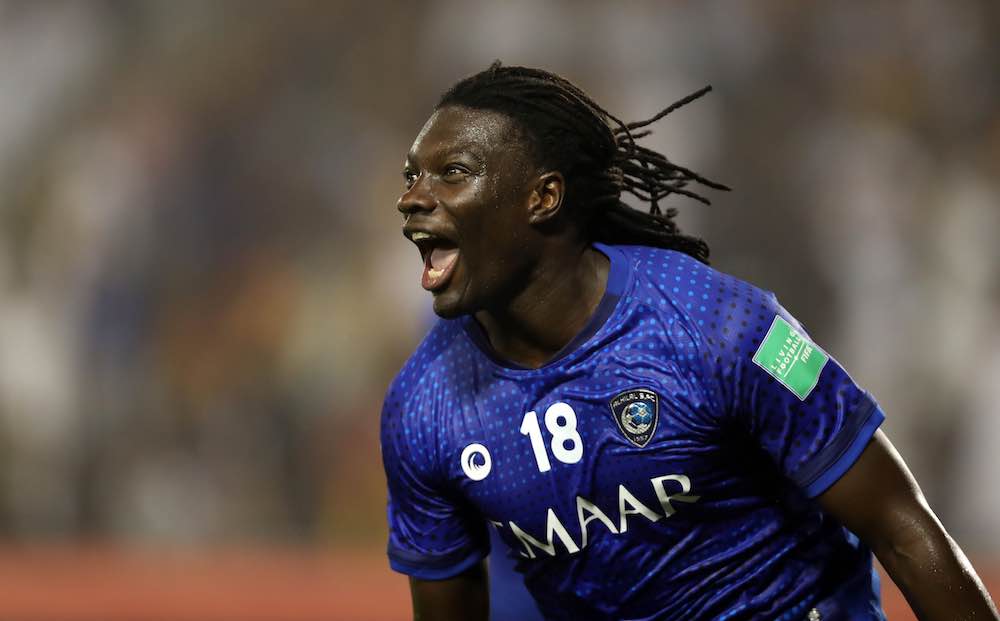 The phrase “the streets will never forget…” is often used to describe mercurial players who have gained a cult following throughout their career. It definitely applies to Bafetimbi Gomis, who shone briefly and occasionally in the Premier League for Swansea City, but is now in the best form of his career at Al Hilal.

He began his career at Saint Etienne, where he played his first senior match in the Coupe de la Ligue in 2003 before being loaned out to Ligue 2 outfit, Troyes, in 2005, where he did very well, scoring six times in 13 appearances.

Upon returning to Saint Etienne he was relatively underwhelming when it came to his goal return in the first season, but at this time he was developing his incredible ability to hold up and dictate play.

This, combined with his aerial threat earned him a controversial move to Saint Etienne’s rivals, Lyon, where he improved his game even more.

In five years there at Lyon he managed an impressive 91 goals in all competitions, and his best season there was arguably the 2013/14 season where he bagged 14 goals and also registered an assist.

The next chapter of his career, at Swansea, is the reason the streets will never forget him. Although he was only in South Wales for two years he made a big impression among many of the fans, and earned a reputation as an extremely clinical striker who could also pick a pass.

Add to this his iconic celebration and it was difficult not to love him. He scored 13 goals in 64 league appearances (36 starts) for the Swans.

After his memorable time at Swansea, Gomis was up for the physicality of the Turkish Super Lig which is well known for red cards and crunching tackles — perfect for his strong style of play.

This was proven by his impressive 29 goals in 33 league games in the 2017/18 season. None of this was seen by your average football fan as Turkish football is not as visible as many other leagues, but it was his best-ever return and many would’ve loved to have seen this sensational individual season from the Frenchman.

Now 34, Gomis is still firing in the goals for champions of Asia, Al Hilal. He is on a team with a couple of other familiar names such as Carlos Eduardo and Sebastian Giovinco, with the latter and Gomis forming a great partnership.

Gomis scored 37 goals in 44 games in all competitions last season and has 19 in 28 so far this campaign, including goals in the Club World Cup against Flamengo and Monterrey. Not bad for a 34-year-old.

He is enjoying his best goalscoring years in the latter stages of his career, and it will be definitely worth checking a few of his games for Al Hilal out once football returns.