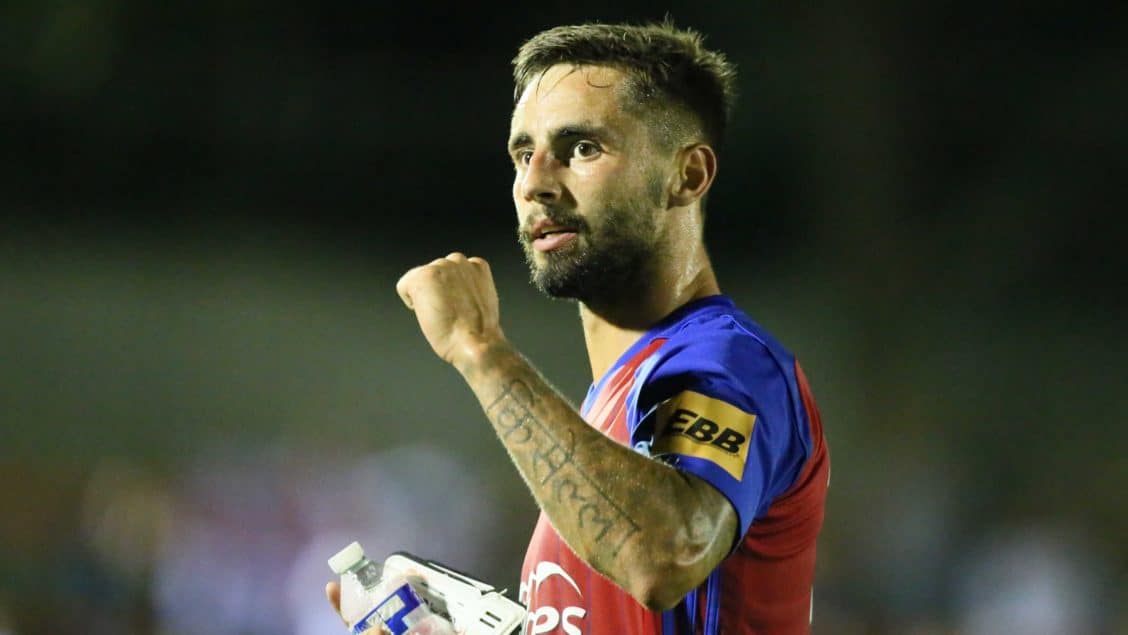 Jame Rowe spoke to Aldershot Town left-back Lewis Kinsella for WFi. They discussed life at Aldershot Town, his time with Aston Villa, and his belief that Jack Grealish is one of the best players in the Premier League.

You signed for Aldershot Town in 2018. How are you enjoying your time there so far, and how would you describe the club?

“I am really enjoying my time at Aldershot Town so far. I am playing every week and getting games of football under my belt and that is what my job is, to play football, and I would rather be playing games every week at a club than at a club and sitting on the bench not playing.

“I believe that Aldershot Town are a big club for the league that they are in, which is the National League. The club has a great setup where everybody works together.

“They are also ambitious and they also plan to redevelop their stadium in the coming seasons too. I think in the next four to five years.”

You came through the youth setup at Aston Villa. How do you look back on your time at the club and did you learn anything in particular that stood you in good stead for your career as a professional footballer?

“Yes I really enjoyed my time at Aston Villa and I have great memories, particularly playing in the Next Generation Series and playing alongside some great players.

“During my time at Aston Villa we had a great coach in Kevin MacDonald who instilled a great attitude in his players and that helped to prepare us for life as professional footballers.”

You played two seasons for Colchester United. How do you look back on your time there and do you have any highlights or memories?

“I look back with mixed feelings at my time at Colchester United. It was a big learning curve for me particularly in learning to deal with setbacks. I did not play as many matches as I would have liked to and I did not manage to make the first team often.

“I had some dark times especially when I broke my ankle and I was out for four months — that was a difficult time. I am pleased to have come back from such an injury and to have gone on to play regular first team football.”

You came through a great youth setup and you have experience at club level too. Could you say who are among the best players you have played alongside so far in your career?

“Yes, I would say Jack Grealish. It has been fantastic to see how he has developed. In my opinion he is one of the best players in the Premier League. We played together from under 16 to under 23 levels.

“Also training with the Aston Villa first team with the likes of Shay Given and Marc Albrighton was fantastic.

“I must also mention Danny Johnson at Preston North End and Derek Williams at Blackburn Rovers. They are also very good players.”

In your position as a defender, I can imagine that you have played against some difficult opponents through the years. Are there opponents that stand out in terms of talent and ability?

“Yes, I played against the likes of Andros Townsend and Yannick Bolasie for Colchester United when we played a pre-season match against Crystal Palace and they are two excellent players.

“During my time in the Aston Villa youth setup I played against the likes of Ross Barkley at Everton, and John Stones, too and if you look at what those two players have gone on to achieve in their careers, and also at international level representing England, it is very impressive.”

Finally, Lewis, you mentioned Kevin MacDonald and Tim Sherwood. Could you say who are the coaches and managers who have played a key role in your development as a professional footballer?

“Kevin MacDonald and Tim Sherwood, in particular, were responsible for shaping my attitude and mentality when it comes to football. It will help me for the rest of my life both on and off the pitch.

“They showed so much trust and belief in me. Tim Sherwood, in particular, to put me on the bench for an FA Cup quarterfinal at Villa Park against West Brom in the case that I would need to come on as a substitute.

“I must also mention Gary Waddock at Aldershot Town. He showed a lot of confidence in me. Also my current manager Danny Searle, he is also someone who has shown a lot of trust and belief in me. I have played a lot so far this season. I believe that I have missed one match so far this season through suspension.

“I am grateful to those managers as they have taught me things that can only help me to get the best out of myself during my career as a professional footballer.”