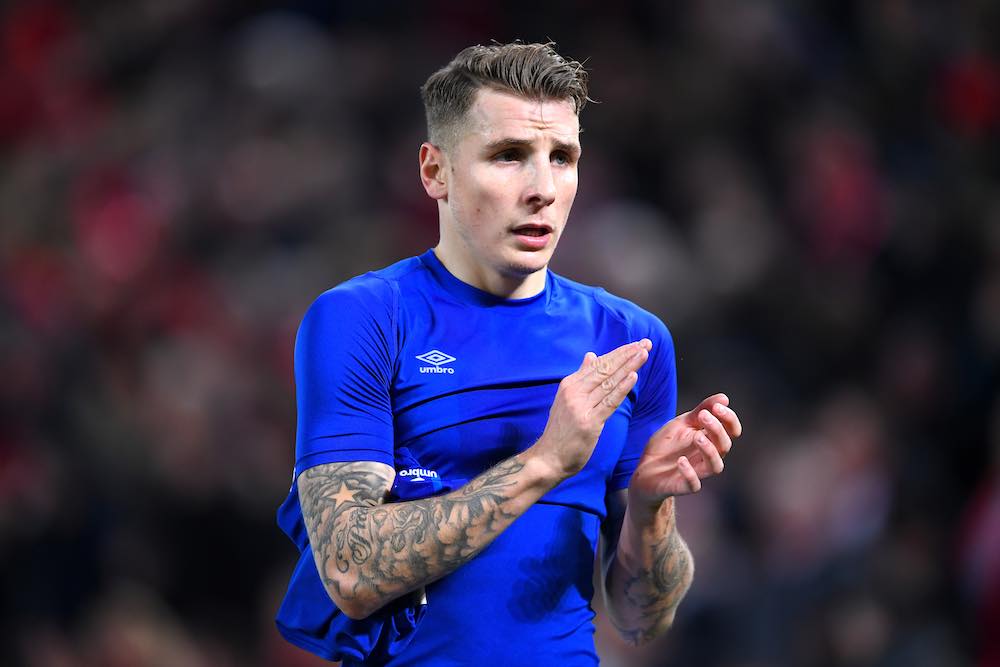 Lille, Paris Saint-Germain, Roma, Barcelona reads like the career path of a player who would by now be an accomplished veteran, but for 26-year-old Lucas Digne, it was the move he made after a spell with the Catalan giants which really kickstarted his career.

Everton signed Digne when he was just about to turn 25 — entering his prime years as a footballer. In 2018, the club’s new Director of Football, Marcel Brands, managed to secure the services of the Frenchman who had great, but unfulfilled potential, for what now seems like a bargain fee of £18m.

Despite only joining the club less than two years ago, Digne has now made more appearances for the Premier League side than for any of his previous teams, and it is on Merseyside he has made his name as a creative, attacking left-sided player who is also a handy threat from set-pieces.

It has marked him out as one of the best left-backs around.

Since signing for the Toffees, Digne regularly tops the creative charts among full-backs, and finished his first season at the club with four assists and an average of two chances created per game.

He was 11th in the league across all positions for expected assists that season with 7.71 (Understat), putting him second among full-backs for this particular metric, just behind Liverpool’s Andy Robertson (8.06) and ahead of Trent Alexander-Arnold (7.22). 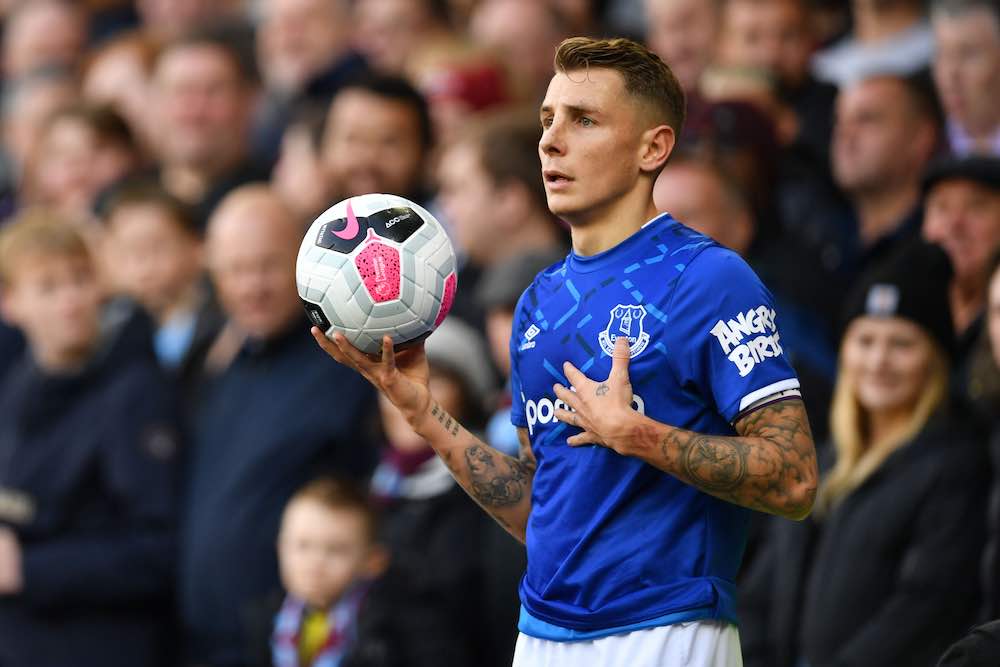 Digne has been a standout player during turbulent times for Everton but, like many players in the side, he suffered for a period of games at the start of the 2019/20 season before manager Marco Silva was sacked early in December.

Carlo Ancelotti came in to replace the Portuguese and, along with his assistant Duncan Ferguson, has revitalised the club, is fans, and its players. Digne has found his form again down the left flank and has been a key weapon on the attacking side of Ancelotti’s plan.

“He [Ancelotti] is very important,” Digne said in February. “He is really cool, he is close to the players, he wants to speak with everybody and have a close relationship with everybody.

“He gives us his experience. He is calm and he is a winner – he has won a lot of trophies. When you have a coach like this you are thinking: ‘Okay, he’s the boss, he’s won three Champions Leagues!’

“You have to drink his world – I don’t know if that’s an expression in English, but in France we say that. Everybody feels very good, we are working very hard. We have been playing very well, we’ve been getting results against the big teams and I think we are more confident.

Digne rediscovered the form he has shown throughout his time at Everton, continuing to create chances for his team-mates and provide a threat from set-pieces, both through shots on goal and crosses into the box.

He has five assists so far this season, two since Ancelotti’s arrival, and is averaging the same expected assists per 90 minutes as last season with 0.23.

He is already creating more from open play this season, with 18 key passes in open play compared to 14 last time out.

All of this is shown by the concentration of long passes (yellow) on the Smarterscout map below, with two big blocks on the corner flags. The small white blocks around the edge of the area show from where his free-kick shots are taken.

Smarterscout’s data also gives Digne a score for attacking output of 97/100, and he is involved in 42% of Everton’s moves which end in a shot.

There were signs of this type of form during Digne’s spell with Roma. He finished the 2015/16 Serie A season with three goals and three assists in what was his first season as a regular starter since his last with Lille in 2012/13.

But even then his creativity was nowhere near the levels he has reached while at Everton.

Champions League clubs from across the continent will no doubt begin to show interest in Digne again, but it is now Everton’s aim to reach those heights themselves, and having a player of this quality will be vital to help them do so.

Given he has been able to find his best form and define himself as a player at Everton, he has no reason to leave, especially not with the new sense of ambition under Ancelotti who is openly speaking about European qualification.

“Everything is starting to build,” added Digne. “We have the new stadium in a few years, we have a big coach, the club is spending money during the transfer window. I think we are building something.”