Ricardo Pereira: Where Does The Leicester Man Stand Among Best EPL Right-Backs? 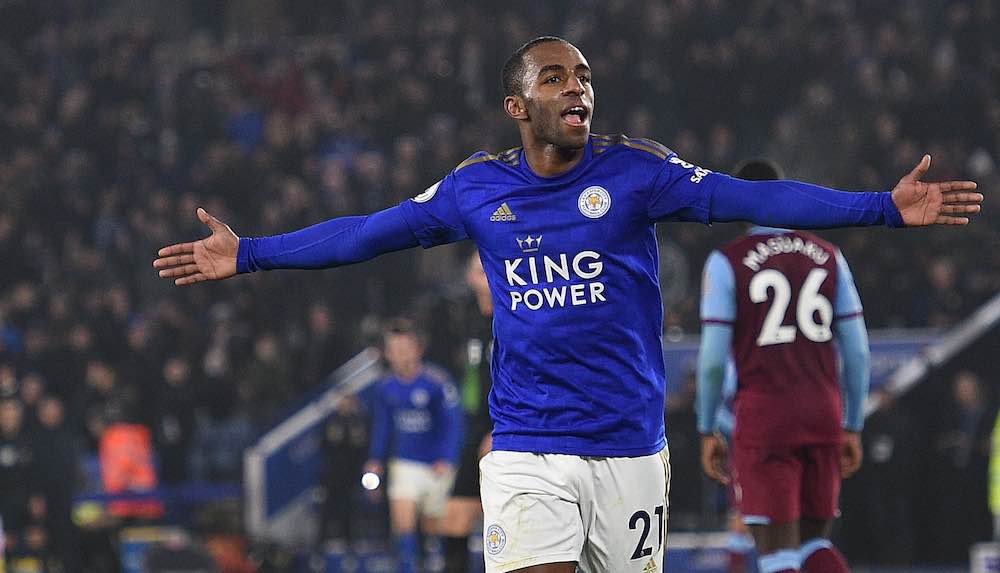 Who is the best right-back in the Premier League at the moment? Trent Alexander-Arnold? Aaron Wan-Bissaka?

Liverpool’s Alexander-Arnold has set about totally redefining the right-back role since making his Premier League debut in December 2016, delivering the third-highest number of successful open-play crosses (72) and notching up a remarkable 25 top-flight assists during that time.

While Alexander-Arnold has been a relentless attacking force, Wan-Bissaka has been a ruthless defensive unit, making more tackles (258) than any other Premier League player since making his debut for Crystal Palace in February 2018 — his form earned him a £45m move to Man Utd last summer.

Who is the best #PremierLeague right-back at the moment? #LCFC #LFC #MUFC

England’s double-barreled marvels have been nothing short of brilliant but one man who doesn’t get nearly enough credit in this debate is Leicester City’s Ricardo Pereira.

Signed from Porto for a reported £22m in May 2018, Pereira’s arrival was somewhat understated given the Foxes had just said goodbye to title-winner Riyad Mahrez and signed the much more obviously exciting James Maddison from Norwich City.

However, while few seriously registered Pereira’s arrival outside the Leicestershire area, his signing would prove to be one of the final — and indeed few — strokes of genius from the soon-to-be-departed Claude Puel.

Since his debut against Manchester United in August 2018, no player has made more Premier League tackles than Pereira (236) — even the mighty Wan-Bissaka and teammate Wilfred Ndidi cannot match him in this regard — while he also ranks an impressive fifth when it comes to successful dribbles (128) during that time.

Given that Manchester City have spent a king’s ransom on full-backs such as Kyle Walker, Joao Cancelo and Benjamin Mendy in recent years, that £22m fee for Pereira has very quickly turned into a real bargain.

The Portugal international’s key trait is his ceaseless energy, tearing up and down the right flank to ensure Brendan Rodgers always has an outlet down that side, but safe in the knowledge that it’ll be air-tight should Leicester lose possession.

“I’ve got a brilliant player. He’s so low maintenance. The intensity he plays the game, that’s how he trains,” said the Foxes boss early in March.

“He always wants to get better, he wants to learn, his defending has got better, and then going forward he’s such a threat, whether that’s his crossing or looking to come in behind.

“He’s up there with the really top right-backs at this level, and he’s consistently been first class.”

Even expanding the debate beyond right-backs, Pereira rarely gets the credit he deserves, with the likes of Maddison, Jamie Vardy and Youri Tielemans all held in higher regard than the 26-year-old.

That said, Rodgers described the season-ending ACL injury Pereira sustained against Aston Villa in March as a “shame” and a “blow”, while Leicester fans were quick to sound their concern at losing such an important cog in their machine.

The injury looked set to end his hopes of making the Portugal squad for Euro 2020, but the suspension of football due to the coronavirus outbreak between then and now means he has genuine hope of making that tournament fully fit next year.

Will it take a blockbuster international tournament for people to truly stand up and take notice of Pereira? Will a bigger club come in for him, putting him into a team where his qualities can further flourish?

Right now, he’s just focusing on getting fit but there’s no doubting that Pereira, arguably Leicester City’s most underappreciated commodity, deserves to be included in the right-back conversation when we’re eventually able to sit down and pick our Premier League Team of the Year.