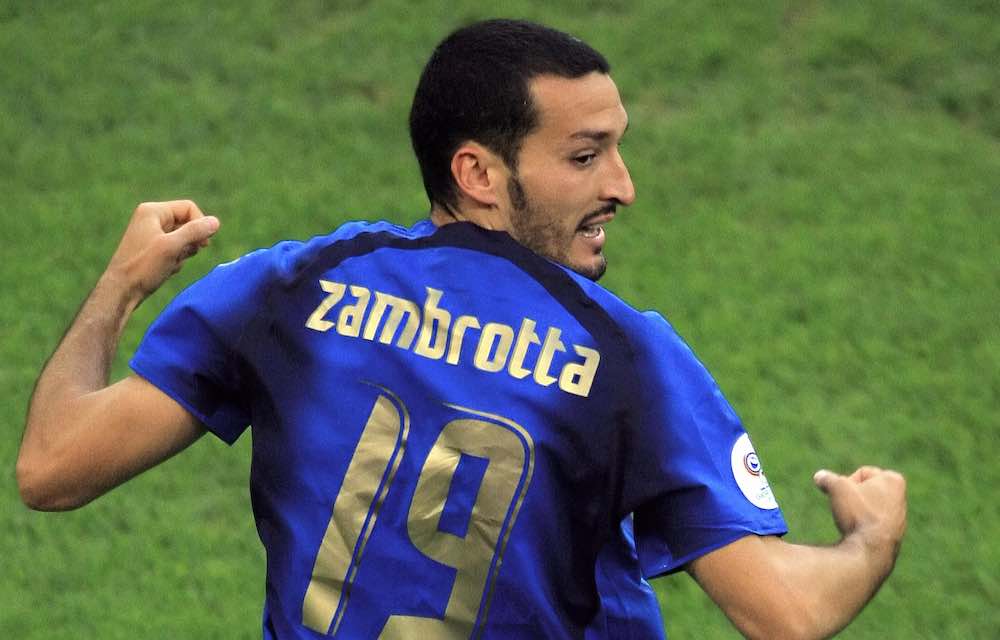 Daniel Lucci continues a series on the legends of Italian football, looking back at the greatest players from one of the most renowned footballing nations.

Next up is World Cup winning wideman, Gianluca Zambrotta.

Zambrotta may have not been the best player on the teams he was a part of, but he was always a dynamic feature of every squad he appeared in.

Not only was he fluent moving forward and capable of using both feet, he was also sound defensively.

Furthermore, he was a versatile option for a manager to have at their disposal, and being able to use both feet certainly helped. He was a naturally a right-footed player, but continued to develop his left throughout his early days and this helped him throughout his long career.

Zambrotta featured as a left-back, right-back, right midfielder and even briefly as a central midfielder. Having a player of his quality and versatility is rare, and this is how Zambrotta was able to solidify himself as one of the top full-backs in the game.

He played for some of the tops clubs in Europe, such as Juventus, AC Milan, and Catalan giants Barcelona.

Although he was able to win the Serie A title on three different occasions, the Italian Super Cup twice and the Spanish Super Cup once, Zambrotta was never really regarded as one of Italy’s greats on an International level.

What many may not have realized is that in his 11-year international career, the versatile defender made 98 appearances for Italy, making him the eighth most capped player in Azzurri history.

That is an impressive statistic for a defender and when taking into consideration some of the big names which donned the blue jersey throughout the years, it is certainly something of which to be proud.

During Italy’s victorious 2006 World Cup campaign, Zambrotta played six out of the seven games and dominated during the quarter-final match against Ukraine.

In that game, which was arguably his best match for Italy, Zambrotta scored a long-distance left-footed thunderbolt to give his side an early 1-0 lead.

Later in the match, he added an assist for Italy’s third goal, scored by Luca Toni.

It is evident how dynamic Zambrotta was for his teams and teammates throughout his career. Even though he was only able to tally two goals for his nation, he was crucial to their success in many International tournaments and especially during that 2006 World Cup.

There is no denying Zambrotta was a wonderful player and it would be interesting to see what such a versatile full-back with such quality would sell for in today’s transfer market.

At the time, many may not have been able to realize how important Zambrotta was to the squads he represented throughout his career, even with the Azzurri but for many others, the full-back was a joy to watch.

It’s fair to say that he did not receive nearly as much praise and recognition that he so fairly deserved.