Who Is Each Premier League Team’s Best English Player? 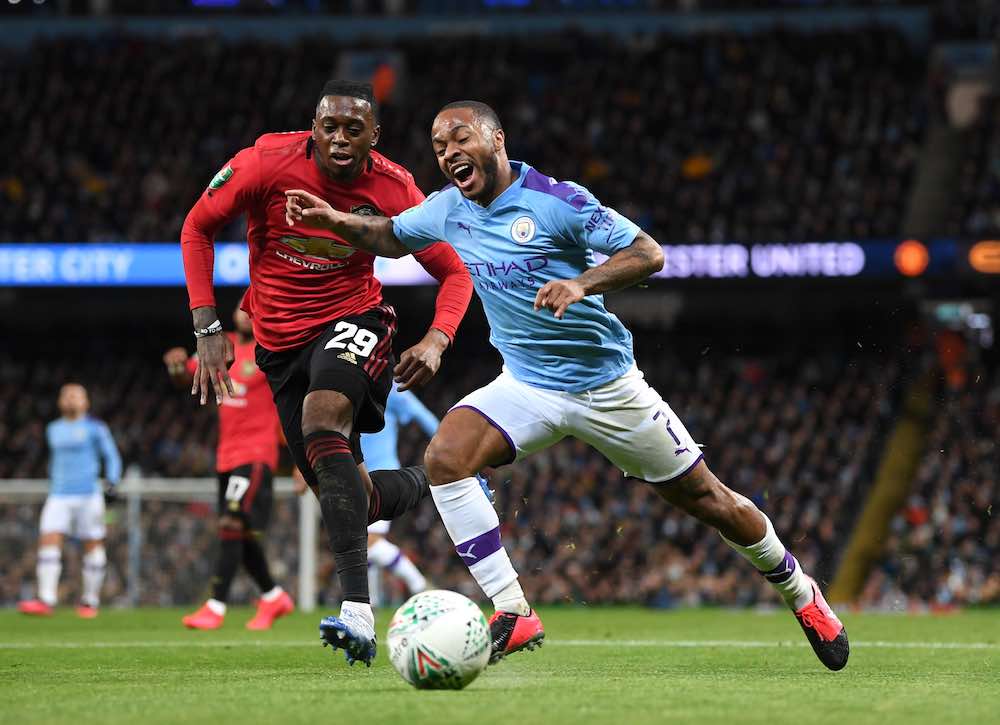 It’s been a good season for the Premier League’s English contingent, with a number of players making a breakthrough.

This has given England manager Gareth Southgate a number of options and plenty of decisions to make as he plans his squad for Euro 2020/21.

Tom Caldwell gives his opinion on who is the best English player from each Premier League team.

Liverpool are a relatively easy one — England’s first-choice right-back Trent Alexander Arnold. He is an incredible player and would get into any team in the world. He’s just 21 but it feels like he has been around for a while. He is a world-class playmaker from right-back, and matching this with his incredible defensive capabilities makes for a world-class player.

Leicester pose a tricky choice between two attacking talents: playmaker James Maddison and the man he supplies, Jamie Vardy. But the striker is more important to Leicester thanks to goal-scoring instincts which make him the current top scorer in the Premier League.

Like Liverpool, Manchester City have a very obvious choice — Raheem Sterling. He has many strengths as he gets in great goal-scoring positions and can also get out of tricky situations with his dribbling, which when combined have led to five goals and two assists in four Champions League games. This more than enough to put him far ahead of the likes of John Stones.

There are a few candidates at Chelsea in most areas of the pitch. Fikayo Tomori at the back, Mason Mount in midfield, Callum Hudson-Odoi out wide and Tammy Abraham up front. It’s not an easy choice, but Abraham just about edges it due to his outstanding finishing ability. Not only that, but he can also set up team-mates too, and has four assists to go with his goals this season.

One positive in what has been considered a very depleted Manchester United squad is that there are a lot of good English players, but the pick of the bunch is Aaron Wan-Bissaka. The 22-year-old is an incredible right-back who is good going forward but more well-known for his incredible defensive abilities. He averages 3.8 tackles and 2 interceptions per 90 minutes in the Premier League. An argument could be made for Marcus Rashford but Wan-Bissaka’s presence is immense and he always does the right thing defensively.

For Tottenham, it has to be England’s captain and No. 9, Harry Kane. His goal-scoring talent cannot be overlooked, but he also has a superb passing range. His six goals in five games in the Champions League helped Tottenham through a group featuring German giants Bayern Munich.

The two main choices for Wolves are defenders Conor Coady and Ryan Bennett, and in the end, it is an easy choice as club stalwart Coady is clear of Bennett by some distance. The Liverpool-born centre-back has been solid for several years now.

There are lots of English players at Sheffield United but John Lundstram edges it for his versatility and ability all over the pitch. This is shown defensively by his 1.8 tackles and 1.2 interceptions per 90, as well as being able to play very well further up the pitch contributing with four goals and three assists.

It is another tough decision at Crystal Palace, but centre-back James Tomkins has averaged 2.8 tackles and interceptions combined per 90 minutes, and 5.5 clearances per game on top of that.

There were no real standout candidates for Arsenal until recently. The rise of Bukayo Saka has seen him became spoken of as possible inclusion in the England squad at left-back despite being just 18 years old. He has three assists and two goals in the Europa League this season, showing he can do a job against continental-level opposition.

It’s a reasonably straightforward choice for Everton as they have in their ranks England’s current No. 1, Jordan Pickford. The ex-Sunderland man has made 24 appearances for the Three Lions, which is impressive considering the number of decent keepers England have. He is considered to be good enough on the ball for the possession style of football England want to play, even though his shot-stopping has been called into question at times.

Southampton? Danny Ings. The prolific striker has been by far and away Southampton’s best player this season, netting 15 goals so far in the Premier League. With Vardy the only Englishman ahead of him in the goalscoring charts and with Kane and Rashford recently injured, you could certainly make a case for the Saints forward to be in Gareth Southgate’s next squad. He is also a good defender from the front and would fit the modern pressing style.

Danny Ings Can Be The Answer For England Amid Injury Woes

At Newcastle, it’s a two-horse race between Jonjo Shelvey and Jamaal Lascelles. After impressing in the double pivot with the likes of Isaac Hayden or the Longstaffs, Shelvey gets the nod. He is always looking towards goal and averages 1.8 shots and 1.8 key passes per game.

Brighton have many solid English players but the best of the bunch is club legend, Lewis Dunk. The 28-year-old centre-back has been at his hometown club his whole career and still gets into the great defence for the Seagulls alongside Dan Burn and Adam Webster. They have been a great trio for Graham Potter but Dunk is the standout, in and out of possession.

Another team who have lots of English players, especially in defence, are Burnley. Ben Mee is the pick of the bunch, and the ex-Manchester City player has really made a name for himself at Burnley thanks to his consistent performances under Sean Dyche.

In terms of English players at West Ham, it’s probably a choice between Mark Noble and Declan Rice. For club legend status Noble would be the pick, but Rice edges it on current ability. He is an energetic defensive midfielder and works well behind a more technical player like Pablo Fornals or Manuel Lanzini. Rice is not just a ball-winner. He completes 1.6 dribbles per 90 minutes and has a pass success of 86%.

Aston Villa is probably the easiest decision thanks to their incredibly talented captain, Jack Grealish. He is versatile as he can play wide on the left and as a No. 10, and is very effective in both positions. He completes 2.7 key passes and 2.2 dribbles per 90. His performances have led to a ‘rivalry’ between him and Leicester star Maddison, one likened to that between Steven Gerrard and Frank Lampard. An honourable mention for Villa goes to defender Tyrone Mings who should also be in the mix for England.

There is plenty of choice at Bournemouth, but goalkeeper Aaron Ramsdale has been the Cherries’ best player this season.  When it comes to short passes out of the back he has a pass success of 98% and also has an assist to his name. It’s easy to see why he’s Bournemouth’s No. 1, but it will be much more difficult for him to do the same for England with Manchester United’s Dean Henderson, currently on loan at Sheffield United, in his way as well as Pickford. But if Bournemouth improve, he could be in the England squad for the 2022 World Cup.

We stay between the posts as we head to Watford, where Ben Foster is the Hornets’ best English player. The 36-year-old has been very good for a side which struggled earlier in the season and has remained in form during their revival under Nigel Pearson. Although his numbers may not be incredible, if you watch Watford you’ll see the very good saves he makes.

The final team on this list also have quite a few English players, but only one Norwich City player was ever going to get this spot: Todd Cantwell. The young Englishman and Teemu Pukki have been the Canaries standout players this season. He has six goals and two assists for a struggling side, which makes you wonder, will he be going to the Euros next summer?