Alessandro Bastoni – The Future In Defence For Inter And Italy 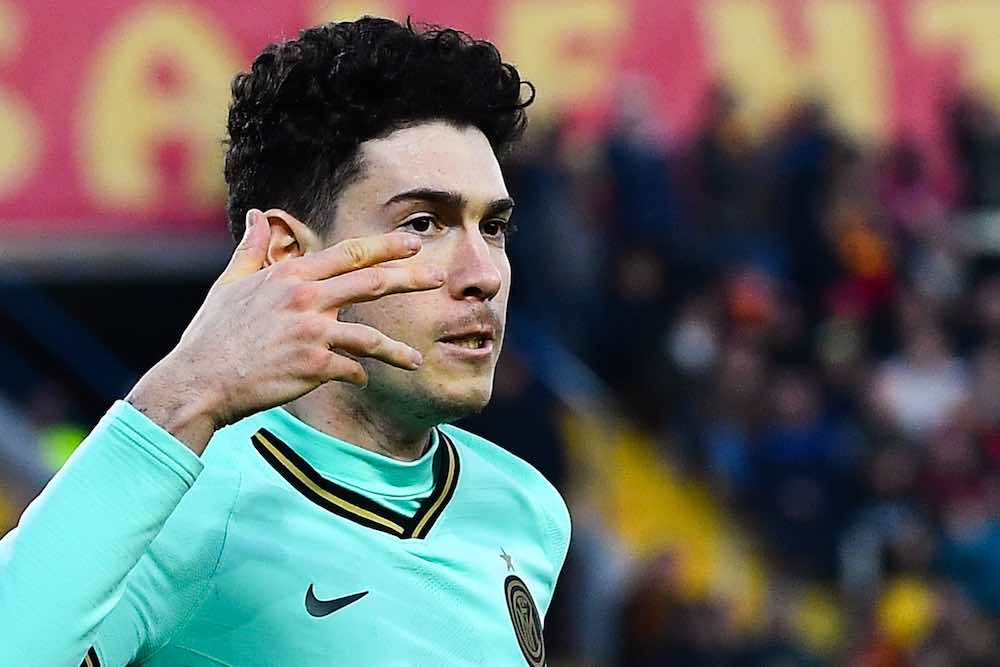 Young Internazionale defender Alessandro Bastoni has been impressive for the Nerazzurri this season with some brilliant performances.

Manager Antonio Conte has preferred the youngster ahead of veteran Diego Godin lately, which says a lot about his talent.

Bastoni was signed from Atalanta back in August 2017 for €31m, a hefty fee for a 19-year old. If his current performances are anything to go by, it has proven to be a great investment for the Italian giants.

At just 20 years of age, Bastoni has elegance and maturity of a seasoned defender, while also having awareness and composure that is way beyond his age.

Bastoni’s ability on the ball and him being left-footed is one of the major reasons he brings something different to Inter’s defence and has been preferred to Godin of late.

He has averaged 1.4 tackles, 0.9 interceptions, and 1.8 clearances per game this season in all competitions. He also has a pass success 88% which shows his quality in possession and how comfortable he is on the ball. He also wins a lot of headers and is great at man-to-man marking.

“I have known Bastoni for a long time and I have been following his growth for a while also in the various youth national teams,” said Bergomi.

“He has always been physically and technically good. He is a left-footed centre-back which is a rare commodity in today’s game. He is a good dribbler and a certain arrogance that is nice to see in a young player.

“He still has to grow but he has the means to do so and has great masters to learn from. He has to follow Conte’s instructions.”

Bastoni’s performances have attracted interest from some top clubs such as Barcelona, Manchester City, and Liverpool, but Inter have maintained that he is not for sale.

The player, who is under contract with Inter until 2023, has himself spoken about his plans to stay at Inter long-term.

“In ten years I see myself at Inter, with some trophies in the cabinet and maybe the captaincy,” Bastoni told Gazetta Dello Sport in a recent interview.

Inter have a solid young defender on their hands, and one who is focussed on staying and doing well for his club.

Bastoni has exceeded expectations this season and could be a vital player for both club and country in the coming years.