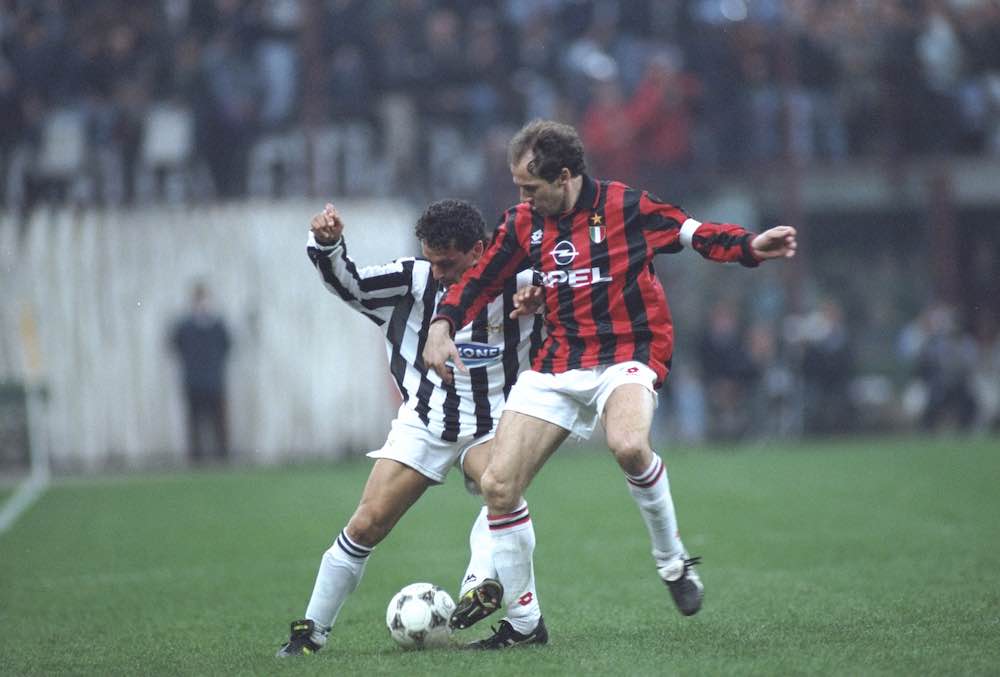 “After a game against Baresi, your feet need loads of ice and anti-inflammatories,” — Gianfranco Zola.

The former AC Milan captain spent his entire 20-year career with the Rossoneri, leaving his mark for both club and country.

The defender made over 700 appearances for his beloved Milan and also had the honour of captaining them for 15 seasons.

The tough-tackling defender helped them win a plethora of trophies throughout his time there. Baresi is a six-time Italian Champion, four-time Italian Super Cup winner, two time UEFA Supercup winner, 93/94 Champions League winner, and much more.

Not only was Baresi a top defender and a proven winner, but he was also a leader.

French football great Laurent Blanc once stated that: “In those great AC Milan sides of the late ’80s and early ’90s he was the boss, every man who played with him or against him knew he was the boss.”

Considering those squads included other Milan greats like Paolo Maldini, Mauro Tassotti, and Zvonimir Boban, that is quite the praise from Blanc.

His play and many accomplishments with Milan are evident, but Baresi’s legacy does not stop there, as he also had a very successful international career with the Azzurri. 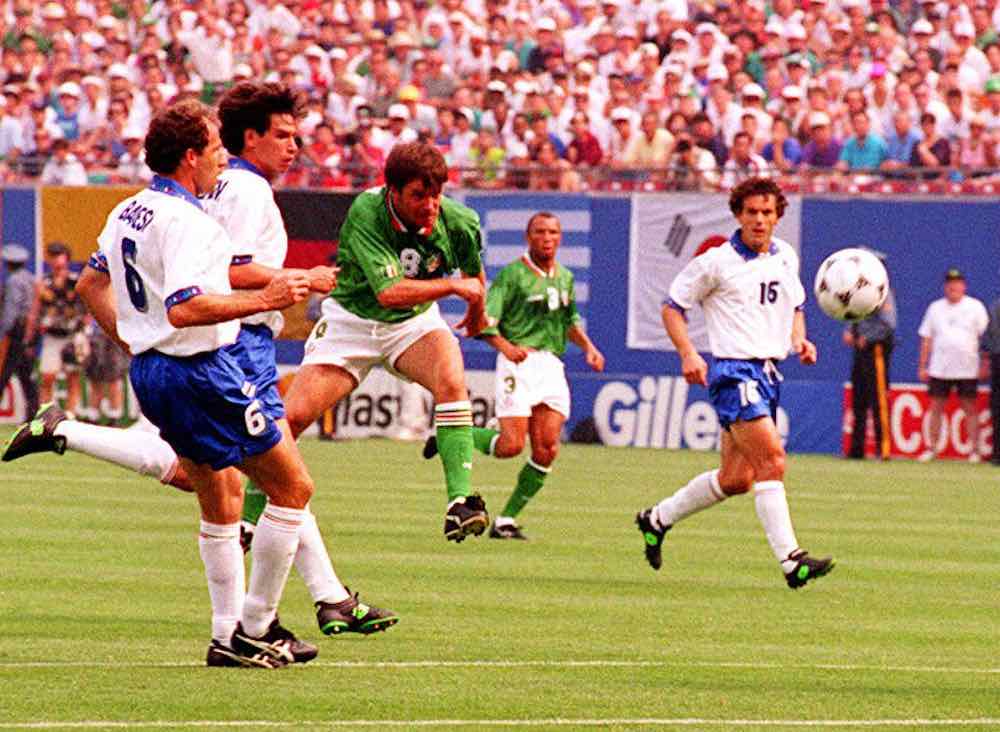 A 22-year-old Baresi made his Italy debut in 1982 under head coach and Italy great, Enzo Bearzot.

He went on to make 81 appearances for the Azzurri, putting him in the top 15 most-capped players in Italian football history.

Baresi was also part of the incredible 1982 World Cup winning squad, though he did not feature during that tournament.

He was an integral part in Italy’s 1990 World Cup, playing every minute in all seven matches, helping the Azzurri to a third-place finish.

Furthermore, he was named the captain of Italy from 1991-1994 and was an influential part of the 1994 World Cup team which eventually lost a penalty shootout against Brazil in the final.

Though he was not able to win quite as much with Italy as he did with Milan, Baresi was still crucial to much of Italy’s International success in the ’80s and ’90s.

“This guy is a monument in world football,” said legendary Romanian forward Gheorghe Hagi. “Milan and Italy built their teams around him, as I found out when Milan beat Steaua Bucharest 4-0 in the 1989 European Cup Final.

“He was able to construct the game from the back, coming out of defence and launching some amazing passes to devastating effect.”

Such recognition from arguably the best Romanian footballer in history speaks wonders of what opposing footballers thought of Baresi throughout his playing days. 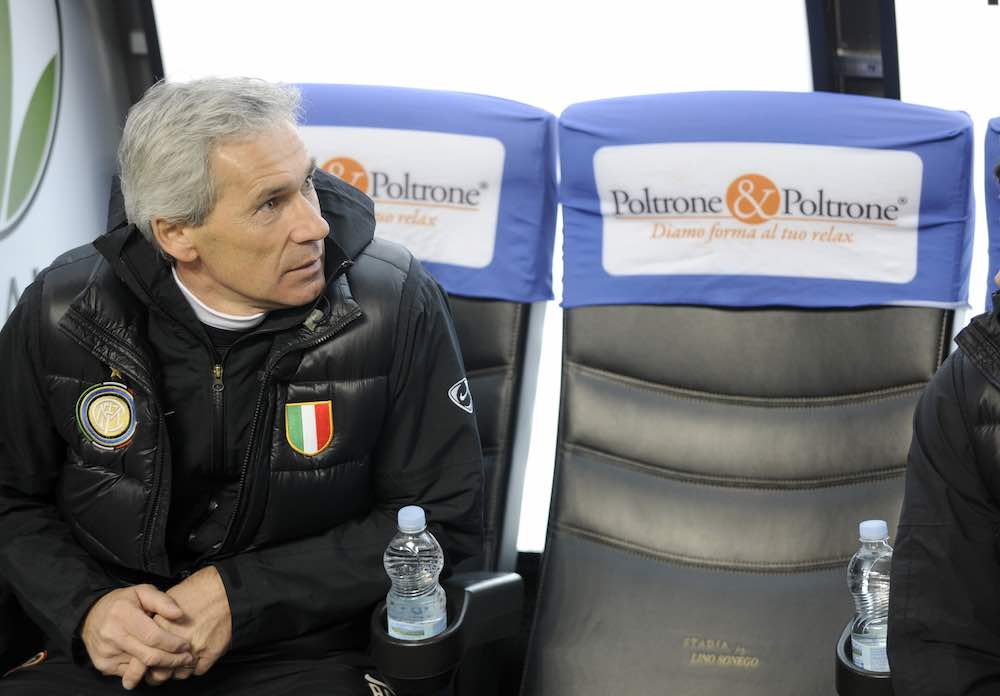 Franco is the younger brother Giuseppe Baresi, also a defender, but for the other side in the city.

Both tried out for Inter in their youth, but Franco was rejected and later on signed for rivals AC Milan while Giuseppe went on to be a solid defender with Inter.

For a little while Franco was known as ‘Baresi 2’, as his brother Giuseppe had quite the impressive career with Inter, but, that quickly changed as Franco became the best defender in Italy and Giuseppe became known as ‘the other Baresi.’

Despite older brother Giuseppe also having a successful career, Franco created his own legacy and still until this day is recognized as one of the best defenders in the history of the game.

The massive effect Baresi has had on modern-day defending, as well as football as a whole, during his outstanding career is clear.

Young fans and players still watch his videos to try to understand the way he was able to read the play so easily.

Former Arsenal and England great Tony Adams said that Baresi was able to read the game better than any defender he’s ever seen, which is what makes him stand out as one of the best central defenders of all time.

Baresi was tough when he needed to be, but also had skill, composure, and elegance when it came to starting attacks from the back.

“He made a mockery of the idea you have to be big, strong and quick to be a great defender,” said Carragher.

“He didn’t rely on his size – he was only 5ft 10in – or his power but he was a brilliant organiser and what he lacked for in pace, he made up for with organisational skills.

“The way he read a game would keep him one step ahead of the opposition. He was fantastic on the ball. He’d start AC Milan’s attacks by surging out of defence. Brilliant.”

Younger generations may not have been able to witness the play of Baresi but the worldwide praise from international footballers and his immense achievements are evidence of just how great of a player he was.

Baresi will forever go down in football history as one of the greatest ever to play the game, a tremendous talent to watch, who was truly a world-class player and leader.

Loading...
Newer Post
Bragantino – The Red Bull Side Ready To Challenge The Status Quo In Brazil
Older Post
Alessandro Bastoni – The Future In Defence For Inter And Italy