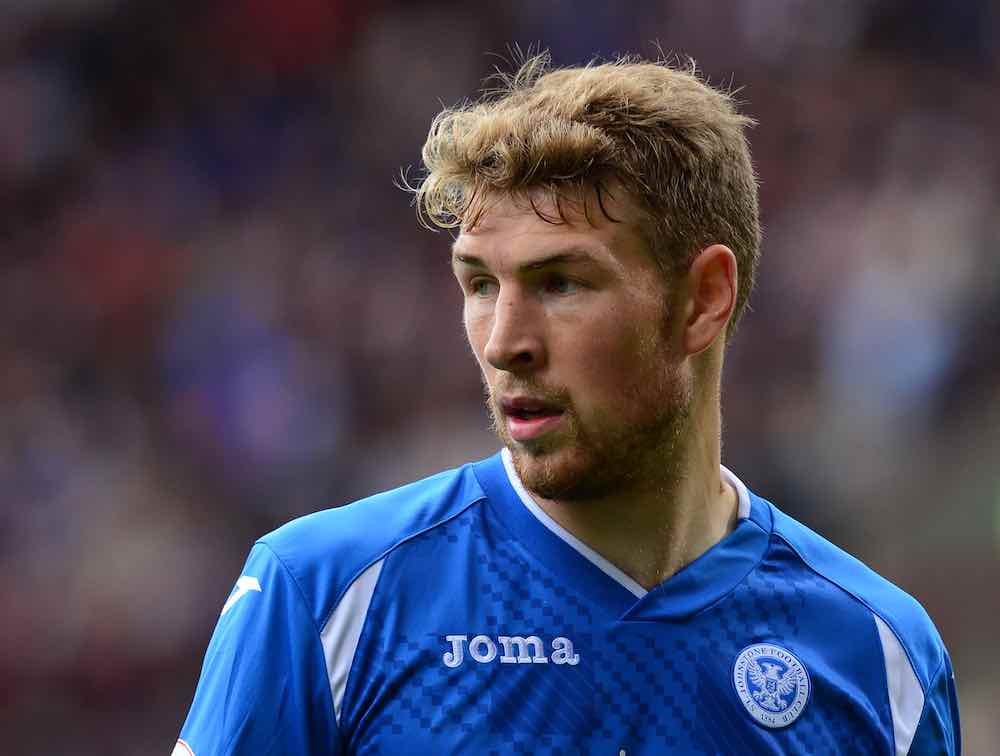 At Celtic, who was the best player you played with or against in academy football?

What was it like playing for Scotland’s youth national teams from U18 to U21 in UEFA competitions?

“It was great to play at international level at a young age, playing in some big tournaments and qualifying for Europe. Sadly we didn’t do so well, but I played against some amazing players.

“It was was a great experience playing with some of the players older than me. Scott Arfield is now at Canada as well.

“I’ve played against some top-class players like [Virgil] Van Dijk, [Georginio] Wijnaldum and [Gylfi] Sigurdsson as well, they were all different class when I played against them.”

Could you summarize your time with Hibernian FC?

“I had a great time at Hibs. I played there for 6-7 years and even at a young age was great to be involved with the first team.

“It was a great time for me and I really enjoyed it, but things have to come to an end at some point, and luckily I was able to move on and have great success at St Johnstone.”

You’ve scored many goals in your career, if you had to pick just one which one is it and why?

“If I had to pick one goal it would be a goal I scored for Hibs against Hearts in the Scottish Cup third round. I think everyone would remember it, especially as a Hibs supporter.

“I think the season before we had just lost in the final to them in the cup. We got them in the first round of the Scottish Cup in the next season and I managed to get the winner, which was a massive goal for me and the club itself, especially after what had happened the year before.”

It must be a dream for every young boy from Bridge of Earn, Perth to play for St Johnstone? What emotions do you have?

“It makes me very proud to play for the club I grew up supporting and watching as a kid.

“It’s just a pleasure to play for a team that is well run, family-oriented and it definitely brings the city together as well.

“A number of emotions for me, and it’s makes my family proud as well.”

Have you ever had the chance to meet or speak with Nick Dasovic? A former Canadian international and someone who played many years in the Scottish Premiership, and with St Johnstone.

“I’ve met Nick a few times, spoke to him a few times, and most recently at the St Johnstone hall of fame dinner.

“His team were there from the 1997/98 season when they qualified for Europe and played against AS Monaco.

“I remember that game because I was at it. I watched that match, was such a fantastic game. Got to talk to him and talked to him about the past. A bit about Canada as well and what the future holds.”

You debuted for Canada before visiting. You visited for the country for the first time in a nations league game vs Cuba in Toronto. How was that trip?

“It was great to finally visit Canada and be there. Such a great city. I managed to have a walk around the streets and see what it’s all about.

“I really enjoyed my trip there and to be part of the squad. I was unfortunate not to get on but it was great to be involved and a great victory for us as well.”

You’ve expressed interest in coming to live in Canada with your family in the past. Is that an option for you in the near future?

“Getting my Canadian citizenship opens that door, obviously, to go there in the future. It’s something that we have talked about, and it’s a possibility.

“I have renewed my contract until 2021, but it’s something that is in the back of my mind that could possibly happen.

“But if not, it’s not a big deal, but yeah, it would be a pleasure to go over there and live. I’m sure it’s great and my family would love it as well.”

What have you seen from the Canadian Premier League, if anything at all?

“Unfortunately I haven’t any of the Canadian premier league but I kept up to date with who won it last year.

“A few players that play there, like David Edgar, I kept up to date with what he was doing, and on Twitter too.

“I also shared a room with Marco Carducci so he informed me of what it was like. It would be great to play there but obviously my focus is on St Johnstone.”

What do you think your role with the Canadian men’s national team will be going forward?

“We’re looking towards the future with Canadian football and that is to put it in a better place.

“You progress as much as we can, we’ve made progress over the last few years and it’s great to be a part of.

“It’s a fantastic operation and a great squad of players. A great group of staff as well.

“It’s always a joy to be a part of it. Hopefully I can be part of the squads in the future.”

Are there teammates in the national team fold that you are close with and stay in contact with when you return to club football?

“I don’t stay in touch with many of them but we do have a group chat and every now and then we speak.

“Obviously keep up to date on how everyone is doing through social media and it great to see the boys doing so well at their clubs.

“When I am home [in Scotland] I do see Scott Arfield from time to time, especially when I’m playing him. And chat occasionally.”

You debuted for Canada in March of 2018 vs New Zealand in a international friendly. Do you wish you could have filed your one-time switch much earlier?

“I loved my debut game against New Zealand was a very proud moment for me and my family to represent Canada. It was a great camp to be a part of and a great win too.

“I sometimes do wish I done it earlier but at the same time I joined when John Herdman was in charge and he has been great in welcoming me into the fold and I’ve enjoyed every camp I’ve been involved in.”

You are 30 years old and will be 32 by the time of Qatar 2022. It will be your last chance to participate in a World Cup. How are you preparing to be part of this next cycle of qualifiers and, if Canada makes it, to fight to be part of the final 23-man roster?

“The aim for us is to play in the World Cup in Qatar and I would love to be part of that.

“I just need to focus on how I’m playing with my club and hopefully push for my place in the roster for the camps leading up to it.”

If you weren’t professional footballer, what would you have done? And have you thought about what you’ll do post-retirement?

“I’m now looking towards that as I’m getting to that age in my career where I need to look to the future.

“I’d still love to be involved in football so I’d love to be a coach as I think I can help players with my playing experience.

“If I wasn’t a footballer I don’t know what I would do as it’s been my life and I love it!”