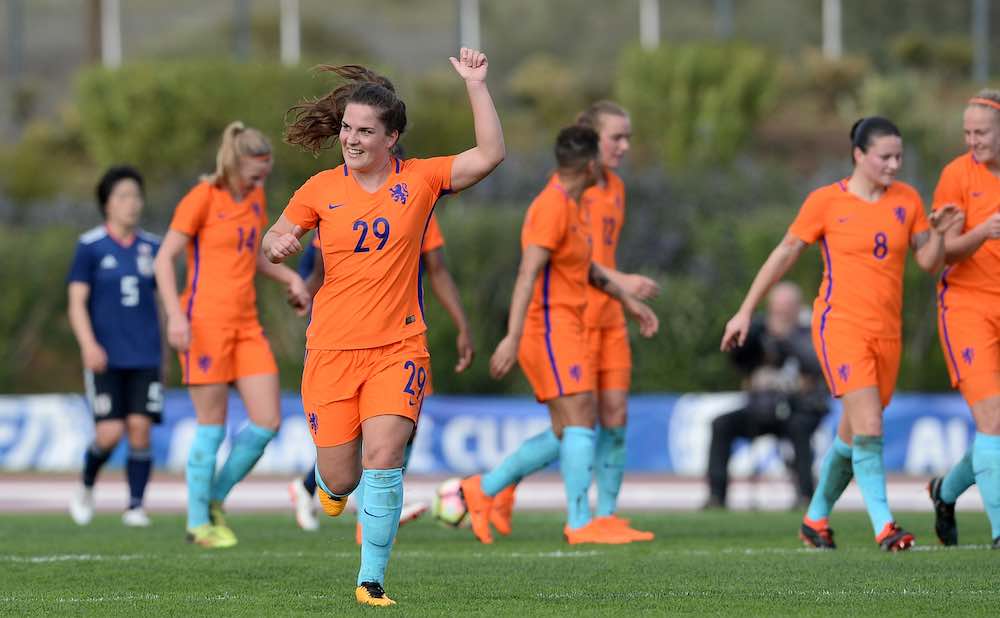 James Rowe spoke to Tottenham Hotspur’s Dutch defender Siri Worm for WFi. They discussed signing for Spurs, national team ambitions, and the best players she has played alongside in her career to date.

You signed for Tottenham Hotspur in 2019. How are you enjoying your time there so far and how would you describe the club?

“I am really enjoying my time at Tottenham Hotspur. I am really happy with the choice that I made to sign for the club. I decided to leave Everton FC and see what would happen, and Spurs came in for me.

“The best way to describe Spurs is that it is a family club that appreciates players both on and off the pitch, and they also provide an environment where players can perform well.

“I felt that I needed such a club. As a player and a person and I really feel at home here.”

You came through the youth setup at FC Twente and went on to make first-team appearances for the club. How do you look back on your time there, and do you have any special memories and highlights?

“I believe that my time at FC Twente has been my most successful and most enjoyable time as a footballer so far in my career.

“We had a really good time and fantastic relationships among the players. We all got on really well. I still have contact with a lot of players from that team and we often speak to one another and reminisce about our time together.

“We have great memories of our time together at the club. It was like that we were one big family and it gave me a feeling that does not come along too often in football.

“We won Eredivisie title, and playing in the Champions League and such experiences make you even stronger as a group. We were friends, and that meant we went to the end of the earth for one another.”

You have also been capped by your country. How do you look back on your time representing the Netherlands, and do you have any special memories or highlights?

“I look back on my time representing the Netherlands with ups and downs. I was often in the starting eleven before my knee injury, and I also had a difficult period after that.

You have experience at club level in the Netherlands and England as well as experience at international level. Could you say are among the best players you have played alongside so far in your career?

“I believe that playing in the Dutch national team setup alongside Vivianne Miedema and Lieke Martens was fantastic.

“I have also faced good opponents in the English League in the likes of Arsenal and Chelsea.”

You lead me nicely to my next question. I can imagine that as a defender that you have come up against many good opponents through the years. Are there any that stand out?

“When I played for FC Twente in the Champions League, coming up against the likes of Olympique Lyon and Paris St Germain, both teams had fantastic wingers.

“Also coming up against the likes of Manchester City and Chelsea who play at Champions League level.

“It is difficult to say in terms of individual opponents but coming up against versatile opponents is often a challenge.”

Finally, Siri, could you say who are the managers and coaches who have played a key role in your development as a professional footballer?

“I would say Arjan Veurink during my time at FC Twente, especially during the time that I was injured, and the part he played in the successful years that we had together. I learned a lot about professionalism in women’s football too.

“You learn something from every manager, and they in turn also help you to develop as a person.

“I must also mention Roger Reijnders who was the predecessor to current Dutch national team manager, Sarina Wiegman, and gave me my debut for the national team.

“These are things that you do not forget as a professional footballer. These are the managers that have helped me to become the player that I am today.”